Home
Stocks
Next Avenue: What will 2030 look like for people over 60? How today’s trends will collide and reshape future life
Prev Article Next Article 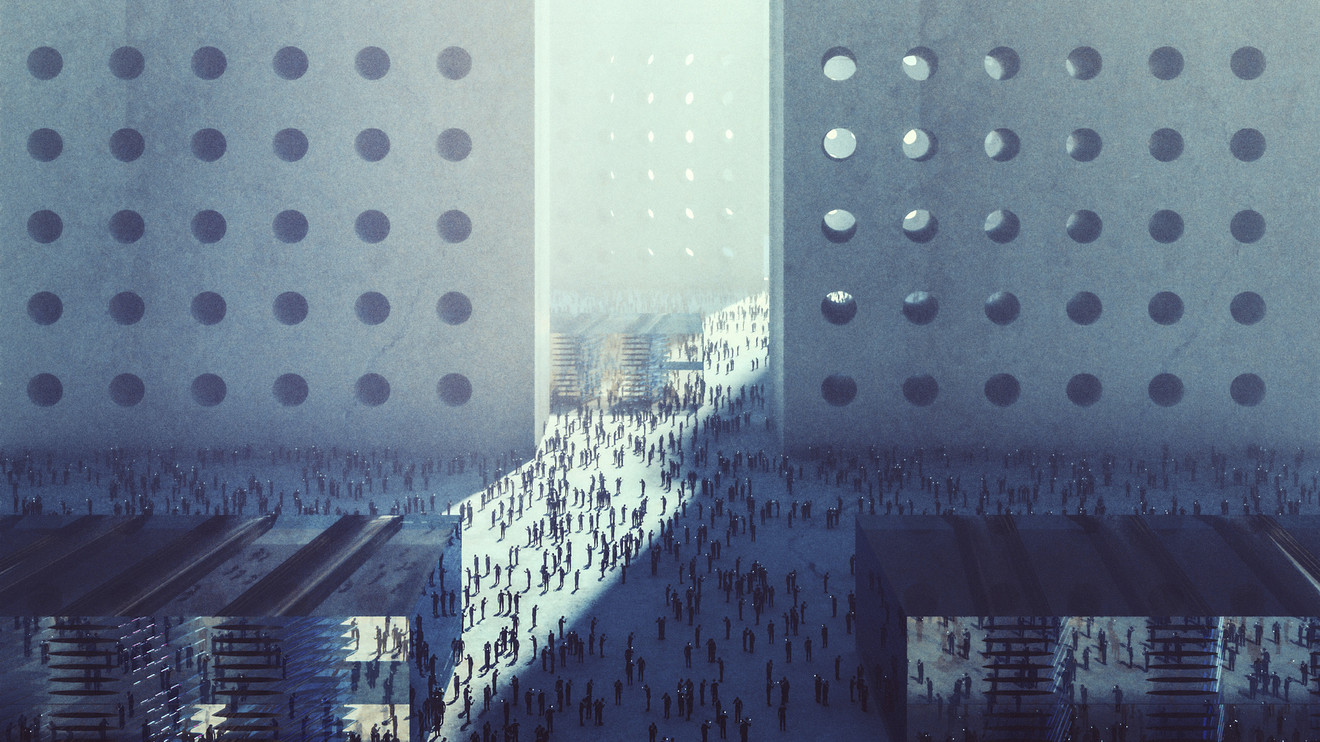 This article is reprinted by permission from NextAvenue.org.

Back in 1982, I remember devouring futurist John Naisbitt’s bestseller, “Megatrends: Ten New Directions Transforming Our Lives.” Now, Wharton management professor Mauro F. Guillén has published “2030: How Today’s Biggest Trends Will Collide and Reshape the Future of Everything.” It’s equally fascinating, for its predictions ranging from the rise of wealth owned by women to sub-Saharan Africa being the birthplace of the next industrial revolution. But I was most taken by Guillén’s forecasts about population aging and its implications.

I spoke with Guillén, 55, about why people 60+ will be key to the ways life will change over the next 10 years and what people in their 50s and 60s should be doing between now and 2030 to prepare. Highlights:

Next Avenue: You say the world as we know it today will be gone by 2030. Why?

Mauro F. Guillén: We know the number of babies has been dropping and that people are living longer. And the number of people over 60 is growing everywhere in the world. By 2030, they will become the largest consumer market segment for the first time in history. Many of them have accumulated wealth and have savings, so they will have the means to enjoy life for hopefully many, many years.

You say the conventional definitions of young and old will be obsolete by 2030 partly because the oldest millennials will be about to turn 50 then. Can you tell me more about this?

Growing old is not the terminology we should be using; it’s just adding years. A 65- or 75-year-old today is, in many cases, a relatively young person who can travel and play sports and enjoy all kinds of things in life.

Millennials are quickly becoming middle-aged. By 2035 or 2040, we will see the first retirements among them.

The meaning of young and old has completely changed when it comes to marketing.

‘Gray is the new black’

You say in the book that “Gray Is the New Black.” What do you mean?

Because the population of people over 60 will be the biggest segment, companies and brands will have no choice but to think about them for the first time. Brands in general, and most ads, don’t target people over 60.

Up until two or three years ago, when I asked many clothing brands why they didn’t have a line for people over 60 in their stores, what they would tell me was: ‘We think it will turn other customers away.” It’s outrageous. Now, they’re realizing the purchasing power, so they’re starting to change their ways.

I do work for cosmetic and personal care and clothing companies that are trying to make brands work for people in their 60s and 70s. And those people don’t want a special brand for them. They want to be part of the community with people in their 50s and 40s.

But there are still a lot of companies and marketers that ignore people over 60. What might trigger them to change their ways?

When large numbers of people turn 60 or 65 start telling brands they’ve used: ‘Look, I’m still here and plan to continue buying, but I’m not the same kind of person as when my father or grandfather was 65.’

Companies will start hearing from customers and will need to adjust.

How do you think we’ll see companies catering to the needs of people over 60 in ways they don’t today?

Robotics and AI (artificial intelligence). We’re going to have to automate ways to help take care of older people at home. Some nursing homes in Japan and in European countries are already purchasing robots for people who can’t take care of themselves.

Another area: Two-thirds of the population over 60 have assets, but as cognitive decline kicks in, they fall victims to financial abuse. It’s a huge problem. I think banks haven’t done that much to help, so Silicon Valley will come up with some solutions.

Also read: This eye-opening experience has me rethinking how Social Security figures into my retirement planning

There has been some good research on using virtual reality (VR) to delay the progress of Alzheimer’s and take care of people with dementia.

The future for Alzheimer’s

I’m not a specialist in this area, but the single most important way of fighting Alzheimer’s is to delay it. If we can delay Alzheimer’s even two or three or four years, that will make a big difference in the quality of life of a large number of people.

Whether they can find a cure? That might not happen by 2030.

What about work? Will we be replaced by robots?

I think everybody should be concerned about that, including professors like myself.

Automation really hits people in their 50s hard because it’s a little too late for some of them to find another line of work, to retool and retrain themselves. We will need programs funded by companies and governments to retrain people in their 50s.

You say that in 2030, more people will work beyond the usual retirement age. I can see why they might want to, and need to. But why do you think employers will be more willing to hire and keep people in their late 60s and 70s?

The gig economy plus remote work create the best possible world to work part-time and still enjoy life. And companies have a need for part-time workers.

Also on MarketWatch: Is 30 too old to work in media? This advertising boss has been forced to apologize after ageism row

I’m quite optimistic about this, actually. I think employers will turn to seniors much more than in the past, for part-time jobs.

Also, people over 60 own about 80% of the net worth in the United States, so some of them have money to put into a new business or the ability to borrow to start a business. The gig economy and technology offer many opportunities to do that.

What do you see for intergenerational collaboration by 2030?

I think the world in which more than half the population is over 60 means it’s impossible to have a society that works, an economy that works, without more intergenerational collaboration.

There is a gap between my wishful thinking and reality, but I think society will be better off if we move in a direction of more intergenerational collaboration.

A lot of us in our 50s and 60s have a lot of stuff and it’s a problem for us. But you see us having fewer possessions by 2030. And you say the number of things we may share — like homes, cars and jobs — may well be nearly endless.

This is the sharing economy. It started with Uber UBER, +2.77%   and Airbnb and other companies, but we still have many parts of the economy where we could do this. Like clothing: Rent the Runway [a subscription service for women to rent clothes] is still niche; it’s not mass market.

I’m hoping that with growing environmental consciousness, that if we share more things, we can be more friendly towards the environment. And often, sharing is less costly.

I think the potential for sharing is enormous.

Social isolation is a growing problem, especially among older people. But you write that technological change will address it. How?

Look at Airbnb. People over 50 are its most important group as hosts because they have space, and maybe they need money. They may also feel lonely. Airbnb surveyed its hosts and found that a feeling of loneliness is one of the three most important motivations to say they want to list.

And then, I hate to say it, but the third example is robotics. I think that before we know it, we will have a boom in companionship products the same way we use television.

One is they shouldn’t be thinking about what their parents or grandparents did at this age. Mindset is really, really important. People in their 50s and 60s today are in better shape than in the past and have better technology.

No. 2: They should realize they will become the largest group in society and that politicians will pay more attention to them because they vote. They will have more leverage. But with great power comes great responsibility. This group will have more power and influence in the marketplace, but they also need to use it judiciously. We don’t want to have an intergenerational war.

The third point is to not be afraid of using technology. Be as up-to-date as possible with everything that has to do with tech. We’re in an explosion of technology and some of the biggest beneficiaries will be people over 60. Tech has a lot to offer.

You wrote the book before the pandemic. But how is the pandemic affecting your predictions? Will it accelerate population aging?

I just added a postscript. The importance of people over 60 will be even greater.

The process of population aging will accelerate because of fewer babies being born due to the recession. So, this demographic will be more important more quickly.

The pandemic also intensifies the use of technology; we’re doing more remote work, play and learning. Without technology, we wouldn’t have been able to survive this crisis.

It’s not that trends will be reversed, but the effect of the pandemic will be to accelerate and intensify these things. Maybe I should change the book’s title to 2028, since the future is arriving earlier.

Richard Eisenberg is the Senior Web Editor of the Money & Security and Work & Purpose channels of Next Avenue and Managing Editor for the site. He is the author of “How to Avoid a Mid-Life Financial Crisis” and has been a personal finance editor at Money, Yahoo, Good Housekeeping, and CBS Moneywatch. Follow him on Twitter.

This article is reprinted by permission from NextAvenue.org, © 2020 Twin Cities Public Television, Inc. All rights reserved.