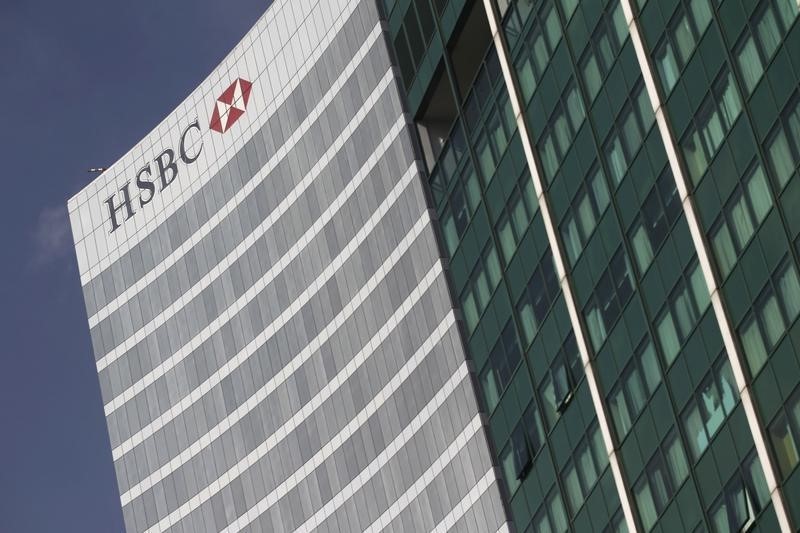 Investing.com — HSBC (LON:HSBA) stock rose over 4% in London to its highest in two months, after the U.K.-based bank said it will sell its Canadian business to Royal Bank of Canada (TSX:RY).

RBC will pay CAD 13.5 billion ($1 = CAD 1.3456) for HSBC Canada’s common stock, plus another CAD 2.1B for its outstanding preferred stock and subordinated debt.

The deal is the latest move by HSBC to withdraw from its global ambitions in an effort to improve profitability, under pressure from its largest shareholder, Chinese insurance giant Ping An (HK:2318).

The deal will bring HSBC a pretax gain of some $5.7B, adjusted for foreign exchange losses, and improve its core tier 1 capital ratio – a key measure of financial strength – by 130 basis points, the bank said.

HSBC repeated that its target of paying out 50% of profits in shareholder returns doesn’t include gains from disposals. All the same, the improvement in the bank’s capital level should make more money available for shareholder returns – albeit only from 2024, given that the bank said the deal is expected to close in late 2023.

HSBC Canada has more than 130 branches and over 780,000 retail and commercial customers, with risk-weighted assets of $31B at the end of 2021. However, it has never threatened to break open the dominance of the big Canadian banks such as Toronto Dominion (TSX:TD), Bank of Montreal (TSX:BMO) and RBC. The costs of growing the business to a point where it would have more pricing power to widen its profit margins were thus considered too high.

“Our Group strategy is unchanged, and closing this transaction will free up additional capital to invest in growing our core businesses and to return to shareholders,” CEO Noel Quinn said in a statement.