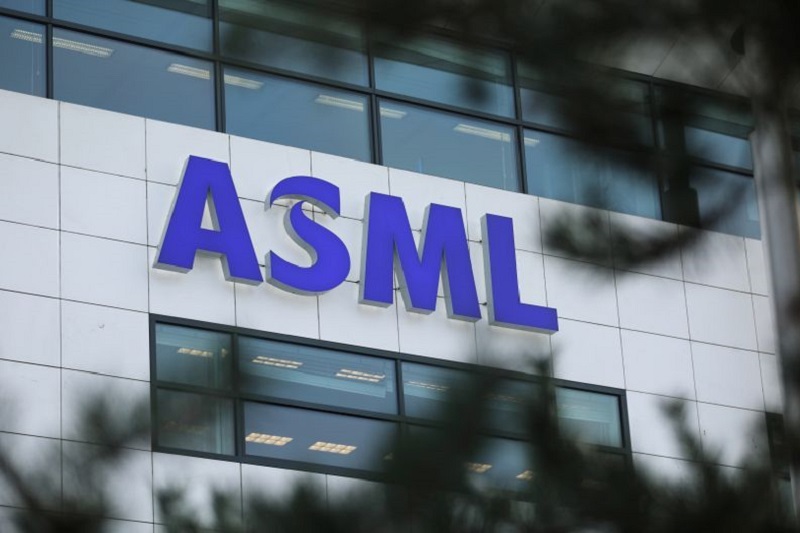 Investing.com — ASML Holding NV (AS:ASML) has predicted that first-quarter sales will come in above analysts’ forecasts, although the major semiconductor supplier flagged several risks to its near-term guidance.

The Dutch firm now sees net sales during the first three months of its 2023 fiscal year coming in at between €6.1 billion and €6.5 billion, topping Bloomberg consensus estimates of €6.07B (€1 = $1.0881). Over the entire year, sales growth is expected to be above 25% and gross margin is anticipated to improve slightly compared to 2022.

Ahead of the results, the outlook for ASML was clouded by reports that the Dutch government may place more limits on its sales to China, which accounts for about 15% of its total revenue. Sales of its most advanced machines in the country were previously restricted in 2019. ASML is the only firm in the world capable of manufacturing the extreme ultraviolet lithography machine, a key component in the production of advanced chip technologies.

“Our customers indicate that they expect the market to rebound in the second half of the year,” Wennink added. “Considering our order lead times and the strategic nature of lithography investments, demand for our systems therefore remains strong.”

Net sales in the final three months of 2022 jumped by 11% versus the prior quarter to €6.4B, nearing the midpoint of the company’s guidance.

Gross margin of 51.5% beat ASML’s own forecasts as well. Wennink said this was due in part to an insurance settlement connected to a fire last year at a factory in Berlin.