Home
Stocks
Where Should I Retire?: We want to retire to somewhere our kids and grandkids would want to live too. Our budget is $7,000 a month — where should we go?
Prev Article Next Article
This post was originally published on this site 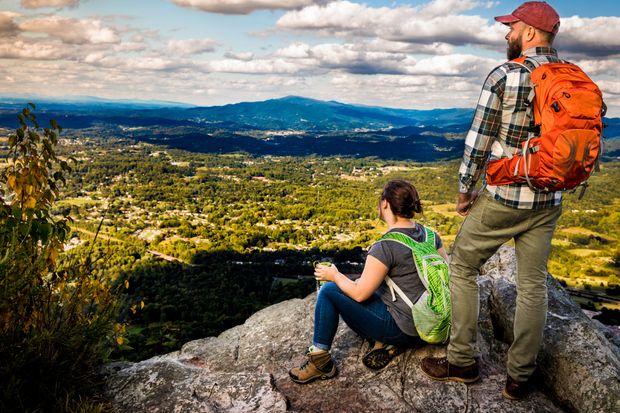 We want to avoid high-humidity summers, but also try to stay away from the desert heat. Trying to avoid shoveling a lot of snow, too.

We like gardening, cycling, hiking, boating and fishing, so access to water would be a blessing. It would be great to afford a half-acre or more.

Our next two generations may follow us, so employment opportunities for them would be an extra benefit.

I’m stumped on where to go, so your help would be greatly appreciated.

Congratulations on being on the cusp of retirement and the start of a new adventure.

I’m hearing you say both the South and the Southwest are out, given the weather. There are still plenty of options, but you may have to compromise a bit on winter weather. (How much snow? How much rain?)

If you want the next two generations to follow, you need an area where unemployment has been below average (at least pre-pandemic). A fast-growing area could be a bonus. You may want to ask them what trade-offs they’re willing to accept before you pick a spot. I hope it’s not just wishful thinking on your part.

A thought: Why not look for a townhouse or over-55 community where the fees to the homeowners association include snow shoveling? Maybe mowing too? That might mean giving up on the half acre, but you can still do a lot of gardening on less land. Just check those HOA rules. A community garden could be a backup plan. Regardless, don’t underestimate how much work a half-acre can be!

Read: Four questions to ask when looking for a 55+ active adult community

Here are three very different places to consider. The MarketWatch “where should I retire” tool can point you to more possibilities. 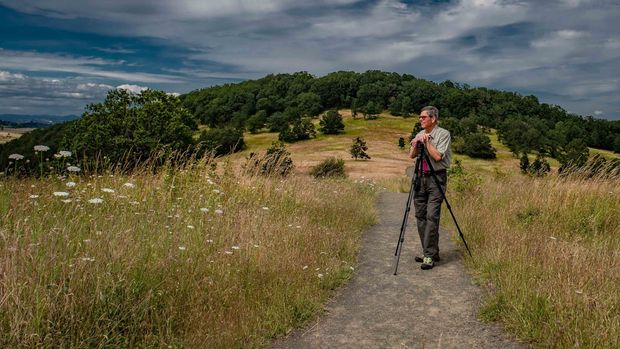 The Ankeny National Wildlife Refuge is just south of Salem._ReedLanePhotography

You will escape summer humidity in the capital of Oregon, home to 175,000 people. You also won’t have to shovel much — though the flip side is rainy winters.

You’ll find those fishing opportunities on the Willamette River within city limits, but you can also drive less than 45 miles to Silver Falls State Park, considered a crown jewel in the state parks system. Two hours east is stunning Detroit Lake, 400 feet deep and more than 9 miles long. It’s in the Willamette National Forest, which covers 1.6 million acres over eight wilderness areas, so you’d also have plenty of hiking options. And when you want to bike, start with Salem’s 11-mile Minto-Brown Island Park Paved Path.

Salem is in the center of the Willamette Valley, so vineyards aren’t far away. If grapes can thrive, so can your garden.

Housing costs are slightly above the national average. Here’s what’s on the market now, using listings on Realtor.com (which, like MarketWatch, is owned by News Corp.). You can easily flip to see rentals.

An alternative could be Corvallis, suggested here.

Read: Health care will cost this much in retirement — but probably even more 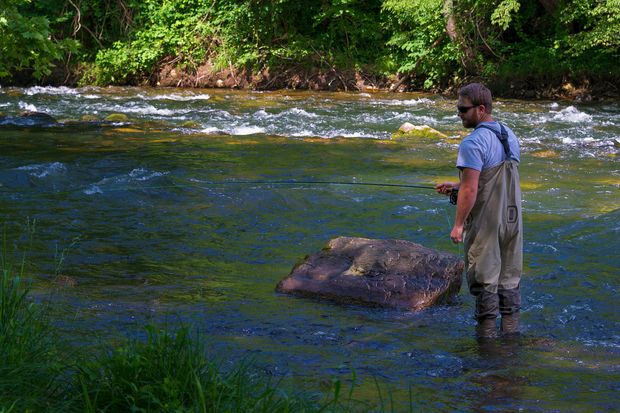 A man fishes in the Watauga River at Sycamore Shoals State Park near Johnson City.

This part of northeastern Tennessee could make the fisherman in you quite happy.

You’d also be just west of the Blue Ridge Mountains, so there are plenty of hiking opportunities. In fact, the Appalachian Trail isn’t far away if you want to hike some segments. Biking? Start with the 10-mile Tweetsie Trail to Elizabethton.

Blue Ridge Outdoors magazine has described the reader-chosen winner of its 2018 top midsize town vote as a relatively new adventure town with a “reawakened downtown.”

You’ll have moderate summer humidity and average July highs in the mid-80s. Average snowfall in January is 3 ½ inches, so there’s not much shoveling to do.

Away from outdoor activities, Johnson City boasts of its live music scene. Eastern Tennessee State University, which is here, has a prominent bluegrass music program.

On the money side, Tennessee has no state income taxes, and the phaseout of its tax on investment income (known as the Hall Tax) will be completed on Jan. 1. Housing costs run well below the national average; they’re the cheapest among my three suggestions.

Johnson City also is the smallest of the three suggestions, with around 67,000 people. The broader tri-cities metropolitan area, which sprawls into southwestern Virginia, is home to more than 500,000.
If this is too small for the younger generations, they may want to base themselves in Knoxville (suggested here) less than two hours away.

If Johnson City isn’t quite right, an alternative might be Roanoke, Va., recommended here.

Read: What should you with all that money you saved for retirement? This man is spending it, and it feels great 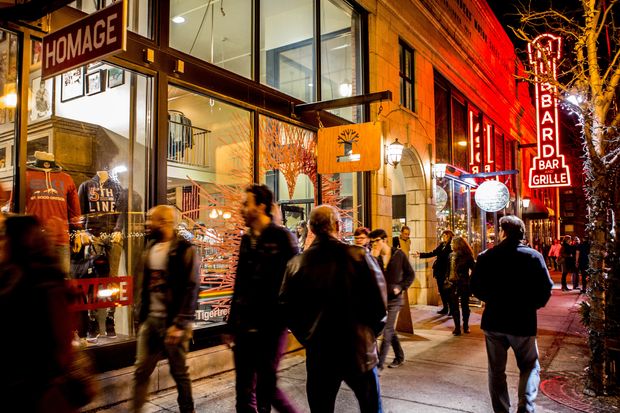 A street in the revitalized and vibrant Short North Arts District in Columbus, Ohio.

You can find your half-acre lot here, in the capital of Ohio, or you can look in Franklin County’s suburbs.

Fast-growing Columbus has 900,000 people and is home to Ohio State University. The wider metro area tops 2 million, so you’ll find a range of communities as well as home prices and rents. The website Livability described Columbus as “quickly becoming one of the most popular cities for millennials” when it put it on its list of 100 best places to live in 2019. It jumped to 11th in 2020, when the list was reconfigured for our COVID-19 world and the increased ability to work from anywhere.

One reason is jobs. The younger generations will find corporate headquarters of companies like Cardinal Health, Nationwide Insurance and L Brands as well as many other big-name employers.

For the water lover in you, check out Griggs Reservoir on the west side of the Scioto River in Columbus, toward the suburb of Hilliard, and the boat club there. Or head to one of several lakes north of the I-270 loop.

I know…you’re thinking it’s the Midwest, so what kind of hiking can there be? Woodland options abound. Start with Christmas Rocks State Nature Reserve 40 miles southeast of the city. . Or tackle the Buckeye Trail—more than 1,400 miles that loop around the state.

You’ll find many bike trails, including the 25-mile Alum Creek Greenway Trail. This one is also part of the 326-mile Ohio to Erie Trail between Cincinnati and Cleveland, if you want to keep pedaling.

Weather-wise, it’s no surprise that you will get four seasons. January is the snowiest month, with an average of nearly 7 inches. Average summer highs reach the mid-80s, and humidity is moderate. Your garden will love it.

Despite its size, housing on average doesn’t cost much more than in Johnson City. See what’s on the housing market in Columbus and across Franklin County using Realtor.com.

Readers, where do you think Russ and his wife should retire? Leave your suggestions in the comments section.

Now read: We want to leave cold Midwest states for ‘warmer and drier climes’ and affordable health care on $44,000 a year — so where should we retire?