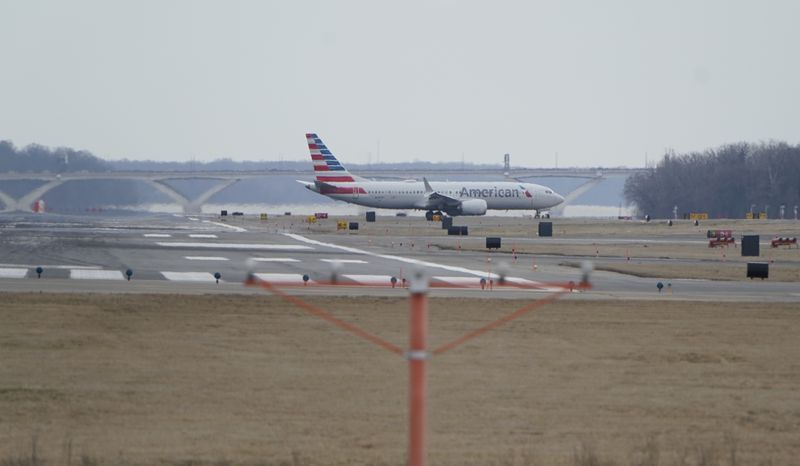 By Tracy Rucinski and Akanksha Rana

CHICAGO (Reuters) – U.S. airlines are seeking to quickly reduce their workforces through early retirement packages or unpaid leave of up to 12 months with medical benefits in an effort to cut costs as the rapid spread of the coronavirus keeps people from flying.

Moves by American Airline Group Inc (O:) and Delta Air Lines Inc (N:), first reported by Reuters, were a further sign that airlines do not expect a quick rebound to depressed travel demand and must save costs.

“Based on the decline in air travel, we need to quickly line up our staffing levels with the reduced flying schedule,” American said in a message to flight attendants seen by Reuters. The carrier said “it’s likely to take a long time for the airline industry to bounce back.”

American has more than 86,000 unionized mainline employees, including about 25,300 flight attendants and 13,800 pilots.

Under a deal offered to workers on Tuesday, flight attendants, mechanics and gate agents can opt for a period of six, nine or 12 months of unpaid leave while keeping medical benefits and travel privileges. They can also take early retirement with two years of medical benefits, but no pay.

Pilots have reached a separate, more attractive deal with the company that would allow early retirement for ages 62 to 65 at half pay and medical benefits. The mandatory retirement age for U.S. airline pilots is 65.

American has not offered any leave or early retirement options to ticket reservation employees, who are in high demand as customers rush to cancel or rebook tickets.

Meanwhile, more than 5,000 Delta flight attendants have taken a voluntary unpaid leave option starting in April after the company extended a deadline for requests, according to two Delta employees, who declined to be named because they are not authorized to speak to the media.

The people said the reasons for taking unpaid leave varied from a sense of solidarity among flight attendants who may have other family income, to family care needs as schools close or the emotional toll of being potentially exposed to the virus.

Delta has extended unpaid leave options through July, according to a memo seen by Reuters. It is also paying flight attendants’ medical premiums while on leave, but the cost will be deducted from their paychecks when they return to work, the employees said.

The take-up for April represents around 1/5 of Delta’s 25,000 flight attendants, but still means the company would have more employees than it needs to serve a drastically reduced April flying schedule.

Delta said on Saturday it had reached an agreement with its pilots union to manage overstaffing in April with partially paid schedules and coronavirus-related sick leave.

The Association of Flight Attendants-CWA, which represents 50,000 flight attendants at 20 airlines, including United Airlines (O:), said it was continuing to work on different plans at each of the companies it represents “in case things get worse.”

Airlines for America – the trade group representing American, Delta, United, Southwest Airlines Co (N:) and others – is seeking a federal aid package, including $25 billion in grants and $25 billion in loans, they say is needed to survive an unprecedented downturn in demand.

They also seek tax relief that could be worth tens of billions of dollars through the end of at least 2021.