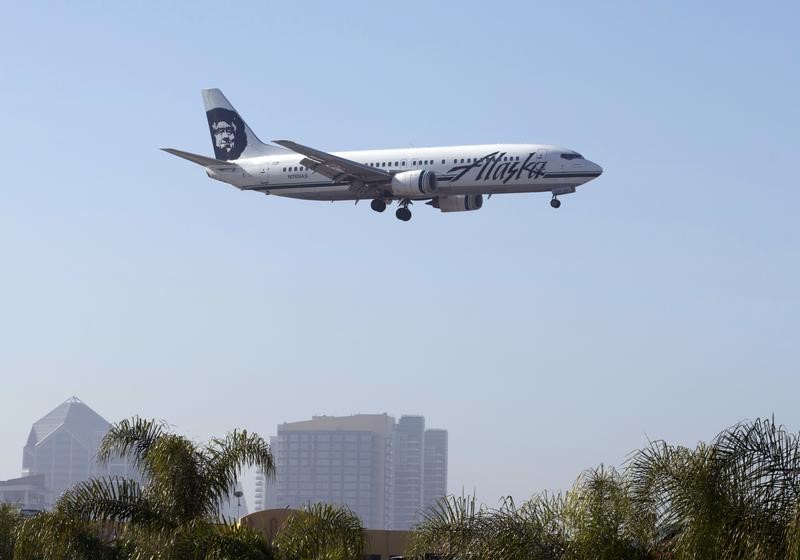 JetBlue Airways (NASDAQ:JBLU) Corp. scratched 175 flights, accounting for 17% of its schedule, by 4:20 p.m. Thursday in New York, according to FlightAware.com. Allegiant canceled 96 flights, or 19% of its service. United Airlines Holdings (NASDAQ:UAL) Inc. scrubbed 199 flights, representing 9% of its schedule.

The disruptions come after thousands of flights were canceled over the Christmas holiday weekend and into early this week as winter storms combined with staffing shortages caused by the spread of coronavirus cases from the omicron variant.

“Like many businesses and organizations, we have seen a surge in the number of sick calls from omicron,” JetBlue said by email. To give customers time to make other plans, the New York-based carrier pared its schedule through Jan. 13.

While federal guidance reducing the isolation period for many people testing positive to five days from 10 is expected to help staffing, “we expect the number of Covid cases in the Northeast — where most of our crew members are based –- to continue to surge for the next week or two,” JetBlue said.

Along with personnel issues, border restrictions tied to the surge in cases have also dampened the global outlook for travel. Cathay Pacific Airways (OTC:CPCAY) Ltd. almost halved the number of flights into Hong Kong from outside China next month. British Airways plans to scrap flights to the territory through March.

The impact looks set to persist well into the new year. Airlines worldwide eliminated about 8.4% of the flights they had planned for January during the past four weeks, based on data from BloombergNEF, which tracks demand for jet fuel.

The drop is even more severe in Europe, at 15% of January flights canceled, after some countries imposed new restrictions on cross-border travel to try to stem the spread of omicron. France eased one concern for U.K. nationals, saying they will be allowed to travel through to other destinations by car, train or plane, though most Britons aren’t able to stay in France without a compelling reason.

By comparison, the U.S. flight schedule is holding up well, with just 3.9% of flights planned for next month on the chopping block, according to BloomergNEF.

The Transportation Security Administration said it screened 2.02 million people around the U.S. on Wednesday.

Denver, Atlanta and Los Angeles were among the hardest hit for cancellations and delays Thursday afternoon, according to FlightAware, amid strong winds and precipitation.

No relief is expected through the weekend.

Heavy snow is expected in much of the West on Thursday, according to the National Weather Service, while snow and an icy mix are “expected to paint a swath of hazardous travel conditions New Year’s Day from the front range of the Rockies to the Midwest and Great Lakes.” More than 650 flights already have been canceled for Friday and about 400 are already scratched for Saturday.

U.S. airlines probably won’t see much impact on earnings, said Cowen analyst Helane Becker. Most canceled flights will be rebooked and carriers may use larger planes to consolidate service, she said.

“The airlines are doing their best to accommodate passengers,” Becker said by email. “But as it affects earnings, we don’t think it’s going to be significant to fourth-quarter results.”