Home
Stocks
: This central bank says it was effective on the metric that really matters ⁠— happiness
Prev Article Next Article 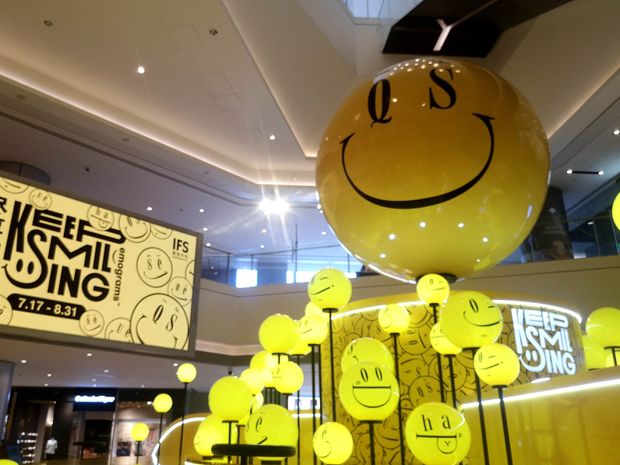 A smiley face art installation was set up in the atrium of the National Gold Center in Jiangbei District, Chongqing, China, on July 24, 2020.

The Bank of England, in a blog post called “monetary policy and happiness,” says it has been successful in raising what it called the well-being of most households. And really what the central bank was doing was preventing frowns from being too large, rather than outright smiles.

In essence, what the Bank of England did by cutting interest rates and buying bonds was to lower the incidence of unemployment, and related financial distress.

“It is important to remember that this is a boost to well-being relative to what would have otherwise have happened. Unemployment and financial distress still rose overall during this period, but by less than they would have done without monetary policy interventions,” say Bank of England researchers Philip Bunn and Alice Pugh.

Now, even the central bank admits, the happiness boost wasn’t great. Changes in monetary policy after 2007 are estimated to have raised average well-being by around 0.25% by 2012-14, the researchers say.

“While this sounds small, households’ well-being scores have remained broadly stable since the mid-1990s, only moving in a range of about 5%,” the researchers say. 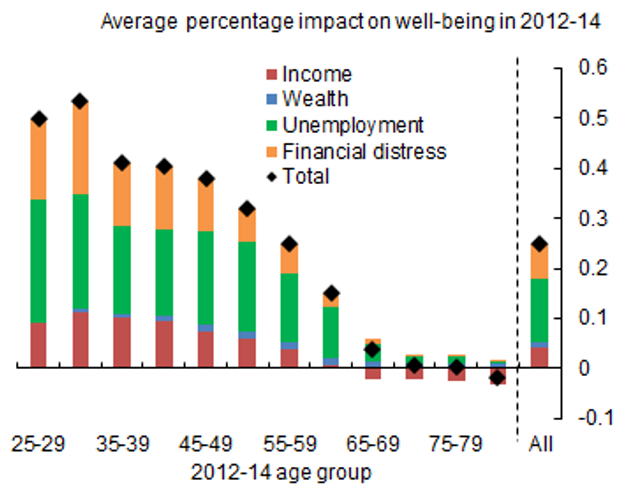 There also was a distributional aspect ⁠— younger households tend to have less secure jobs and larger debts, and so have benefited the most from monetary policy reducing the probability of unemployment and financial arrears, they added.

Older households however tend not to be in work or to hold much debt. They also lose out, on average, from lower interest rates as savers.