Home
Stocks
The Number One: That’s rich: Both Trump and Oprah bumped from the Forbes 400 list
Prev Article Next Article 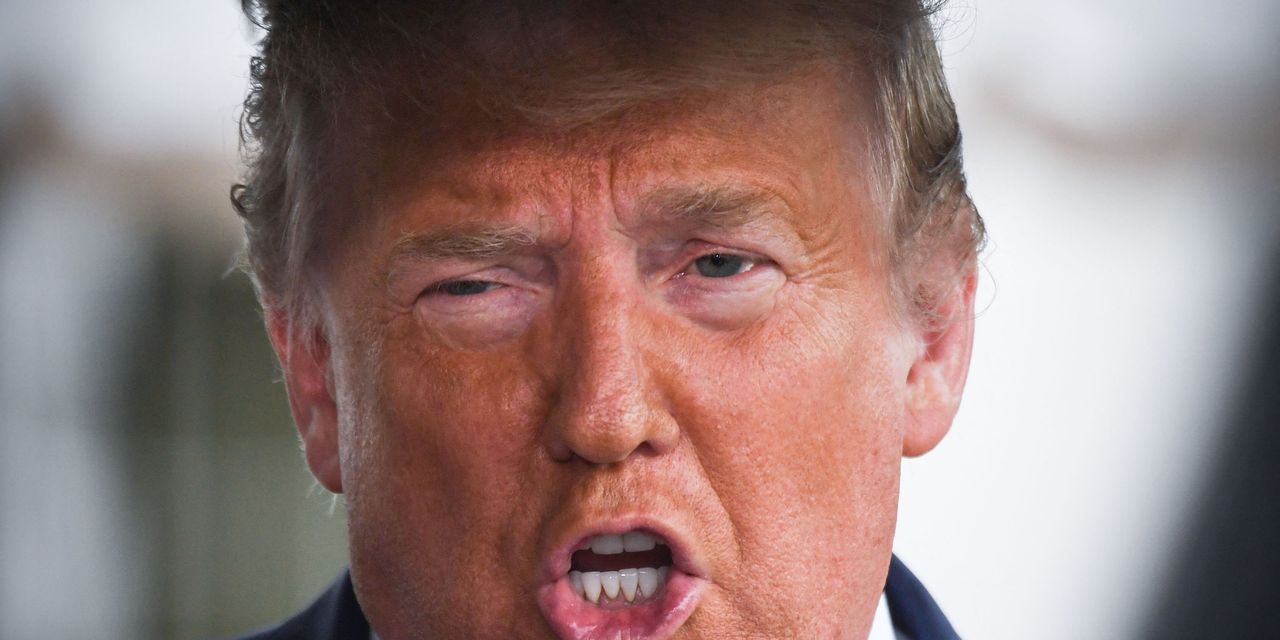 The latest Forbes 400 list ranking the wealthiest Americans was released on Tuesday — and some familiar faces were cut from the elite club this year.

The minimum net worth required in order to make the 2021 list was a staggering $2.9 billion — which is up from the $2.1 billion cutoff amount of the previous three years. That knocked 51 billionaires off of the Forbes 400 in 2021, including former President Donald Trump and media mogul Oprah Winfrey.

Trump fell off the Forbes 400 rankings for the first time in 25 years, coming up $400 million short with a net worth of $2.5 billion. The publication noted that the former president was No. 399 on the list last year, but the COVID-19 pandemic has hit his big-city real estate properties hard. His fortune has fallen $600 million since the start of the pandemic, which took him off the list.

Winfrey first made the list in 1995 with a net worth of $340 million. But her current $2.6 billion fortune was still shy of placing in the top 400 richest Americans. In fact, of the 51 billionaires who didn’t make the cut this year, 31 are actually richer than they were a year ago, Forbes reports. But they were bumped off by other billionaires who are worth even more.

For the fourth year in a row, Amazon
AMZN,

founder Jeff Bezos topped the list as the wealthiest person in America with a net worth estimated at $201 billion. Elon Musk of Tesla
TSLA,

Here are the top 10 richest Americans on this year’s Forbes 400 list, with their net worth and source of wealth.

While many in the U.S. have struggled financially as the pandemic persisted and cases of the delta variant surged across the country this year, the nation’s rich got richer. The collective wealth of the 400 wealthiest Americans increased 40% over the last year to $4.5 trillion, according to Forbes. Meanwhile, the median net worth for a typical American family is $121,700.

Forbes used stock prices and exchange rates from Sept. 3, 2021, to calculate fortunes of the super rich.

At 282 people, around 70% of the list is “self-made,” meaning they either started a company or helped build one as opposed to getting their wealth from an inheritance.

There were 44 newcomers to the list this year. Sam Bankman-Fried, the founder and CEO of cryptocurrency exchange FTX, is the youngest to make the list at 29. He’s also the richest self-made newcomer in Forbes 400 history, worth $22.5. The oldest billionaire on this year’s list is real estate developer and former Washington Nationals owner Ted Lerner, 95, worth $4.7 billion.

The number of women on the Forbes 400 remains unchanged from last year at 56. The women — accounting for just 14% of the list — are worth a collective $564 billion. For the seventh year running, Walmart heiress Alice Walton remains the richest woman in the U.S. with a net worth of $67.9 billion. Her fortune went up $5.6 billion since last year’s rankings thanks to a 13% rise in Walmart
WMT,

And despite giving away nearly $8.6 billion since 2020, Mackenzie Scott holds on to the title of second richest woman in the U.S. for a second year in a row. Scott, the ex-wife of Amazon founder Jeff Bezos, is still $1.5 billion richer than last year due to Amazon’s rising stock price.

And in terms of dollars donated, Warren Buffet leads the pack. Forbes estimates more than $45 billion of Buffet’s fortune, which now stands at $102 billion, has been given to nonprofits. Hedge fund manager George Soros has given away the highest percentage of his original fortune, at 64%.