It’s easy to have a healthy dose of skepticism about St. Barthélemy, the small, bougie Caribbean getaway known for its lavish hotels, white sand beaches, turquoise waters, and high-flying clientele. That is, until you laze by an infinity pool there yourself and begrudgingly realize this luxurious French island is one of those gems that should be experienced at least once.

Still, a trip to St. Barth’s is even better if you stay during the first week of November, when the world’s foremost experts in French gastronomy converge on the island for the Saint Barth Gourmet Festival.

Launched in 2013, the five-day festival invites six to eight award-winning French chefs to cook a unique set of meals for guests at the restaurants of several of the best hotels on the island, including Le Barthélemy, Le Sereno, and Le Toiny. Meals start at $105 per person for a four-course meal and top out at nearly $143 per person for eight courses. (Wine and cocktails, of course, cost extra.)

The challenge—besides persuading these chefs to temporarily abandon their perches at several of France’s best restaurants for one to two weeks—also involves the chefs’ working with local produce, meats, and ingredients. The island may be largely French-speaking—and its inhabitants a warm and handsome bunch of convivial twentysomething imports—but cooking in St. Barth’s at (or approaching) Michelin-star level presents its own unique challenges. (Seven of the eight chefs who participated in this year’s festival, excluding the widely acclaimed Taku Sekine, have run Michelin star–decorated kitchens or restaurants.)

“When I travel, I never do a menu at 100%, because you’re often working with a different set of ingredients, and there are also unexpected challenges that may come up,” explains Sekine, who is chef and owner of restaurant Dersou in Paris and a member of a new wave of acclaimed Parisian chefs who have shrugged off the notion of offering more traditional French fine dining in lieu of a more casual, intimate experience. “When I do things like this, I like to operate at 60%, and I serve a menu that allows for last-minute changes and alternatives.”

Although Sekine specializes in “menu degustation” at Dersou—an ever-changing selection of Asian-inflected French cuisine improvised by Sekine the day of—the French-speaking Japanese chef, who originally hails from the Japanese prefecture of Kanagawa, made a rare exception and planned his menu for St. Barth’s weeks ahead this time: a streamlined four-course meal with an amuse-bouche of lobster tartare, cauliflower cream, and lime; an appetizer involving pan-fried foie gras with porcini; lentil caviar; dashi with Kaffir lime; and a main course of roast duck, chestnut, chanterelles, baby lettuce, and tamarind sauce.

One of the highlights of this year’s festival? A five-course meal prepared by Guillaume Goupil, executive chef at Michelin-starred Le Baudelaire, tucked inside Le Burgundy hotel in Paris. His menu proved a slow crescendo in savory excellence: a mouthwatering beef tartare, for instance, accented with lemon zest, potato cream, and Kristal caviar, which gave way to a course of supple, grilled lobster with crown of fresh corn pasta perched in foamy ginger broth—a personal favorite from the entire festival.

Goupil closed the meal with a rack of veal accompanied by coffee Jerusalem artichokes, spinach leaves, and reduced meat jus, followed by a dark chocolate tart with mango and passion fruit sorbet.

“When I was looking at what to do with my menu, I looked at what many of the best restaurants in St. Barth’s already had to offer, thought about many of the local ingredients, and did my best to highlight some of the local products of the island,” says Goupil.

Jean-Denis Rieubland’s four-course menu was nearly as impressive. The executive chef, who has spent the past 31 years in restaurants honing his culinary skills, received the Meilleur Ouvrier de France—a prestigious French award given every four years—in 2007 before earning two Michelin stars at the helm of Le Chantecler at the Hotel Le Negresco in Nice, France. Rieubland then went on to become executive chef of Royal Champagne Hotel & Spa, which was awarded its first Michelin star six months after opening. Like Sekine, Rieubland adopted a less-is-more approach to his menu in St. Barth’s, with courses like crab cakes flavored with Kaffir lime and citrus marmalade and pan-fried sea bass with spinach and zucchini.

But his filet mignon, wrapped in nori, topped with osetra caviar, and surrounded by stir-fried chanterelles, proved the highlight of the evening. The caviar’s saltiness served as the perfect complement to the beef’s subtle flavorings.

As Sekine suggested, accidents can happen, particularly when you’re a chef flung thousands of miles away into a foreign kitchen with new produce and ingredients to work with. That was the case with Arnaud Faye. Although Faye, an award-winning chef and recipient of 2018’s Meilleur Ouvrier de France, has run the kitchens of multiple Michelin star–decorated restaurants—including one at the Mandarin Oriental in Paris, which received two Michelin stars less than a year after opening, and two-star La Chèvre d’Or—his seven-course meal was perhaps too ambitious in scope and slightly lacking in execution. His menu, and two courses in particular—the potatoes with chives, shellfish, and La Maison Nordique caviar, as well as the saddle of lamb atop bulgur with grilled eggplant sauce—were certainly serviceable, but failed to stand out amid the menus of some of his culinary counterparts. Faye is undoubtedly a culinary master, but his menu that evening was a rare stumble. (It’s also worth noting the Hotel Christopher’s restaurant appeared overrun that night, as not only did I wait 30 minutes for my last course, I never received it and eventually walked out.)

The Saint Barth Gourmet Festival is that relatively rare alignment of culinary stars. Whether you’re a discerning connoisseur of French gastronomy or an easy-to-please foodie who enjoys lying on the beach and sipping endless rosé, the experience is well worth it, despite the occasional dining hiccup—even if it means vowing you’ll hit the treadmill and adopt a paleo diet on the flight home.

—This Vegas casino just completed Sin City’s most expensive renovation ever
—Escape the Game of Thrones crowds and enjoy a luxury Croatian vacation in Dubrovnik
—Your modern weekend away meets the Old West in this sleepy California town
—Mexico’s most enticing getaway: San Miguel de Allende
—This hotel is made up entirely of tiny houses
Follow Fortune on Flipboard to stay up-to-date on the latest news and analysis. 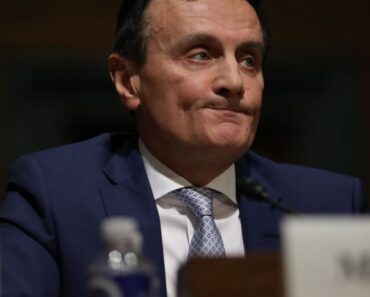