Home
Market
PG&E, Newsom Clash Over a Clause That May Allow State Takeover
Prev Article Next Article
This post was originally published on this sitehttps://i-invdn-com.akamaized.net/content/pic42dca10265a02d6702640740f9f3d6b4.jpg

(Bloomberg) — A clause that would allow California to take over bankrupt utility giant PG&E Corp. (NYSE:) under certain circumstances has emerged as a big sticking point in negotiations between the company and Governor Gavin Newsom.

Newsom wants the power company to include a provision in its reorganization proposal that would allow the state to take control of its assets if it fails to meet performance and safety metrics. Negotiating such a clause has become one of the biggest challenges in talks between the company and the governor’s office, people familiar with the situation said, asking not to be identified because the information isn’t public.

Newsom’s support is crucial to PG&E’s efforts to exit the biggest utility bankruptcy in U.S. history by a state-imposed deadline of June 30. The power giant filed for Chapter 11 in January after its power lines were tied to deadly blazes that erupted across Northern California in 2017 and 2018, leading to an estimated $30 billion in liabilities.

Now that PG&E has reached settlements with wildfire victims and their insurers — two groups at the center of its reorganization — Newsom’s sign-off becomes the biggest obstacle in the company’s efforts to get a restructuring deal done.

“The governor has been clear about the state’s requirements — a new and totally transformed entity that is accountable and prioritizes safety,” Newsom’s office said in a statement. “Critically important to that is ensuring that the new entity has the flexibility to fund this transformation. These points are not negotiable.”

PG&E intends to comply with the state’s requirements and will continue to address the demands raised by the governor in his letter, the San Francisco-based company said.

“PG&E has been engaged in constructive dialogue to address those concerns with the common objectives of having PG&E be safe, sound and financially stable upon emergence from Chapter 11,” the company said in its statement. “PG&E expects this dialogue to continue.”

Any reorganization would have to be approved by a state utility commission that the governor appoints. And the company will have to prove to Newsom’s office that it has fully resolved its bankruptcy and past wildfire liabilities by June if it wants to participate in a new fire insurance fund to avoid future catastrophic losses.

Read: PG&E Will Have to Answer to California’s Newsom, Just Not Today

Newsom has also ordered PG&E to replace its entire board and come up with a better financing plan that’s cost-neutral for its customers and isn’t so dependent on expensive short-term bridge financing. The company and the governor’s office are working on those demands, people familiar with the talks said.

Meanwhile, a rival restructuring plan being pitched by PG&E bondholders including Pacific Investment Management Co. and Elliott Management Corp. already includes a clause that would allow for a state takeover. But the option would only kick in if the company is found guilty of willful misconduct related to a future fire — and only if the blaze burns than 5,000 buildings, according to documents obtained by Bloomberg.

The creditors’ plan hasn’t been approved in bankruptcy court or by the governor’s office and faces its own challenges. 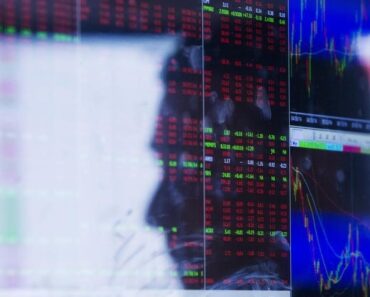