Reserve Bank of Australia governor Philip Lowe stood firm on Tuesday against markets pricing several interest rate rises this year, showing he was adamant that rates would not rise until inflation is “sustainably” within the target range.

That hasn’t shaken markets’ conviction any, with a RBA rate rise priced for as early as May.

A similar drama may play out in Europe, where markets are wagering the European Central Bank will raise interest rates by 10 basis points, almost three times this year. Bets are starting to be placed in fact on a July move as well.

To quote ECB boss Christine Lagarde, a 2022 rate rise does seem “very unlikely”. That’s what she said last month but since then, she will have watched robust Q4 economic readings trickle in, including German annual inflation on Monday at 4.9%.

Chances are euro area price growth will overrun the ECB’s 3.2% average forecast for this year.

GRAPHIC: When will euro zone inflation peak? https://fingfx.thomsonreuters.com/gfx/mkt/myvmnjmkkpr/ECBFEB1.PNG With ECB rate rise bets piling up and four-five Fed rate hikes discounted already for 2022, the euro bounced off 19-month lows against the greenback and German bond yields rose to the highest since 2019.

If jobs data later on Tuesday shows wage pressures on the rise, Lagarde will, like Lowe, find herself battling markets at the Feb. 3 ECB meeting.

Meanwhile, is it time to call time on the equity selloff? On the last day of January, global stocks managed a 1.7% rebound, led by a 3.5% jump in the Nasdaq.

For now, a firmer session appears to lie ahead. In Europe, good news continues to trickle in on the earnings front, with UBS the latest bank to post forecast-beating profits and a bumper buyback programme.

Key developments that should provide more direction to markets on Tuesday: 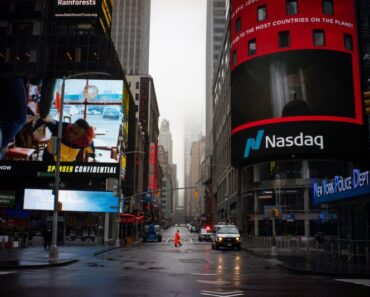