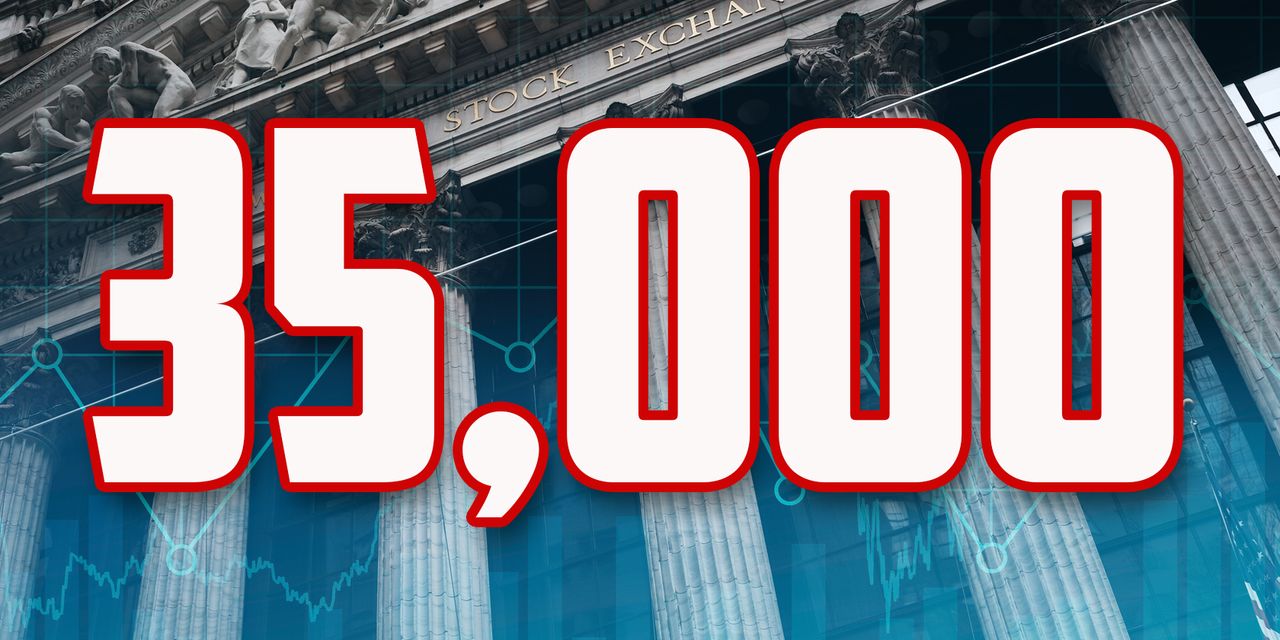 The sixth time was a charm for the Dow Jones Industrial Average, closing above the largely symbolic 35,000 milestone for the first time Friday, as the stock market capped a buy-the-dip rebound from a sharp selloff that opened the week.

So what does it all mean? Not much, analysts said, though they noted moves beyond big, round numbers tend to attract attention.

“35,000 represents another one of those symbolic milestones for the market,” he said, “especially when you consider the index fell below 20,000 just over a year ago.”

If you like your milestones in bigger increments, it took the Dow 165 trading days to run from a close above 30,000 to a close above 35,000, its fastest 5,000 point milestone, according to Dow Jones Market Data.

All three major indexes ended at records on Friday. The rally capped a week that began Monday with a heavy selloff that saw the Dow fall 2.1% for its biggest one-day drop since October. The bounce was attributed to easing worries about the economic impact of the spread of the delta coronavirus variant and upbeat corporate earnings.

And it was an impressive bounce. Dow Jones Market Data noted that the last time the Dow fell at least 2% on a Monday and closed at a record on the Friday of that week was in August 1991. That’s also the last time the S&P 500
SPX,

fell 1.5% on a Monday and finished at a record the following Friday. And the Nasdaq Composite
COMP,

had never before fallen 1% on a Monday and closed at a record on a Friday of the same week.