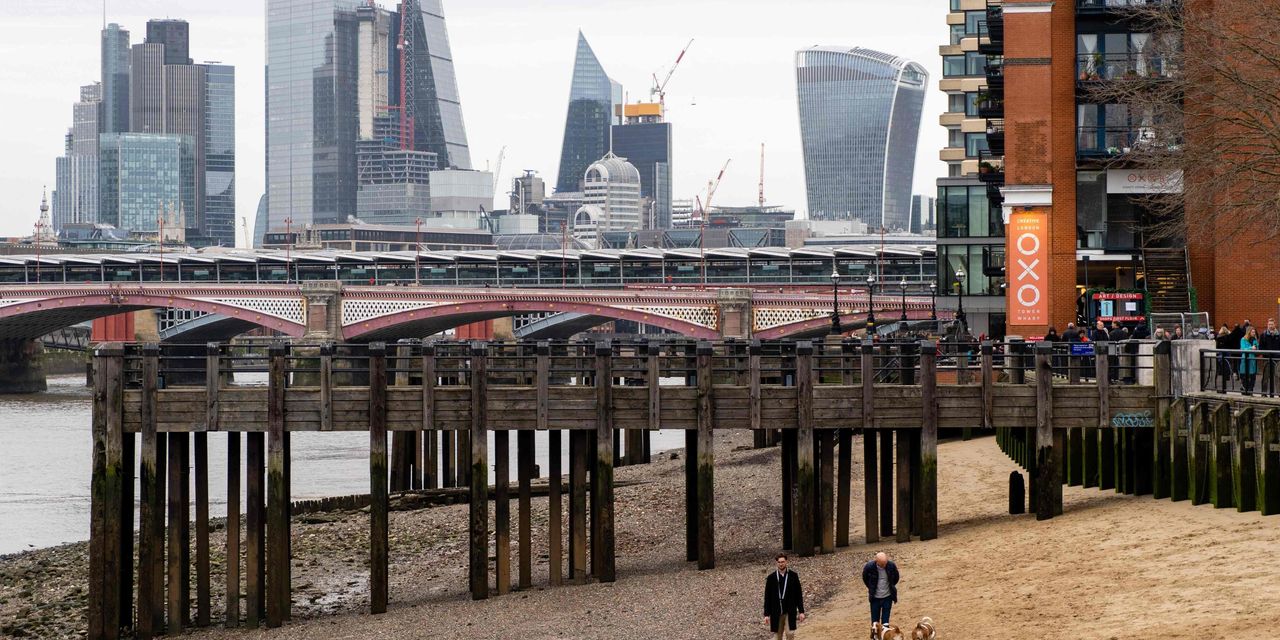 U.K. stocks struggled for traction on Monday as a warning over the omicron variant weighed on sentiment.

The FTSE 100 index UK:UKX slipped 0.2% to 7,278,  though the mining sector appeared to be getting a boost, after China’s top officials reportedly set 2022 targets that included stabilizing the economy over the weekend. Prospects for miners tend to improve in step with global growth.

Travel and hospitality names were under pressure as headlines worsened on the country’s fight to control the highly contagious omicron variant. Stock of International Consolidated Airlines
IAG,

Prime Minister Boris Johnson said in a televised address on Sunday that the country would speed up booster vaccinations to combat an expected “tidal wave” of omicron cases ahead. The government has lifted its official COVID threat level to nearly the highest of 4, with cases doubling every two to three days.

More restrictions kicked in on Monday, with masks required in most indoor settings, COVID passports mandatory for nightclubs and pubs and a recommendation for individuals to work from home.

A gloomier COVID backdrop complicates the picture for the Bank of England, which meets on Thursday, but against decreasing expectations for tighter policy. The pound
GBPUSD,

was steady at $1.3261, hovering at levels not seen since last December, after

“The spread of omicron has replaced one near term uncertainty — the end of furlough — with another — the risk of more serious public health disruption. With inflation expectations stable in recent weeks, we expect this MPC to conclude once again that ‘there is value in waiting for additional information,’” said a team of Citi analysts led by Benjamin Nabarro, in a note to clients.