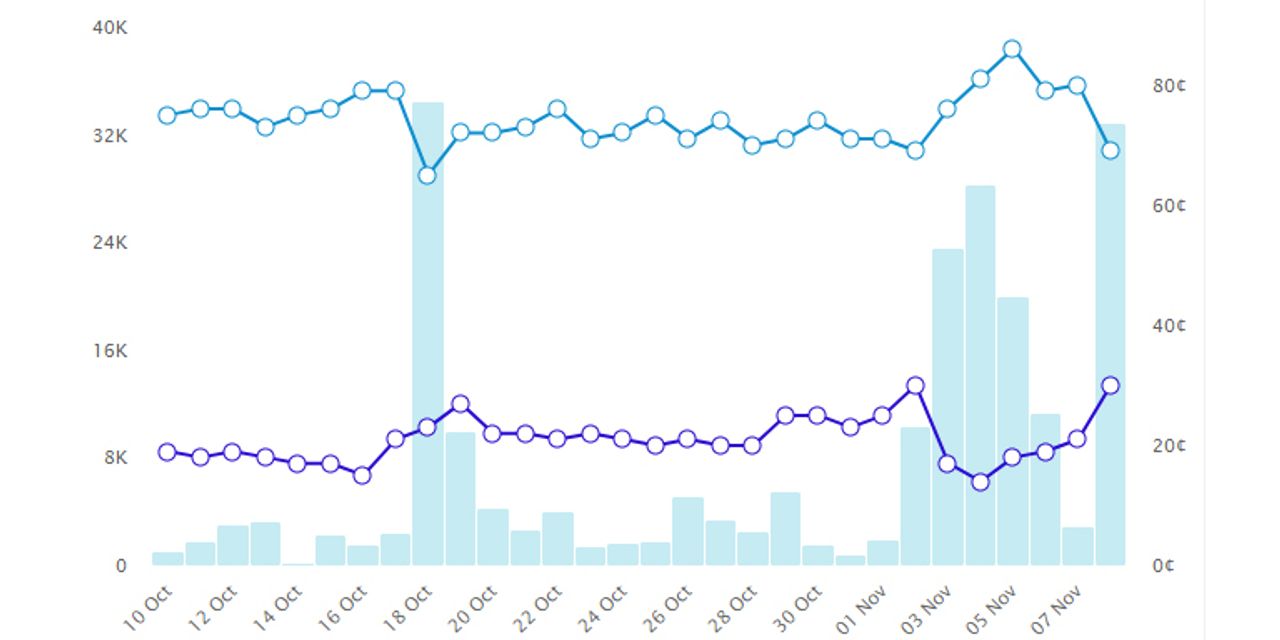 The chances are improving that Federal Reserve Gov. Lael Brainard will land the top job at the U.S. central bank, but current chief Jerome Powell still is the favorite, according to the latest odds in the betting market PredictIt.

The shift in the odds comes as Brainard reportedly interviewed for the Fed chair role when she visited President Joe Biden at the White House last week.

Brainard has a 30% chance, up from a recent low of 14% hit last Thursday, according to PredictIt’s chart. Powell’s at 69%, down from a recent high of 86% on Friday.

Odds for other potential candidates, such Atlanta Fed President Raphael Bostic, are well behind those of the two main contenders.

To be sure, betting markets aren’t always right, with PredictIt users, for example, getting a Supreme Court nomination wrong a few years ago.

Biden last week indicated that his administration is getting closer to announcing a decision on whether to renominate Powell as head of the U.S. central bank.

Plus: Biden will give Powell second term as Fed chair, say those who watch Washington for Wall Street

lost ground Tuesday, after finishing at records in the prior session, with the S&P 500
SPX,