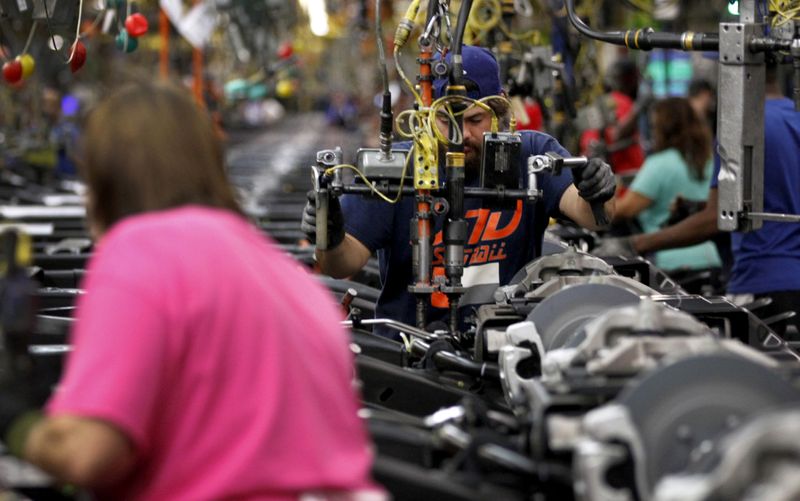 The big SUVs, including the Cadillac Escalade and Chevrolet Suburban, are critical to the automaker’s profitability, and especially so now that GM has taken on billions in new debt and suspended its dividend to ride out the coronavirus crisis.

Workers at the Arlington plant volunteered to finish the last of the current generation of GM’s Cadillac Escalade, Chevrolet Suburban and GMC Yukon SUVs after GM shut down most operations in March.

“That was an amazing feat in itself,” Kienle said.

Workers then finished retooling the factory, clearing the way for the redesigned models to begin production next week, he said.

“That work is complete. We are ready to start the system fill and start the new model,” Kienle said. Before it had to shut its North American plants, GM had told suppliers it was aiming to launch the new large SUV lineup beginning in late April.

As North American vehicle manufacturing restarts, GM also plans to focus on accelerating production of its profitable large pickup trucks, Kienle said. He would not comment on the timetable for restoring three shift operations at the company’s pickup plants.

GM executives have said the automaker is running short of certain truck models after losing 40 days of production to a strike last fall.

GM suppliers have been told the company plans to resume three-shift production at it Fort Wayne, Indiana, truck plant as soon as June 1, according to information viewed by Reuters.

Like rival U.S. automakers, GM has had workers going through its North American factories this week, fitting them with new safety equipment ahead of Monday’s relaunch. GM, Ford Motor Co (N:F) and Fiat Chrysler Automobiles NV (MI:FCHA) are following the same coronavirus safety procedures, in agreement with the United Auto Workers.

Kienle said the pace of the company’s production restart will be “slow and deliberate” and will depend on safety within GM’s plants, and the performance of suppliers that are restarting their own factories.

“There’s going to be bumps in the road,” Kienle said.