The holidays have long been about children tearing the wrapping paper off the year’s biggest game or console. Today’s gamers, however, are just as likely to be adults with high scores dating back to Pong. Whatever their age, gamers have plenty of gift options this year, from consoles for beginners to accessories that can help e-sports hopefuls level up—along with addictive, new titles for all. Here’s a dozen ideas that will score big with the gamers on your list:

Gaming auteur Hideo Kojima’s latest opus Death Stranding proved controversial from the start. Even before its release, reviews were divisive, and gamers seem to either love it or hate it. That said, don’t be afraid to pick this one up for your Sony PlayStation 4-packing fan of story-driven and high concept games. Ultimately, Death Standing’s beautifully woven narrative makes the long, and at times tedious, gameplay worth it. Suggested retail price: $60

Nintendo is the undeniable pioneer of handhelds. Starting with the original Game Boy, released in 1989 through the latest Nintendo 3DS line, the company has proven it knows how to do gaming on the go. The Switch Lite is a worthy successor to that legacy. With a 5.5-inch touchscreen, the Lite feels well-made, and the compatibility between games made for the flagship Switch make it a great device. Since the Lite is sturdier than its big brother, it’s perfect for children, or anyone who’s been curious about the original model but hasn’t made the leap yet. And sealing the deal, it costs $100 less than the primary Switch model. SRP: $200

Coming at the perfect time with the release of the Switch Lite, the Pokémon franchise is back. Two different versions of the same game, Pokémon Sword and Pokémon Shield were released at the same time. The core gameplay mechanics don’t typically change very much with each release, but in Sword and Shield, the Pokémon franchise is finally taking advantage of the better graphics that television-connected consoles can bring, so the world feels much more realistic and expansive this time around. Last year’s Switch release of Pokémon: Let’s Go Eevee/Pikachu gave fans a taste of the classic games they’re used to, and now 2019 gives wannabe Pokémon masters a welcome follow-up in Sword and Shield, sending players on a satisfying journey. The two titles are great for young gamers just getting their start with the franchise and longtime fans, alike. SRP: $60 each

Xbox wasn’t kidding when it put “elite” in this controller’s name. A heavy-duty game pad, the Elite Series 2 feels heavy—in a good, not cheap way. And at $180, it shouldn’t feel second-rate. Heft aside, the Elite Series 2 best features may be the triggers on the bottom of the controller that can be remapped. That might seem like overkill to some, but it’s perfect for gamers who want quick response movements, since they won’t need to move their thumbs from a joystick to the typically top-sided X, Y, A, and B buttons. And not only does this approach take advantage of the entire controller and the whole hand, it’s ergonomic, which makes longer play sessions more comfortable. The controller’s joystick and D-pad options can be switched out, and it has the ability to change sensitivity. These features will have hardcore Xbox and PC gamers putting the Elite Series 2 high on their wishlist this year. SRP: $180

A fitness-inspired Switch game that harkens back to the Wii Fit, the platform that turned the Wii console into a workout helper, Ring Fit Adventure is more focused on providing a story to play (and beat) than its predecessor accessory. But beyond the game, Ring Fit Adventure packs workouts to follow, smoothie recipes, and health tips, and more. It might not be the best title to give if your gamer is into more traditional titles, but if they’re looking for a way to mix up their fitness routine—and they already have a Switch—it could make a worthy addition to their game collection. SRP: $80

A remake of the classic Game Boy Legend of Zelda title, this title is a fun trip down memory lane for older gamers, and fun for new ones, too. The story sticks close to original, but it is easier than its 8-bit predecessor as there are tips littered throughout. It’s not possible to change the difficulty settings—just like in the old days—a missing feature that could be frustrating for more experienced and less experienced gamers, alike. But Link’s Awakening will still do well by younger players, and those who are still young at heart. SRP: $60

Best known for its gaming computers, Alienware also puts out solid accessories, too. One of its newest headsets, the AW510H, makes a great gift for anyone interested in e-sports and or who simply plays online with friends. Gaming headsets (with mics) allow players to speak and hear one another, so they’re absolute musts for online, collaborative play. This one boasts 7.1 surround sound, so when an opponent is creeping up behind you, you’ll hear it coming in from your rear. It can be hard to balance a quality headset with a modest price tag, but Alienware has done it here. The AW510H feels sturdy, offers clear sound and microphone capabilities, and looks worthy of a gaming display. SRP: $100

Joining Super Mario Party, Mario Kart 8 Deluxe, and Super Smash Bros. Ultimate in Nintendo’s lineup of great Switch party games, Mario & Sonic at the Olympic Games Tokyo 2020 combines two gaming favorites. Players can try their hand at Olympic games including archery, track and field, and even surfing, all while playing as their favorite characters from the Sonic and Mario franchises. This game is great for people who enjoy multi-player games, especially with titles in the party game genre. But steer clear of buying this for gamers looking for a traditional Sonic or Mario platformers: This might be a loser for them. SRP: $60

The latest Call of Duty release, Modern Warfare, serves as a soft relaunch of the Modern Warfare subseries, one of the most lauded storylines of the massive franchise. It’s the fourth Modern Warfare game Call of Duty has released—the last one came out in 2011. Never a stranger to controversy, especially when it comes to violence, this release garnered critiques for its more gruesome scenes and abilities such as the inclusion of child soldiers and the ability to shoot civilians. So, it’s not something you want to buy younger gamers. But for older players, Modern Warfare stretches beyond its story mode with online multi-player, letting them play online with friends or others, a mode that can keep the game fresh for years after its initial release. It’s also a must-buy for fans of Call of Duty or the first-person shooter genre, overall, since it’s been so well-received that some have called it one of the best titles in the franchise. SRP: $60

Developed by Obsidian Entertainment, which also put out the much-celebrated Fallout: New Vegas, The Outer Worlds has a similar style, featuring witty exchanges between characters, a retro-futurism aesthetic, and an open-world style of play. Microsoft acquired Obsidian in November 2018, leaving Fallout fans to wonder what would come next. The Outer Worlds, with its colorful graphics and new universe to explore, seems to have sated them—at least for now. SRP: $60

Combining the benefits of its Game Pass subscriptions for console and PC gamers, Game Pass Ultimate offers select titles for free, which can be downloaded to a gaming computer or Xbox. Ultimate also gives users Xbox Live Gold, which gives gamers the ability to play online, get a few select games for free each month, and score deals on other games. While some subscription gaming services, like Electronic Arts’ Origin, have been around for years, the trend is finally gone mainstream. This subscription service offers a more substantial experience than Microsoft’s previous attempts, and is starting to provide more day-one access to games. For instance, The Outer Worlds was available to Game Pass customers the same day the title was released for sale. Other Xbox Games Studios-published titles, like Gears 5, have also been immediately available. SRP: $15 per month

The trend of re-releasing classic mini-consoles continues in 2019, and this time around Sega Genesis is waxing nostalgic with its pint-sized platform. Following remakes from Nintendo and Sony in years past, Sega, which hasn’t released a console this millennium, has put out perhaps the best remake yet. Boasting 42 titles (compared to the SNES Classic Edition’s 21 games for the same price), the 16-bit system comes with classics including Sonic, Street Fighter, and Mega Man. Best for those who grew up in the Altered Beast age, the mini Genesis has a somewhat steep price tag. And the difficulty of many of its earlier games may not appeal to more casual gamers, especially those who have little connection to Sega’s original hardware. SRP: $80

More on holiday shopping from Fortune:

Get up to speed on your morning commute with Fortune’s CEO Daily newsletter. 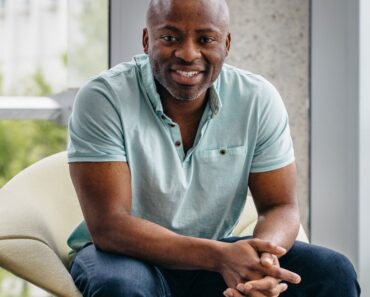 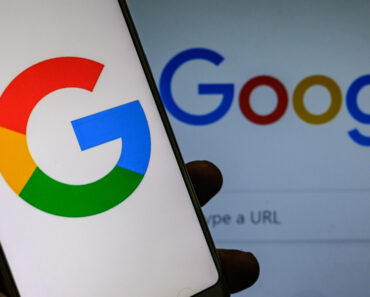