Until recently, Sam Bankman-Fried, or SBF, was crypto’s golden boy, known for building his cryptocurrency exchange, FTX, into a $32 billion giant in just two years.

But the disheveled, left-leaning 30-year-old gamer was living a lie. SBF, who claimed to be a minimalist philanthropist, had used customer funds to prop up his failing crypto empire and fund his lavish lifestyle.

Amid the revelations and the broader retrenchment of the crypto industry, FTX and its web of investments—which included SBF’s trading business, Alameda Research, as well as over 200 other crypto companies—have dramatically unraveled.

Former FTX customers, academics, and even the crypto faithful have alleged that Bankman-Fried’s now defunct crypto exchange was an outright “Ponzi scheme,” leading to a deluge of civil lawsuits against him and his company. There have yet to be any rulings on the cases.

Despite the allegations, and admissions by SBF of mistakes, lawyers contacted by Fortune said it’s too early to declare FTX a true “Ponzi scheme”—though they say prosecutors may eventually do so.

“I don’t know if it’s a Ponzi scheme, and it’s probably going to be a while before we do know,” said Thomas P. Vartanian, executive director at the nonprofit Financial Technology and Cybersecurity Center.

Vartanian, who has represented parties in 30 of the 50 largest collapses of financial institutions in U.S. history, noted that it could take years for prosecutors to dig through the complex, interconnected, and mismanaged accounting of FTX and its subsidiaries.

“They’ll follow the money, and they’ll follow it down to the cent. And they’ll figure out whether we’re dealing with negligence, civil fraud, criminal fraud, and whether it’s a Ponzi scheme, a pyramid scheme, or whatever it is,” he said. “But those are facts that I don’t think are going to be in anybody’s possession for some time—until all the money is followed.”

Still, Vartanian noted that the filings released from FTX’s bankruptcy so far are “pretty devastating.”

“So to me, so far, this looks like corporate misbehavior,” he said. “And whether it turns into fraud and violations of law or a Ponzi scheme is another question.”

“I think the lawyerly answer would be ‘let’s wait for the investigation’” he said. “But I do think that it’s pretty cut and dry. The writing’s on the wall that this was—or at least, if it wasn’t meant to be a Ponzi scheme, it definitely operated as a Ponzi scheme.”

A Ponzi scheme is a scam that draws in investors with promises of high returns with little to no risk. The problem is that Ponzis create those purported returns using money from new investors, not profitable investments.

The name comes from Charles Ponzi, an Italian con artist who swindled U.S. investors in the 1920s with a clever story and the promise of high returns.

The SEC has warned about the dangers of Ponzi schemes and their prevalence in crypto circles. And some crypto critics, like Nouriel Roubini, professor emeritus at New York University’s Stern School of Business, and the CEO of Roubini Macro Associates, even argue that the whole crypto ecosystem is the “mother of all Ponzi schemes.”

FTX shared many similarities with past Ponzi schemes. Sheila Bair, who was chair of the Federal Deposit Insurance Corporation (FDIC) from 2006 to 2011, told CNN earlier this month that SBF’s ability to charm regulators and investors was “very Bernie Madoff-like in a way.”

For more than 20 years, Madoff ran the largest Ponzi scheme in history before his arrest in 2008, stealing $65 billion from as many as 37,000 individuals. Although the final accounting has yet to be completed, FTX has $50 billion in liabilities to more than 100,000 creditors, putting SBF’s business close to Madoff’s numbers.

But did SBF run a Ponzi scheme? Or was it corporate fraud like what led to the collapse of Enron, the Houston-based energy company whose bankruptcy and subsequent accounting scandal rocked markets?

If you ask former Treasury Secretary Larry Summers, Enron is a better analogy to FTX than an outright Ponzi scheme.

“I would compare it to Enron,” Summers told Bloomberg early this month. “Not just financial error but—certainly from the reports—whiffs of fraud. Stadium namings very early in a company’s history. Vast explosion of wealth that nobody quite understands where it comes from.”

What we know about how FTX was operating

Whether FTX was a Ponzi scheme may be up for debate, but SBF may also have engaged in what prosecutors may determine was “misappropriation of funds,” “fraud,” or even “an outright Ponzi scheme,” Martinez told Fortune.

For example, SBF used at least $4 billion in FTX customer funds to prop up his trading company, Alameda Research, as crypto prices fell earlier this year, according to CoinDesk. SBF denies that he implemented a “back door” in FTX systems to do this, saying it’s “definitely not true” and that he can’t even code.

A media representative for SBF didn’t respond to requests for comment from Fortune.

But at the New York Times Dealbook Summit on Wednesday, SBF voiced surprise at FTX’s collapse, saying: “I didn’t ever try to commit fraud. I was excited about the prospects of FTX a month ago. I saw it as a thriving, growing business. I was shocked by what happened this month. And reconstructing it, there are things that I wish I had done differently.”

But the former crypto billionaire admitted that a “very poor labeled accounting thing” enabled Alameda to be “substantially more leveraged” than he anticipated.

FTX faces a wave of lawsuits over its advertising as well, much like what happened to Bernie Madoff’s marketing arm in 2009 after his arrest.

FTX hired celebrities including NFL star Tom Brady for expensive Super Bowl commercials. And in a 2018 pitch deck to investors (pictured below), it offered customers what it described as “high returns with no risk” and loans with “no downside.”

SBF and his team at FTX weren’t shy about spending either. The firm dropped $300 million on property in the Bahamas for senior executives, racked up a $55,000 tab at a Jimmy Buffet’s MargaritaVille Bar, and hired private planes to fly Amazon packages to executives.

During his prime, Madoff and his colleagues lived a life of luxury as well, buying multi-million dollar mansions and luxury jewelry, clothes, and watches—some of which were auctioned off to pay back his investors after his arrest.

Finally, before its downfall, FTX’s main international exchange held $9 billion in unbacked liabilities with just $900 million in assets, according to the Financial Times. Usually, total liabilities and total assets should match on a balance sheet, and the disparity shows that FTX was in a deep hole before its collapse.

While SBF has insisted that he simply misjudged the amount of liabilities on the books, FTX’s new CEO, John Ray III, who also handled the Enron collapse, called FTX’s operations “a complete failure of corporate controls” with a “complete absence of trustworthy financial information.”

“From compromised systems integrity and faulty regulatory oversight abroad, to the concentration of control in the hands of a very small group of inexperienced, unsophisticated and potentially compromised individuals, this situation is unprecedented,” he said.

Whether SBF was operating a Ponzi scheme through FTX won’t be determined until after prosecutors finish their investigations, and a jury rules on any criminal cases they bring. But Vartanian argued that Congress must pass tougher regulations on the crypto industry as soon as possible.

“I think the Congress needs to write new rules to make it clear that the crypto business is taking and using other people’s money, and that means it’s a fiduciary,” he said. “It’s a custodian, and it’s got to be treated as such under the law.” 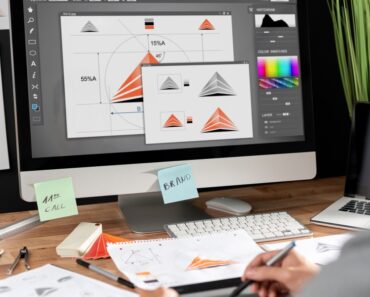 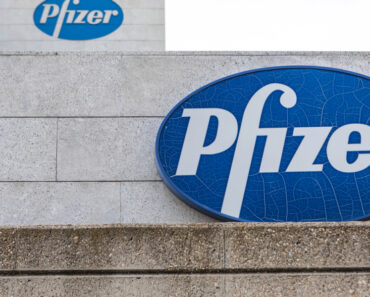