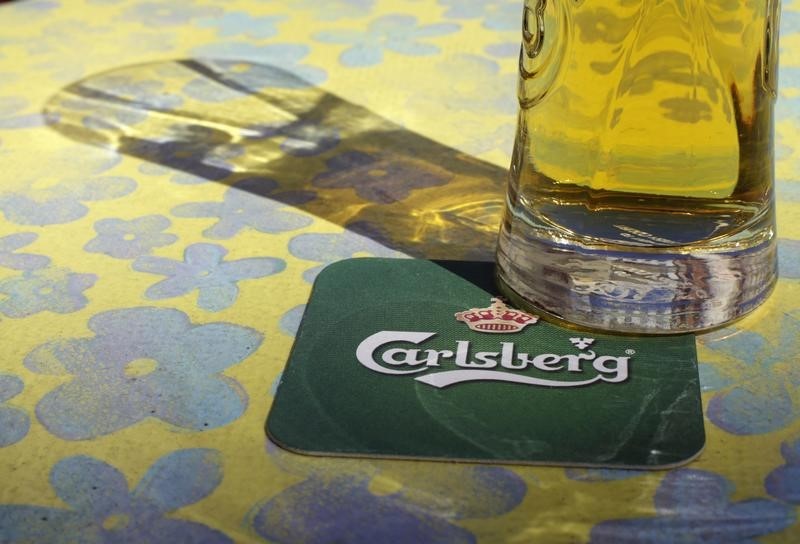 Sentiment has been rocked of late by signs that the fresh outbreak of Covid-19 has slowed the global economic recovery.

U.S. July retail sales disappointed on Tuesday, following on from weak Chinese economic data earlier in the week, while the Reserve Bank of New Zealand decided to keep interest rates unchanged despite expectations of a hike because of new cases in that country.

That said, losses are small Wednesday, helped by strong results from Carlsberg, which pushed its stock up 2.5%. The Danish brewer, the world’s third largest, raised its full-year earnings guidance on Wednesday after reporting second-quarter sales above expectations, aided by strong results in key markets China and Russia.

Also of interest, U.K. consumer prices rose 2.0% year-on-year, sharply slowing from the 2.5% growth seen during the previous month and lessening the pressure on the Bank of England to tighten monetary policy. That said, this dip is likely to be temporary, especially given the sharp rises in household energy bills this year.

The Eurozone’s inflation rate for last month is expected later in the session, and is expected to remain at 2.2% on the year.

Also of interest will be the release of the minutes from the Federal Reserve’s July meeting, at 2 PM ET (1800 GMT), with investors looking for clues over the U.S. central bank’s thinking over when it can start reining in its massive bond-buying program.

Elsewhere, oil prices pushed higher Wednesday, attempting to rebound after four days of declines, but the spread of the delta coronavirus variant, particularly in China, and the associated impact on mobility is likely to cap any gains.

Investors will keep a wary eye on the latest crude oil supply data from the U.S. Energy Information Administration, due later in the day, after the American Petroleum Institute, an industry body, reported a draw of just over 1 million barrels for the week ending Aug. 13.