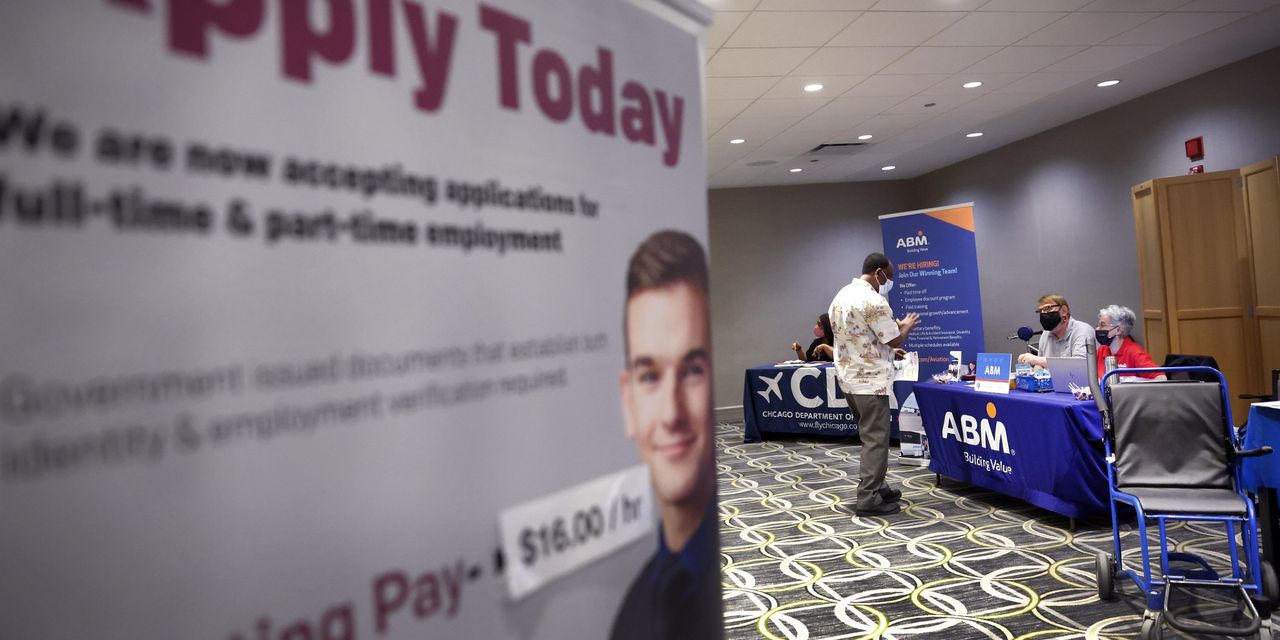 The numbers: The economy created a disappointingly small 235,000 new jobs in August, raising questions about whether the Federal Reserve could delay its long-anticipated plan to start weening the U.S. off its easy-money strategy.

The number of new jobs fell well short of Wall Street’s forecast. Economists surveyed by The Wall Street Journal had forecast a 720,000 increase.

The unemployment rate, meanwhile, dropped again to 5.2% from 5.4% and touched a new pandemic low. Yet the official rate underestimates true unemployment by a few percentages points, economists estimate.

The details of the August employment report were lackluster across the board. The private sector generated only 243,000 new jobs, for instance, and hiring in leisure and hospitaly was frozen in place.

One big caveat: The last full month of summer is notoriously difficult to forecast because of the so-called August effect. The first report often underestimates job creation. Read: Beware the dreaded ‘August effect’

Big picture: The faint increase in hiring in August is probably just a temporary setback. While delta caused some companies cut back on hiring out of caution, most are still trying to add jobs in anticipation of the delta wave receding. Job openings topped 10 million for the very first time in June and layoffs are at a record low.

The biggest problem for most companies is finding enough workers, even with unemployment still relatively high. They’ve got lots of demand for their goods and services but can’t keep up because of a surprisingly tight labor market.

The hope is that more people will reenter the labor force in the fall as schools reopen and extra unemployment benefits put in place during the pandemic go away. They are set to expire Sept. 6.

The Fed, for its part, has said it would begin to reduce, or “taper,” bond purchases this year if hiring remained strong. The tepid August report probably just pushes the central bank’s announcement out to November or December.

The central bank has kept a fragile economy on life support since the onset of the pandemic by keeping interest rates at record lows. The Fed has accomplished its goal largely by buying $120 billion a month in Treasury bonds and mortgage-backed securities.

These purchases have pushed the stock market to record highs, some critics contend, and could lead to a selloff once the Fed begins to tighten monetary policy.

Also: Inflation in the U.S. is running at the highest level in 30 years

were set to open higher on Friday.