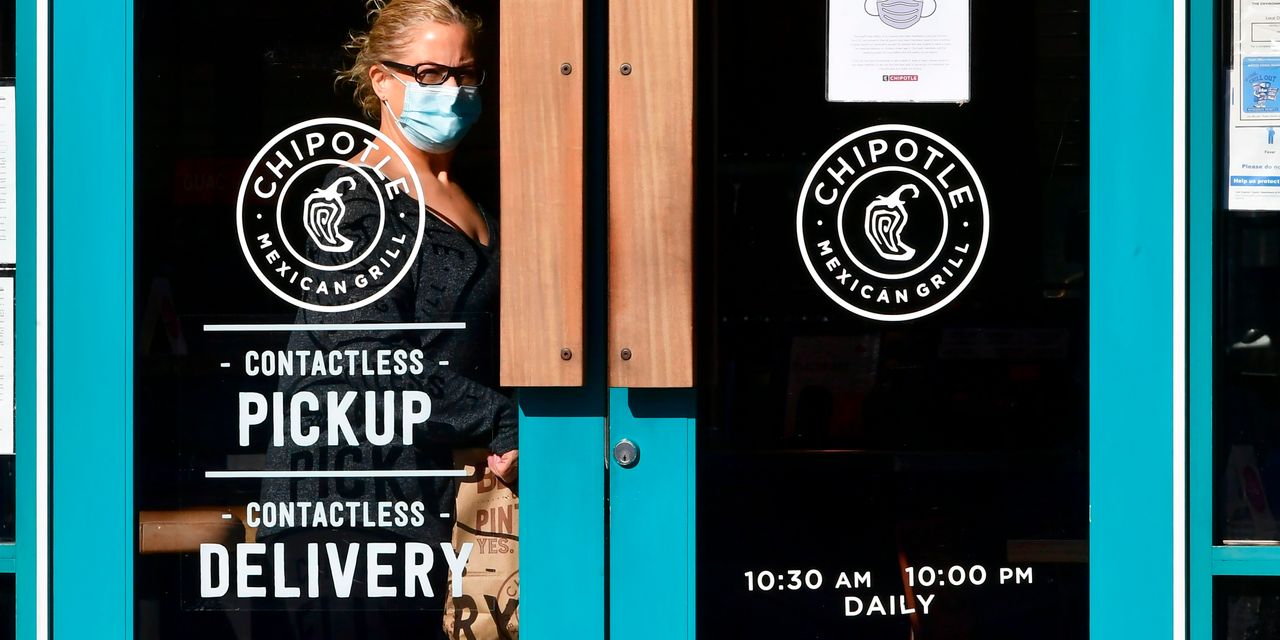 Chipotle Mexican Grill Inc.’s online sales nearly tripled in the most recent quarter, but its expenses also climbed as the pandemic worsened, leading to a quarterly miss for the fast-casual restaurant chain.

Its adjusted EPS got a 32-cent hit due “to the increased severity of the COVID-19 pandemic,” including exclusion pay and higher medical claims, as well as 9 cents from performance-bonus accruals, the company said.

Sales rose 12% to $1.6 billion, thanks to a 5.7% increase in comparable-restaurant sales and new restaurant openings, the company said.

Analysts polled by FactSet had expected Chipotle to report adjusted earnings of $3.73 a share on sales of $1.61 billion.

Chipotle said there was “healthy” demand for its carne asada, which returned to the menu in September for a limited time; strength in digital sales; and the benefits of a price increase for its delivery menu.

Shares of Chipotle CMG, +0.93% fell more than 2% in the extended session after the results. The stock ended the regular trading day up 0.9%.

“Assuming the pandemic doesn’t worsen, we expect first-quarter 2021 comparable restaurant sales to be in the mid- to high teens range, given an easier comparison during the second half of March,” the company said in a statement.