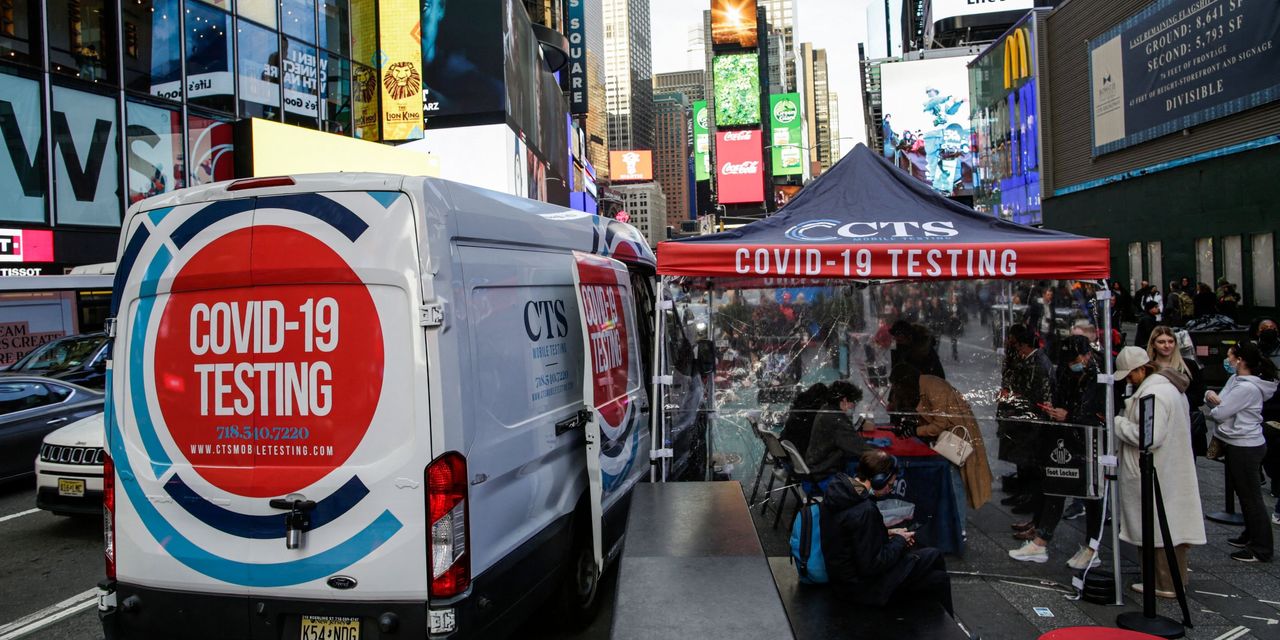 The tally of confirmed cases of COVID-19 in the U.S. was headed toward 50 million on Monday, and the number of deaths was close to 800,000, as New Yorkers kicked off the week with a new face mask mandate for all indoor public places.

Gov. Kathy Hochul announced the mandate on Friday, amid a winter surge in new cases, and said the move was based on the state’s weekly seven-day case rate, as well as increasing hospitalizations, as the Associated Press reported. New York enacted a mask mandate at the beginning of the pandemic in April 2020 that lasted more than a year.

The new mask mandate applies to both patrons and staff of businesses and venues and will be in effect from Monday to Jan. 15, after which the state will re-evaluate.

“We’re entering a time of uncertainty and we could either plateau here or our cases could get out of control,” Hochul warned at a public appearance in New York City.

The U.S. is still averaging more than 120,000 new cases a day, according to a New York Times tracker, and more than 1,200 deaths. And while those numbers are well below the levels seen during the summer months — and the peak last winter — they are rising at an undesirably fast rate, especially in the Northeast and Great Lakes regions.

New Hampshire is now leading the nation in new cases, measured on a per capita basis, and has more patients in hospitals with COVID than at any time since the start of the pandemic.

See: Fauci says omicron-specific vaccines may not be needed, while new research indicates T-cell protection may hold up against the variant

Dr. Anthony Fauci, head of the National Institute of Allergy and Infectious Diseases and President Joe Biden’s chief medical adviser, took to the airwaves over the weekend to encourage Americans to get their booster vaccine shots.

Boosters are the “best and optimal protection” against the omicron variant, he said on ABC’s “This Week.” So far, data suggests omicron is more infectious than other variants and that it may evade some of the protection offered by primary vaccine doses. However, it is still not certain that omicron is more lethal than other variants and boosters appear to raise the level of antibodies in the human body to overcome it.

“It looks like it has a high level of transmissibility,” said Fauci, adding “the somewhat encouraging news is that preliminary data show that when you get a booster of an mRNA, it raises the level of protection high enough that it does do well against omicron.”

Fauci again urged the unvaccinated to get their primary shots as soon as possible. The Centers for Disease Control and Prevention’s vaccine tracker shows that almost 202 million people living in the U.S. are fully vaccinated, equal to 60.8% of the overall population.

Some 53.8 million people have received a booster shot.

UK Prime Minister Boris Johnson said Monday that at least one patient has died with the omicron variant, Sky News reported, and also urged Britons to get their boosters. The UK is planning to offer all eligible adults a booster by year-end as omicron appears set to become the dominant strain in the capital London.

Ramaphosa, who is 69 years old and fully vaccinated, started feeling unwell and a test confirmed COVID-19, a statement from the presidency announced.

Read: ‘The days you were considered fully vaccinated with two shots are going to be a thing of the past’

China has reported its first omicron case in the northern city of Tianjin, the Guardian reported. The Chinese authorities on Sunday reported that the Omicron case was detected from a traveler from overseas. They said that the patient is now being quarantined and treated in a designated hospital.

The government of Western Australia said that state will reopen its borders on Feb. 5, 2022, the point at which 90% of its population is expected to be fully vaccinated. In a release, it said new testing requirements for arrivals would be introduced to assist with the safe transition.

Norway, an early success in reining in COVID, is planning to tighten restrictions again to stave off omicron, Reuters reported. Norway is setting record highs both in terms of new COVID-19 infections and hospitalizations. The government on Dec. 7 introduced a cap on the number of visitors allowed in private homes and shortened the hours bars and restaurants can serve alcohol.

See: Will we ever move past the age of COVID? With the latest variant threat, it seems like we’ll forever be on guard

The global tally for the coronavirus-borne illness climbed above 270.2 million on Monday, while the death toll edged above 5.30 million, according to data aggregated by Johns Hopkins University.

China, where the virus was first discovered late in 2019, has had 112,345 confirmed cases and 4,809 deaths, according to its official numbers, which are widely held to be massively understated.