(Reuters) – Investors fueling an initial public offering bonanza are snubbing many U.S. mortgage providers’ stock market debuts over concerns that the sector might have reached its peak.

Five mortgage vendors have scaled back or canceled plans to go public in the last four months, as investors flinched at their frothy valuations. This may bode poorly for IPOs by other home loan providers such as Better.com and NewRez.

Many lenders have never had it so good, as affluent professionals fleeing big cities during the COVID-19 pandemic take out large loans to buy homes in the suburbs, and as near-record low interest rates fuel refinancings.

Yet investors and analysts say IPO hopefuls in the sector have not priced in an expected housing market slowdown in 2021.

“Investors don’t like buying into a company at the start of a down cycle, and mortgage originations are an extremely cyclical business,” said Matthew Kennedy, a senior strategist at IPO-focused research firm Renaissance Capital.

LoanDepot Inc was forced to cut its IPO by 75% to $54 million this month, after investors balked at its request to be valued as highly as $6.8 billion. Home Point Capital Inc downsized its IPO by 40% at the end of January to $94 million, giving up hopes of an up-to-$2.9 billion valuation.

This is despite 62% of U.S. operating companies that went public in January having upsized their offerings on strong investor demand, according to data compiled by IPO expert Jay Ritter, a professor at the University of Florida.

Two other mortgage vendors, AmeriHome and Caliber Home Loans, pulled their IPOs in October. AmeriHome’s owner, private equity firm Apollo Global Management (NYSE:APO), clinched a deal last week to sell the company to regional bank Western Alliance (NYSE:WAL) Bancorp at a 23% discount to the $1.3 billion valuation it was seeking in the IPO.

The investor pushback reflects concerns about the industry outlook, as mortgage rates gradually creep up with the economic recovery, and home price inflation begins to weigh on purchases. The Mortgage Bankers Association is forecasting a 49% decline in the number of refinancings in 2021.

Other warning signs have emerged. Shares in Rocket Companies Inc, parent of America’s largest mortgage lender Quicken Loans, trade barely above the level at which the company priced its IPO in August, which was downsized by a third on poor demand.

Guild Holdings Co, which listed in October after shrinking its IPO by 24%, has reported net income for the first nine months of 2020 of $293 million, reversing a loss of $39 million in the year-ago period. Yet its shares are up 10% since the IPO, underperforming a 13% rise in the S&P 500 Index .

“Investors are saying these are earnings that are unlikely to be growing and we are not willing to give the (mortgage) company a valuation at a high price-to-earnings ratio,” Ritter said.

Some big industry players are still hoping to tap the IPO market in the coming weeks. Online lender Better.com, backed by banks including Citigroup (NYSE:C) and Goldman Sachs Group (NYSE:GS) and investors such as Activant Capital and 9 Yards Capital, has been working with bookrunners to launch an IPO in the first half of this year, according to people familiar with the matter.

NewRez, a mortgage lender and servicer, said in November it had filed confidentially for an IPO. Its owner, real estate investment firm New Residential Investment Corp, has recently expressed apprehension about its listing prospects.

“It is on the table. It is just one of those things that we just want to make sure before we do it, that it is going to be something that is worth it for our shareholders,” New Residential Chairman Michael Nierenberg said on the company’s quarterly earnings call this month. 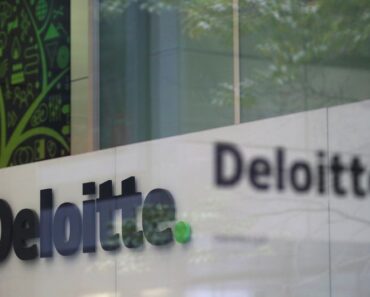