(Reuters) -Wall Street was headed for a flat open on Wednesday as investors fretted over early rate hikes by the Federal Reserve after strong retail earnings and data showed an economic recovery was on track.

Target Corp (NYSE:TGT) was the latest big-name retailer to report positive results, as it raised its annual forecasts and beat profit expectations, citing an early start to holiday shopping.

But shares of the retailer fell 4.3% in premarket trade as its third-quarter margins were hit by supply-chain issues.

Lowe’s (NYSE:LOW) Cos Inc rose 4.3% after the home improvement chain raised its full-year sales forecast on higher demand from builders and contractors, as well as a strong U.S. housing market.

“While this week hasn’t been super exciting from a return standpoint, I do feel like the data is confirmatory in terms of a good backdrop for stocks … everything is kind of on all cylinders to end the year strong,” said Stephanie Lang, chief investment officer at wealth management firm Homrich Berg.

While the readings showed that a rise in inflation has not stifled economic growth so far, any further gains in prices could potentially dampen an economic recovery.

CME Group’s (NASDAQ:CME) Fedwatch tool https:// sees a 19% probability of a rate hike by the Fed in their March 2022 meet, up from 11.8% probability last month.

“I don’t think you can have a foregone conclusion that we’re going to go directly from tapering to rate hikes. However, the market seems to be pricing that in and a lot of that is really just around inflation data that has been so strong recently,” Homrich Berg’s Lang said.

Strong retail earnings this week will round off an upbeat third-quarter earnings season, which had pushed Wall Street indexes to record highs.

The Nasdaq was set for a small boost from gains in Tesla (NASDAQ:TSLA) and other electric car makers amid growing demand for the sector on Wall Street.

Among other stocks, drug maker Pfizer Inc (NYSE:PFE) rose 0.8% after it said it is seeking U.S. authorization of its experimental antiviral COVID-19 pill.

Visa Inc (NYSE:V) fell 3.4% after Amazon.com Inc (NASDAQ:AMZN) said it would stop accepting credit cards issued by the world’s largest payment processor in the United Kingdom from next year due to the high fees charged for transactions. 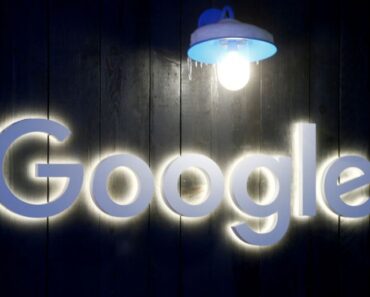