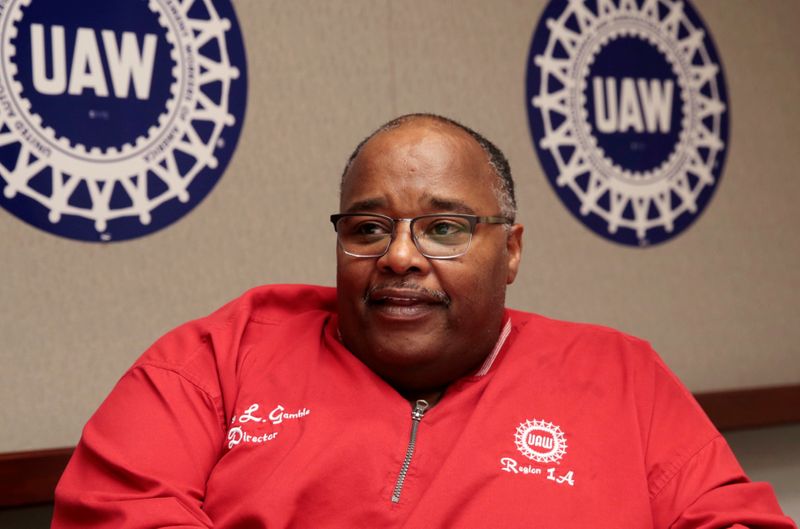 DETROIT (Reuters) – The United Auto Workers’ president met on Tuesday with the U.S. prosecutor heading a federal investigation into corruption at the union, and the two said they discussed reforms including possible independent oversight of future labor agreements.

In a joint statement, union chief Rory Gamble and Matthew Schneider, the U.S. attorney for the Eastern District of Michigan, said they discussed the “concept of an independent monitor… to reduce the possibility of a reoccurrence of corruption.”

They said there are a “number of reform options that are on the table,” which they will discuss in the coming weeks.

Earlier this month, Schneider said the UAW still has much to do to reform itself and that a federal takeover of the union remains an option.

Gamble was appointed UAW president last November when his predecessor Gary Jones was forced out after being linked to the corruption probe. Jones pleaded guilty in early June to charges he embezzled more than $1 million of union funds.

Gamble promised from the start that he would reform the UAW.

In 1988, the U.S. Justice Department sued to force out senior leaders at the International Brotherhood of Teamsters union and appointed a trustee because of the union’s connection to organized crime. The government oversaw the union from March 1989 until 2015, and a five-year transition period followed.

The Federal Bureau of Investigations has been investigating alleged illegal payoffs to UAW officials by Fiat Chrysler Automobiles (FCA) NV.