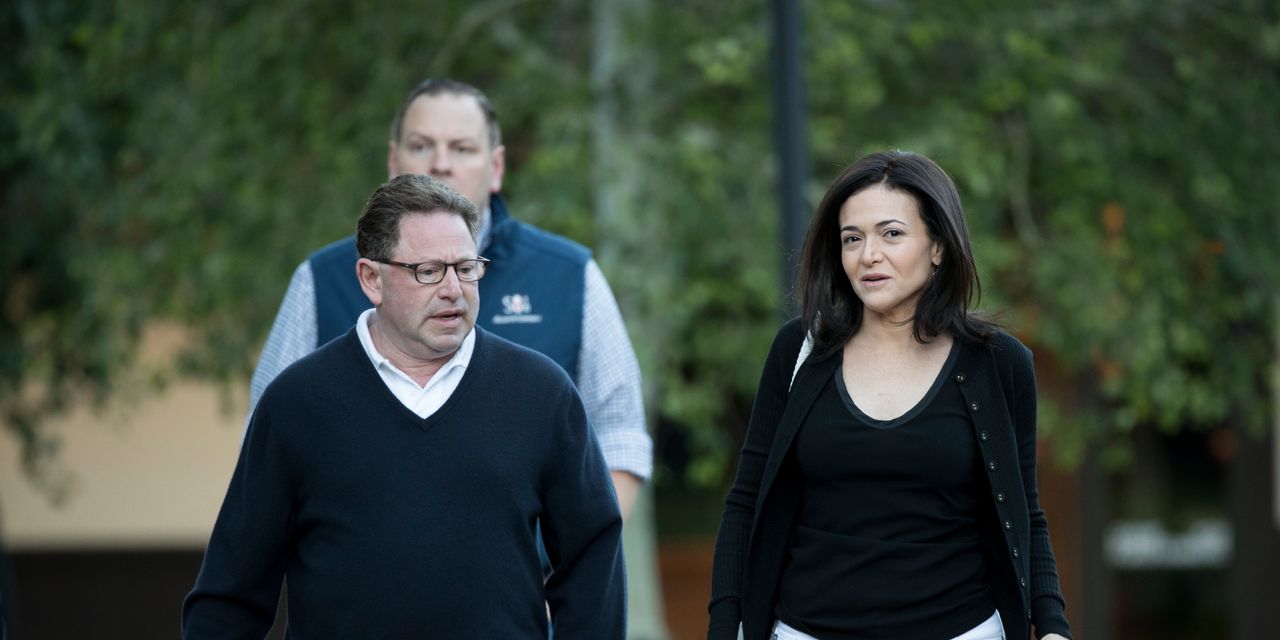 Chief Operating Officer Sheryl Sandberg is facing internal scrutiny over two occasions in which she pressed a U.K. tabloid to shelve a potential article about her then-boyfriend, Activision Blizzard Inc.
ATVI,

Chief Executive Bobby Kotick, according to people close to the executives.

In 2016 and 2019, Sandberg contacted the digital edition of the Daily Mail, which was reporting on a story that would have revealed the existence of a temporary restraining order against Kotick that had been obtained by a former girlfriend in 2014, according to people involved in the article and the campaigns to stop its publication.

Working with a team that included Facebook and Activision employees as well as paid outside advisers, Sandberg and Kotick developed a strategy to persuade the Daily Mail not to report on the restraining order, first when they began dating in 2016 and again around the time they were breaking up in 2019, the people said. Among other concerns, Sandberg’s legal and public-relations advisers, both inside and outside Facebook, worried that a story would reflect negatively on her reputation as an advocate for women.

Facebook recently started a review of Sandberg’s actions and whether she violated the company’s rules, according to people close to her and to Kotick. The review started after The Wall Street Journal began reporting on the incidents late last year, those people said.

The digital edition of the Daily Mail, which is called the MailOnline and operates separately from the print publication, never published a story. Its reporting stemmed from 2014 court filings it had obtained that showed that an ex-girlfriend of Kotick’s had received a temporary restraining order against him after alleging that he harassed her at her home, according to people familiar with the situation and documents reviewed by the Journal.

To get into the Ivy League, ‘extraordinary’ isn’t always enough these days.

The Russian oligarch with the most to lose.