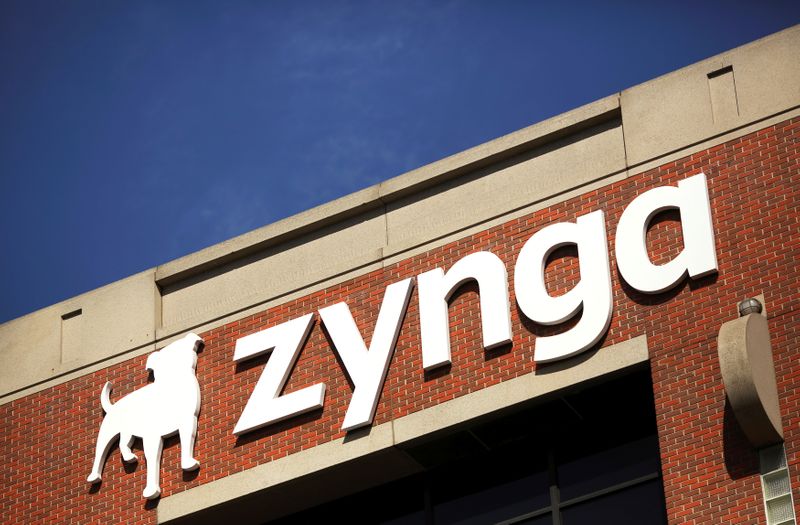 Investing.com — Zynga Inc (NASDAQ:ZNGA) shares have shot up over 45% after Take-Two Interactive Software (NASDAQ:TTWO) said it had a deal to acquire the mobile game maker for $12.7 billion, or $9.861 per share.

The deal is a cash and stock transaction. Shareholders of Zynga — the maker of “FarmVille” and “Words With Friends” — will receive $3.50 in cash and $6.361 in shares of Take-Two stock for each share of Zynga they own. The price represents a premium of 64% to Zynga’s closing share price on Friday.

Take-Two, the parent company of “Grand Theft Auto” maker Rockstar Games, said the deal will establish them as one of the largest publishers of mobile games, “the fastest-growing segment of the interactive entertainment industry.”

Strauss Zelnick, chairman and CEO of Take-Two, said: “This strategic combination brings together our best-in-class console and PC franchises, with a market-leading, diversified mobile publishing platform that has a rich history of innovation and creativity. Zynga also has a highly talented and deeply experienced team, and we look forward to welcoming them into the Take-Two family in the coming months.

“As we combine our complementary businesses and operate at a much larger scale, we believe that we will deliver significant value to both sets of stockholders, including $100 million of annual cost synergies within the first two years post-closing and at least $500 million of annual Net Bookings opportunities over time.”