With the Federal Reserve expected to keep monetary policy steady later on Wednesday, investor attention will likely focus on Powell’s commentary as to when the central bank may start tapering its $120 billion monthly bond purchases.

But the Fed chief isn’t likely to give much away on the tapering timeline, as the resurgence of Covid-19 cases in the U.S. likely provides the central bank with reason for caution.

“We expect the FOMC statement to reflect upbeat current conditions laid out in the Beige Book while continuing to point to COVID-19 as a risk,” Morgan Stanley (NYSE:MS) said in a note. “We expect the Committee to debate the pace and flexibility, as well as the relationship of tapering with rate hikes. At the post-FOMC press conference, we expect Chair Powell to acknowledge the Committee’s discussions, while stressing no decision has yet been made.”

Beyond monetary policy, an ongoing uptick in megacap tech stocks, excluding Apple, kept the broader market afloat as investors digested a raft of quarterly results from the tech heavyweights including Alphabet.

Alphabet (NASDAQ:GOOGL) rose more than 3% after reporting blowout quarterly results, led by a 69% jump in advertising revenue in the second quarter, with YouTube revenue up 83% from last year.

Microsoft (NASDAQ:MSFT) was flat despite second-quarter results beating Wall Street expectations on both the top and bottom lines. The results also included guidance that was ahead analysts’ estimates, strengthening bullish calls from some on Wall Street.

“Guidance was also ahead of Street expectations and speaks to a cloud story that is just hitting its next gear in Redmond, a dynamic we still believe is underestimated by the Street,” Wedbush said in a note.

Apple (NASDAQ:AAPL) fell nearly 2% as quarterly results that beat Wall Street expectations were overshadowed by a warning that the global chip shortage would prove a larger drag during the current quarter.

Boeing (NYSE:BA), meanwhile, delivered a surprise quarterly profit as the return of the air travel from the pandemic slumped boosted jet deliveries during quarter. The aircraft maker reported earnings of 40 cents per share, confounding analysts expectations for a loss of 83 cents per share.

Consumer staples and utilities, commonly used as a bond proxy given the sector’s steady dividends, were the worst performing sectors on the day as rising U.S. government bond yields dampened demand for sectors. 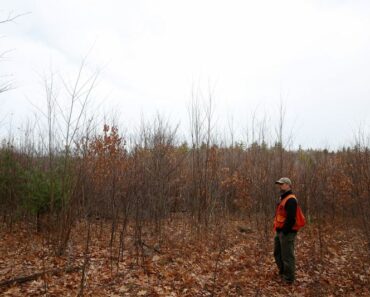