Home
Stocks
: Senate panel approves nomination of Judy Shelton to Fed board seat
Prev Article Next Article
This post was originally published on this site 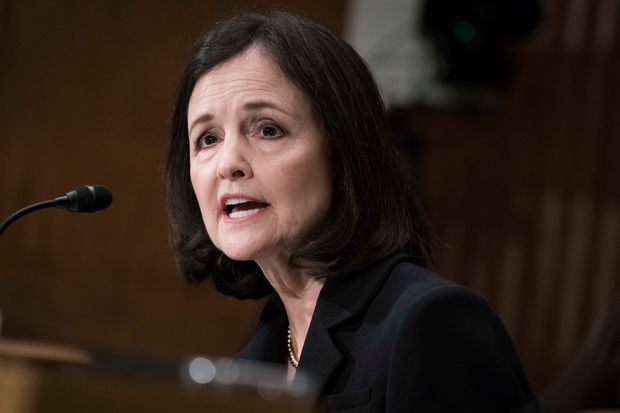 Judy Shelton during her testimony to the Senate Banking, Housing and Urban Affairs Committee in February.

The Senate Banking Committee on Tuesday approved Judy Shelton, an early supporter and adviser to President Donald Trump, to a seat on the Federal Reserve board of governors. The committee also approved the nomination of Christopher Waller, head of economic research at the St. Louis Fed to fill another vacancy on the Fed’s seven-member board.

Shelton has been controversial because she has a long record of being a vocal advocate for some form of a gold standard, which would tie the value of the U.S. dollar to the price of gold. Until the Great Depression destroyed the policy, global central banks had used a gold standard to set monetary policy.

Democrats united against her nomination because they view the gold standard policy as ignoring the plight of workers in setting economic policy.
Sen. Mike Crapo, Republican of Idaho and the chair of the Senate Banking committee, defending Shelton, saying she would “broaden and diversify” the Fed’s perspective. He downplayed her prior support for the gold standard.

In her nomination hearing, Shelton had backed away from her prior writings.

Democrats charged that Shelton had not changed her stripes and would have made the coronavirus crisis worse if she were on the Fed board today.

“A regulator’s job is not to…revive debunked economic theories,” said Sen. Sherrod Brown, the Democrat from Ohio, who is the ranking Democrat on the Senate panel.

For the last few months, Shelton’s nomination looked like it was in danger after some Republicans, especially Sen. John Kennedy from Louisiana, who was the last GOP Senator to offer Shelton his support.

On Monday, Kennedy said he had finally decided to support Shelton’s nomination.

David Wilcox, a former senior Fed staff member, wrote an op-ed in the Hill newspaper urging the Senate panel not to vote in favor of Shelton’s nomination. He said the gold standard might require Fed officials to raise interest rates in a downturn just because gold was flowing out of the country, regardless if tens of millions of jobs were being destroyed.

Some Fed watchers think Shelton would be on Trump’s short-list to be Fed chairman if the president is reelected.

Fed Chairman Jerome Powell’s four-year term as chairman ends in 2022. Trump at times has been harshly critical of Powell and has publicly mused about removing him from his post. Most analysts think there is only a small chance Trump would nominate Powell for a second term.

If the two nominees are approved, Trump will have selected six of the seven Fed governors. Fed officials have staggered 14-year terms that don’t adjust for new governors. For instance, Shelton’s term would end in 2024 and under Fed rules she could then be renominated for a full term. Waller’s seat expires in 2030.

In addition to the Fed board, there are also 12 Fed regional bank presidents who help set interest-rate policy. Yet it is the seven-member board of governors that is in charge of the Fed’s emergency powers that the central bank has used during the pandemic to make loans to all corners of the financial markets and to private firms.

Some analysts said Trump’s Fed appointees might slow down any bank reforms proposed by Joe Biden if he is elected president.

Shelton and Waller’s nominations now move to the full Senate for confirmation. In order to be confirmed, Shelton can only lose three Republican votes assuming the Democrats stay united in opposition.