Aeroflot, controlled by the Russian state, said shareholders at its annual meeting had approved the issuance of 5.42 billion new shares that could be bought at a price of 34.29 roubles each under an open subscription.

The paper, citing two sources, said Aeroflot was eyeing the Irkut MS-21 medium-range plane, also known as the MC-21, which can carry more than 200 passengers and is due to enter service this year.

Aeroflot also wants the Sukhoi Superjet 100, Russia’s main domestic-made passenger jet, which typically seats just under 100 passengers. A smaller number of orders would be made for the Tupolev Tu-214, which seats around 200 people, it said.

With passenger numbers still down by a third compared with pre-coronavirus levels at the start of the year, the company has since been severely hit by Western sanctions.

The European Union, United States, Britain and Canada have shut their airspace to Russian planes, cutting Aeroflot off from lucrative flights to Western markets.

Airbus and Boeing (NYSE:BA) – which accounted for all but 10 of Aeroflot’s 187-strong fleet at the start of 2022 – have halted the supply of aircraft parts and services to Russian carriers.

In response, Aeroflot opted to not pay dividends on its 2021 earnings and has not published first-quarter results for this year, shielding itself from having to reveal the financial toll of sanctions.

The $3 billion injection is set to come in part from Russia’s National Wealth Fund (NWF) – the government’s rainy-day fund that is being marshalled to help support key companies hit by sanctions – with the government promising to invest 107 billion roubles ($1.74 billion) in Aeroflot.

The Kremlin has said it will use the $198 billion NWF to prop up the economy through what is set to be a deep recession as well as plug the government’s own deficit.

Putin ordered ministers on Tuesday to draw up new rules for how the NWF can be spent, suggesting guidelines could be relaxed to allow for more state funding to revive economic activity and potentially opening the doors to a flood of government-backed emergency investment.

During the pandemic, Moscow stepped in to buy 80 billion roubles ($1.3 billion) of Aeroflot shares using the NWF.

In its statement on Tuesday, Aeroflot did not provide details how much of the new share issue the state may buy. The finance ministry declined to comment.

The airline carried 2.2 million passengers in March 2022, including on its low cost airline, Pobeda – Russian for “victory”. That was down from 2.8 million in February, and less than half the 4.6 million carried in March 2019. 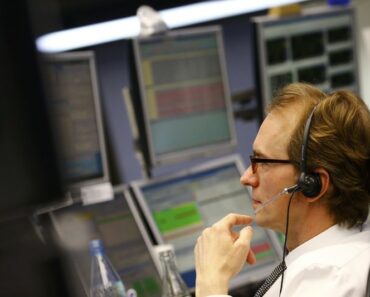