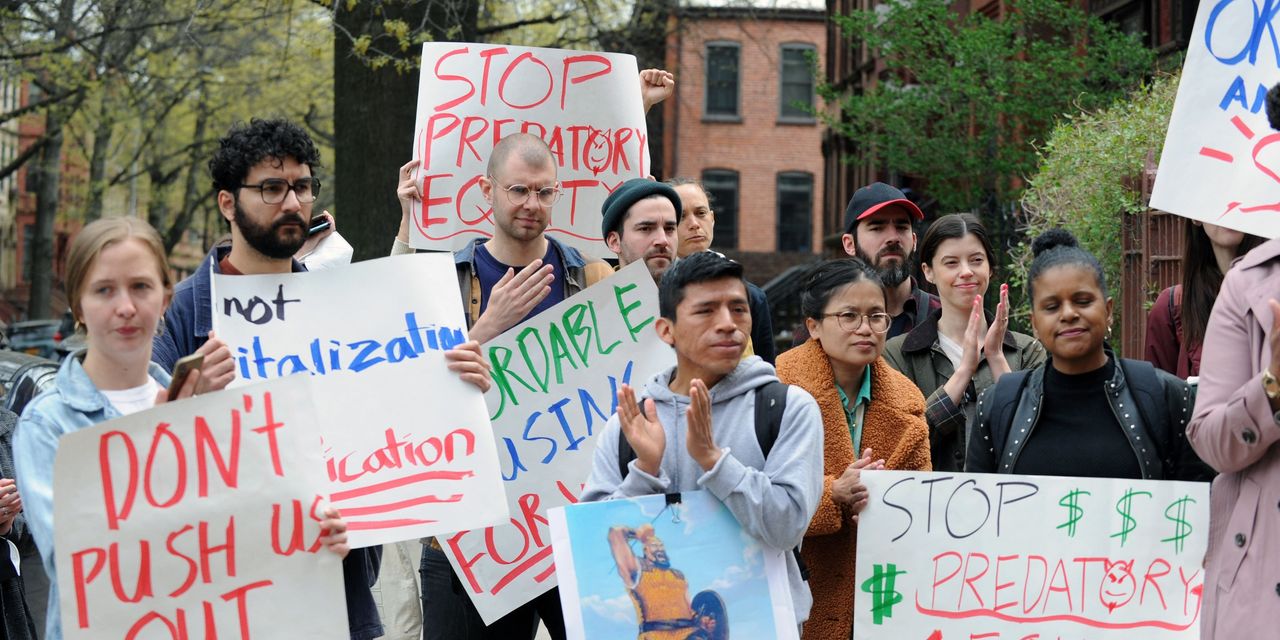 U.S. rents continue to rise. The bright side, maybe, is that they’re not rising quite as fast as they once were, according to a new report from Realtor.com.

The median rent for a studio to two-bedroom home in America’s 50 largest metropolitan areas hit $1,849 in May, reaching the highest price in Realtor.com’s data history after jumping by 15.5% compared to May 2021, Realtor.com said.

However, despite median rental prices reaching new records for 15 consecutive months now, May’s annual rental growth rate was actually the slowest Realtor.com has seen since September 2021. And the $2,000-a-month nationwide median rent Realtor.com previously forecast for August might now hold off until October if prices keep growing at the same rate. If rents continue to slow even more, $2,000 rent may not be a reality until 2023.

“‘The rent surge is beginning to lose some steam, in part because incomes can’t keep up, even in the strong job market.’”

“There’s no question that renters are facing sky-high prices. And with rising inflation reflecting price jumps for both rents and everyday expenses, many renters are feeling the strain on their finances,” Realtor.com chief economist Danielle Hale said in a statement. “Still, our May data suggests that the rent surge is beginning to lose some steam, in part because incomes can’t keep up, even in the strong job market.”

subsidiary Move Inc., and MarketWatch is a unit of Dow Jones, which is also a subsidiary of News Corp.)

Slowing price gains are unlikely to be too much of a salve for struggling renters in the near-term, though. Average housing costs are still well outpacing average earnings growth in the country, Realtor.com noted. And households are also dealing with higher prices for gas and food.

Cities with the most dramatic year-over-year median rent increases in May included Miami at about 46%, Orlando at about 28% and the Providence, Rhode Island metropolitan area at approximately 24%.

Also see: 5 ways the housing market left buyers in the dust — and it’s not over yet