While speaking to reporters at the G20 summit in Bali, President Biden claimed “there is preliminary information that contests” the suggestion that the missiles had come from the Russian territory, adding “given the trajectory of the rocket it was unlikely it was fired from Russia.” The American leader, alongside many Western allies, did back a full investigation into what happened.

Back in Poland, the country’s top government officials had convened an emergency meeting of its national security and defense council, in response to the incident that left two locals dead near the town of Lublin.

Polish President Andrzej Duda said the country’s territory got hit by what “was most likely a Russian-made missile”, but added he did not have “any conclusive evidence at the moment as to who launched this missile”.

The Polish leader did say it was “highly likely” he would seek to invoke NATO’s Article 4, whereby “The Parties will consult together whenever, in the opinion of any of them, the territorial integrity, political independence or security of any of the Parties is threatened.”

The Russian side has officially denied any involvement in the incident. Speculations by officials and experts suggest the missiles could have targeted Ukrainian territory but fell off course, or that Ukrainian air defense may have neutralized the rockets and accidentally sent them down into the neighboring state.

The US trading session, active at the time of the incident, saw a temporary plunge across major indices, but recouped most of the losses by the end of trade on Tuesday.

The story is still developing at the time of this writing. 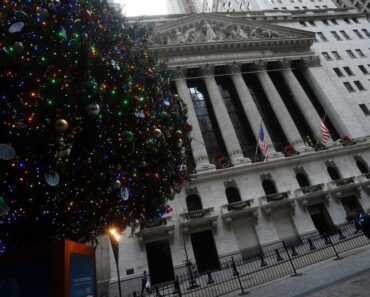