Home
Market
Point/Counterpoint: The Case for Spotify
Prev Article Next Article
This post was originally published on this sitehttps://i-invdn-com.akamaized.net/news/LYNXNPEE330G2_M.jpg 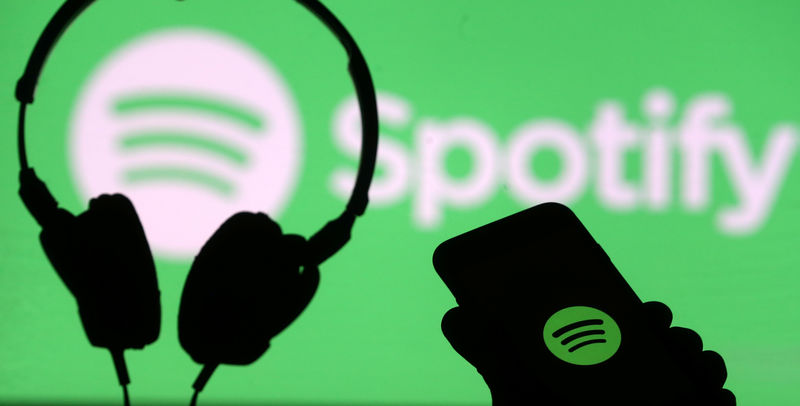 The music streaming service, which debuted on NYSE in 2018, has been adding users at a torrid pace, forecasting growth in average monthly users for the fourth quarter at roughly 25% above the last three months of 2019. With nearly 300 million users already, it is still poised for growth as it enters new global markets such as Eastern Europe and expands its offerings beyond music to podcasts.

But Spotify also faces competitive challenges from Big Tech: Amazon, Apple and Google are all getting in the music streaming business. Profit has been elusive, and as a pure-play company, Spotify has less flexibility to compete against behemoth companies that can offer audio streaming on slim to no margins.

Investing.com’s Geoffrey Smith argues the case in favor of investing in Spotify, while Peter Nurse explains why investors should be cautious.

Forget the lack of profits. Or at least, reconsider the importance you attach to them in the near term. Spotify is still a company with a compelling growth story.

Monthly average users are still growing at around 30% year-on-year. Last week, the company predicted sequential quarterly user growth of 5% and 7% for the rest of the year. The midpoint of the company’s forecast for Q4 is still 25% above the final quarter of 2019.

At a time when the pandemic is forcing investors to differentiate much more sharply between those companies with a future and those without, Spotify is clearly in the former bracket. Multiple expansion, to borrow Donald Trump’s reference to the Covid-19 virus, “is what it is.”

In any case, much of the widening of its loss in the second quarter was an accounting issue arising from the sharp rise in its share price in the quarter, rather than any lasting operational issue. Gross margins improved during the quarter.

The underlying business is clearly going to be in demand for a long time yet, even at a higher price point. Its 299 million users are already a lot, but they are still only a fraction of the global addressable market (Spotify is only now, for example, launching in eastern Europe, gaining access to 250 million more potential customers).

The company’s churn rate is also improving as it mines a rich seam with its Family and Duo plans. For every additional user on the plan, the disincentive so switch suppliers grows and the cost of gaining each new subscriber – a key metric for the company – falls.

Moreover, of that 299 million, only one in five has ever listened to a podcast, according to the company’s latest estimates. In other words, Spotify still has scope to substitute many of the services offered by radio for the last 100 years, be it news, documentaries, or – as with the hotly anticipated Joe Rogan podcast debut in September – comedy.  Its ability to serve ads against all that content may be crimped in the short term by the fall in ad budgets worldwide, but it has an obvious opportunity for advertisers who have vowed to stay off Facebook (NASDAQ:FB) for the next few months.

And looking at the longer term, it’s easy to see the increasing concern at Big Tech’s stranglehold on the economy as a win-win for the company. If Congress breaks up rivals such as Apple Inc (NASDAQ:AAPL), then the playing field is leveled in Spotify’s favor. If it chooses to wave through the creation of digital monopolies, then the attractiveness of such a formidable content aggregator as a potential bid target for one of the major platforms will only increase.

Spotify has been one of the Wall Street darlings since its flotation on the New York Stock Exchange in early 2018.

However, the music surrounding this company going forward may well be less sweet.

As Guggenheim analyst Michael Morris put it as he downgraded its investment stance on the company to sell earlier this week, “the market is now pricing shares for blue-sky growth, which has made the risk-reward unattractive.”

The main problem is Spotify is not making money. It’s tough for streaming music companies to make a profit because of high royalty rates owed to music publishers.

Rivals like Amazon (NASDAQ:AMZN) and Apple can operate their streaming music services at near break-even levels or even as loss leaders. As more of a “pure play” in the space, Spotify doesn’t have that ability to the same extent.

After flirting with the black in the third quarter of 2019, the company has posted operating losses ever since, including a loss of 167 million euros in the second quarter of this year, released earlier this week.

Spotify has tried to counter the “pure play” issue by investing in original podcasts, including signing big names such as American comedian Joe Rogan. The hope being that it becomes more like Netflix Inc (NASDAQ:NFLX), a subscription service with high-value exclusive content.

However, Morris expects competition for podcast content and distribution to intensify over the next 12 months, particularly from Amazon and Alphabet (NASDAQ:GOOGL), which could negatively impact sentiment from the current highly-positive levels implied in the share price.

Spotify has performed well since its listing, but facing competitors like Apple, Google, Amazon and Netflix will be difficult going forward and it is currently priced for perfection.