Home
Market
Point/Counterpoint: The Case for Exxon
Prev Article Next Article
This post was originally published on this sitehttps://i-invdn-com.akamaized.net/news/LYNXNPEB6U0PS_M.jpg 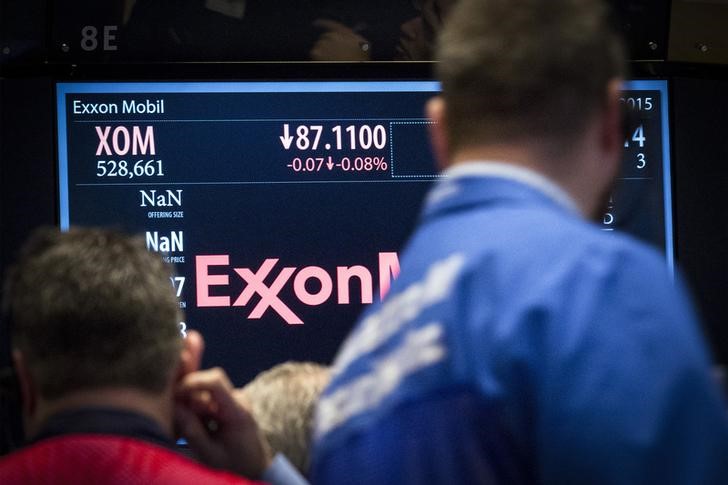 Investing.com — Few companies have been as hard hit by the coronavirus pandemic as Exxon Mobil .

Its stock has fallen over 50% this year, losing its title as America’s oil major with the largest market capitalization, and was dropped from its prestigious place in the Dow Jones index of top U.S. industrial companies after 92 years.

Is Exxon Mobil Corp (NYSE:XOM) a survivor or is oil dead?

Investing.com’s Peter Nurse argues the case in favor of Exxon, while Geoffrey Smith explains why investors should steer clear. This is Point/Counterpoint.

This is an excellent opportunity for investors to get involved with a company with a history of operational excellence and capital discipline, particularly as the damage caused to the industry gets rid of the waifs and strays.

A born survivor, as befits a company that can trace its roots back to Standard Oil, established by John D. Rockefeller in 1870, Exxon Mobil has long proved its ability to roll with the cyclical punches. It will again.

After all, even if the Organization of the Petroleum Exporting Countries earlier this week reduced its demand forecast to 96.84 million barrels of oil per day for 2021, that’s still a lot of oil the global economy needs for at least the next 10 years.

The industry may well be in structural decline, but it’s still very possible to make healthy profits along the way, ask the tobacco giants!

Increasing the company’s debt pile with bets on rising demand just as Covid-inspired shutdowns caused oil prices to slump was ill-timed. But the management has started to address these issues, announcing plans earlier this month to reduce its European workforce by up to 1,600 by the end of 2021 as part of its global review.

Essentially, the stock is now massively oversold, with a cut to its sacrosanct dividend fully discounted ((it’s already trading on the expected future dividend ratio, not the current one). Yet, oil prices seem to have stabilized to the point that an imminent dividend cut is unlikely, and as recently as July, Chief Executive Darren Woods insisted this hefty dividend was safe.

A further substantial drop in oil prices seems unlikely in the near future, even with Covid-19 caes on the rise, with the major oil producing nations reluctant to suffer again the pain of earlier in the year.

“I want to assure you that the OPEC, non-OPEC partnership will continue to do what it knows best, by ensuring that we don’t relapse into this almost historic plunge that we saw,” Mohammad Barkindo, Secretary General of the Organisation of Petroleum Exporting Countries, said on Thursday.

Influential investment bank Goldman Sachs (NYSE:GS) upgraded its stance on Exxon Mobil earlier this week, and this could be the cue for value investors to part with their cash.

Exxon Mobil may not be going to zero – the world will need too much oil for too long for that – but it can’t be seen as a buy in anything but short-term and opportunistic terms.

Oil is dead, for any truly forward-looking investor. Demand has risen constantly for 160 years, but even OPEC now expects it to peak within the next 10, before starting entering structural decline.

Exxon has to fight for every dollar of revenue from rent-seeking governments. They will not be more generous in dividing up a shrinking pie. The Ex in Exxon stands for Ex-growth.

OK, so Exxon is a value stock, rather than a growth one. That requires it to be a reliable source of income, but there is nothing reliable about Exxon’s future returns to shareholders.

Arguments that Big Tobacco paid handsome dividends for years after entering structural decline only go so far: Exxon has to spend vast amounts every year to maintain its cash flow – $23 billion this year alone, even after it trimmed its budget by 30%.

Every other oil major has cut its dividend this year to conserve cash. Exxon alone believes it can just cover the gap by borrowing – some $22 billion in all. How many times can it repeat that trick? Management said after six months that it wants to both keep debt AND the dividend at their current level. With Crude Oil WTI Futures struggling to get above $40 a barrel, it’s hard to see how it can do both.

Management’s planning, moreover, depends on the assumption that the asset values on its balance sheet are safe, and not – as virtually every other oil company has acknowledged – at risk of being stranded by Climate Change and regulation to mitigate it. Aside from one big write-off of its tar sands acreage in Canada, Exxon – much to its credit – has historically refused to write down bad investments, believing it let managers off the hook too easily. But that’s another area where assuming that the future will be like the past is fraught with risk.

Pressure from activists is one thing. Actual regulatory risk is another: if the opinion polls are reliable, that’s about to get a lot bigger. Under a ‘Blue Wave’ scenario, in which Joe Biden takes the White House and Democrats regain the Senate, the oil and gas industry can expect to lose a good deal of the tax and regulatory privileges it had under previous  administrations, while its taxes will be channeled toward subsidies for the likes of Nextera Energy Inc (NYSE:NEE). An industry being milked to subsidize its competitors is one to avoid, for all of Exxon’s past achievements.