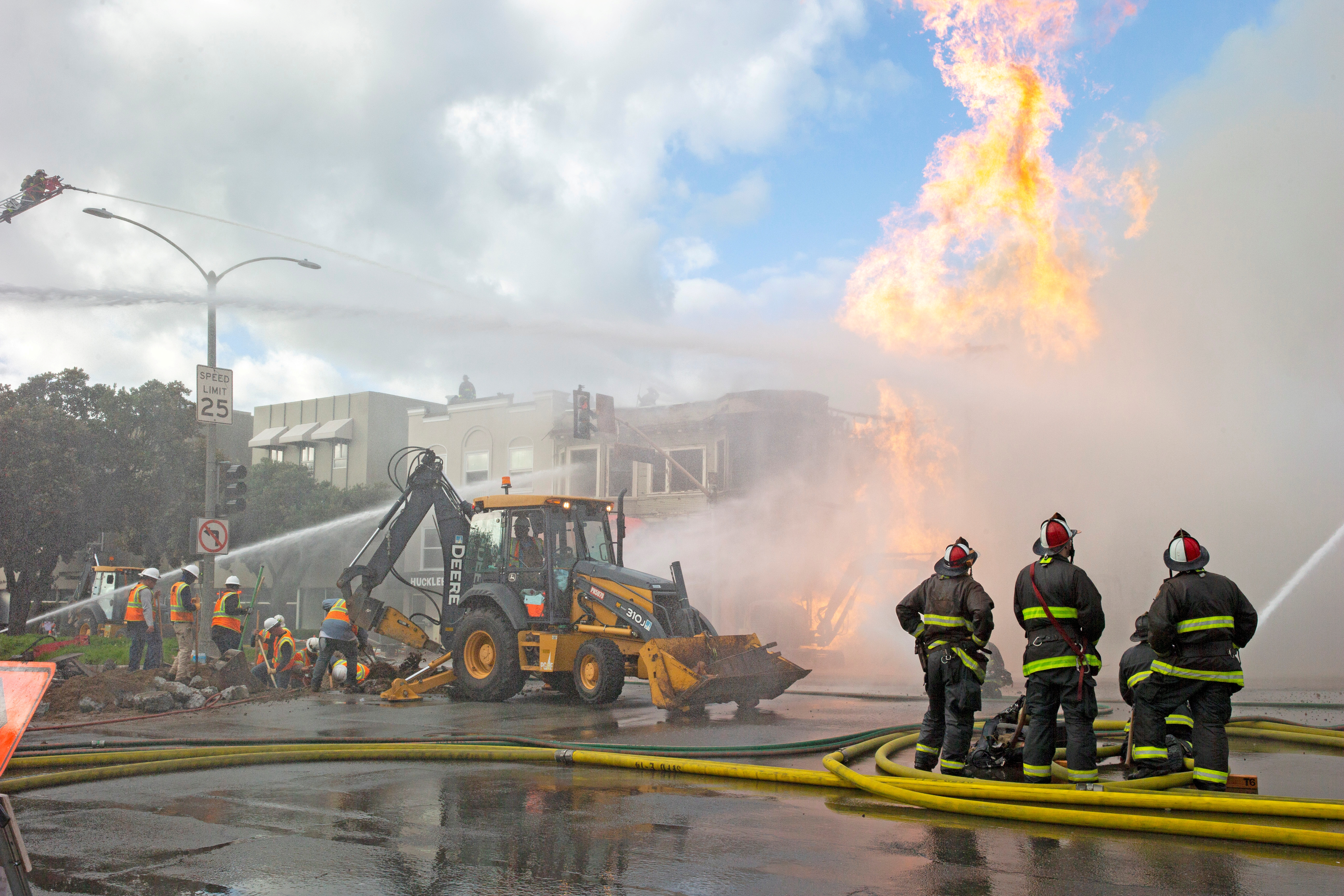 © Reuters. FILE PHOTO: Firefighters battle a fire following an explosion at Geary Boulevard and Parker Avenue as PG&E officials dig up the ground to reach the pipe in San Francisco

(Reuters) – PG&E Corp (N:) said on Monday its utility unit agreed to plead guilty to 84 involuntary manslaughter counts in connection with the 2018 Camp Fire, the most destructive fire in California’s history.

In a regulatory filing, PG&E said the plea by its Pacific Gas & Electric unit was part of a March 17 plea agreement with California and the Butte County District Attorney’s office.

PG&E also said the agreement also requires the utility to pay the maximum $3.5 million fine plus $500,000 in costs, and end all criminal proceedings against the company and its units.

The settlement is subject to approval by the Butte County Superior Court, as well as the federal bankruptcy court overseeing PG&E’s Chapter 11 case.

Some fire victims would be entitled to restitution under the company’s proposed reorganization plan, which was submitted on March 16, PG&E said.

PG&E and its utility unit filed for bankruptcy protection in January 2019, citing more than $30 billion in potential liabilities from California wildfires in 2017 and 2018 linked to its equipment.

The Camp Fire began in November 2018, and destroyed much of the town of Paradise, which had about 26,000 people.