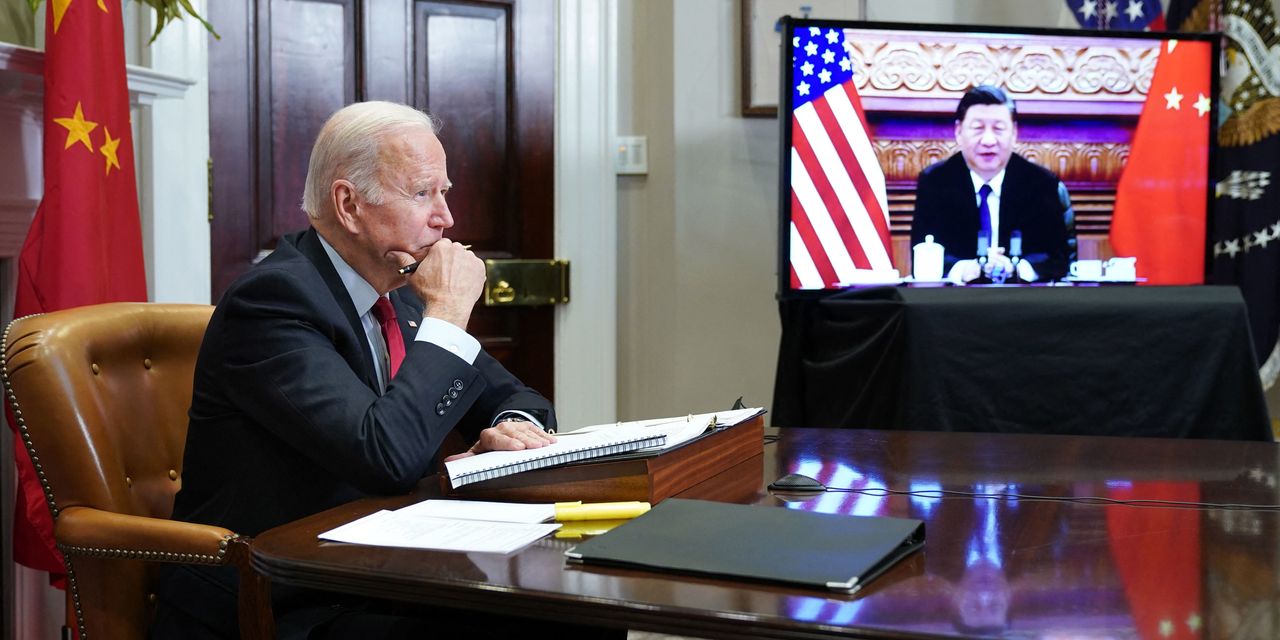 China’s global ambitions pose an existential threat to Western democracy, prosperity and security, but the Biden administration, preoccupied with domestic economic renewal and social justice, has not articulated a comprehensive policy.

Cooperation on climate change could materialize but the consequences for economic competition—fundamentally the trade and investment relationship—and China’s military remain paramount.

U.S. Trade Representative Katherine Tai’s nine-month review of China policy resulted in a five-page speech and offered little new. She continues negotiations with an adversary that won’t offer substantive concessions or honor commitments from past agreements. And is embarking on a radical transformation of its socialist-market economy aimed at burying democratic capitalism.

After 11 months, Defense Secretary Lloyd Austin has yet to articulate a comprehensive plan and budget requirements to counter Chinese intimidation in the Pacific, the expanding reach of its military into the Persian Gulf and reverse the deteriorating combat readiness of the U.S. fleet.

China’s military could easily overwhelm Taiwan’s defenses. The U.S. military would be unable to effectively respond, because China could deny U.S. forces sea and air access.

Secretary of State Antony Blinken is busy negotiating support from our allies but those with heft have other agendas—France’s vanity, Germany’s export dependence on China, and India’s debilitating poverty.

In the Pacific, Japan is constrained by its constitution, and Australia, whose commitment to purchase eight nuclear submarines is impressive, only has an economy one-sixteenth the size of ours.

America simply must do what progressives appear incapable of conceiving, rebuild the international economic system based on strong market disciplines but that cordons off China. Lest it abuse markets to finance, buy, steal and surpass the West in transformational technologies—semiconductors, biotechnology and medicine, artificial intelligence, non-fossil energy, electronic vehicles and batteries.

The Chinese recognize that manufacturing—not the internet commerce, social media or finance—is at the center of all this. A nation can find a critical and lucrative place in the semiconductor value chain without a Facebook
FB,

—consider Taiwan’s chip foundries. And software will follow the hardware—the country that leads in electric vehicles will provide the market to drive development of self-driving technology.

In critical areas, the United States must wholly disengage from China. As the pandemic demonstrated in a host of industries, even partial dependence on China can severely disrupt U.S. and broader Western supply chains. Consider what that leverage could mean in a face-off over Taiwan.

The U.S. market is not large enough to support R&D and production of sufficient scale to rival China if Beijing negotiates preferential market access, through regional agreements, with European or Pacific nations. And establishes industry standards while America is on the sidelines.

Ousting China from the World Trade Organization is unrealistic and that makes rules for market access through the global body next to useless. Beijing has demonstrated it can violate those and wholly subvert dispute settlement.

The China-EU investment deal is on hold, but the United States must remove that threat to co-opt Europe by completing a comprehensive EU-U.S. trade pact. Those negotiations have repeatedly stalled.

The Biden administration should respond positively to Japan’s invitation to rejoin the Trans-Pacific Partnership and the U.K.’s request for a free-trade agreement. As the EU and U.K. both want to join the TPP, the opportunity for a grand alliance that freezes out China is at hand.

Just as we pressure banks and businesses to disclose their support for socially responsible and green activities, we should do the same for stakes in Chinese technology enterprises and their principal customers.

The U.S. fleet must be strengthened to include more smaller ships, drones and other agile forces capable of operating closer to China’s territorial waters and quickly inflicting crippling damage on its fleet with a few days. And strengthen Taiwan’s inadequate defenses against an invasion with more U.S. support.

Beijing must be told quietly, lest President Xi Jinping lose face, that invading Taiwan or occupying one of its small islands, such as Quemoy and Matsu, or even unoccupied Pratas, would result in an immediate naval war and blockade of access to Middle East oil with no time or interest in diplomacy.

Xi has made clear his intentions to take back Taiwan and only with a sufficiently sharp American sword can war be avoided. Only with China contained will the world be safe for our children.

Peter Morici is an economist and emeritus business professor at the University of Maryland, and a national columnist.

Instead of standing up to Russia and China, Biden appeases them