Home
Stocks
Next Avenue: Why most of the middle class can forget about long-term care
Prev Article Next Article 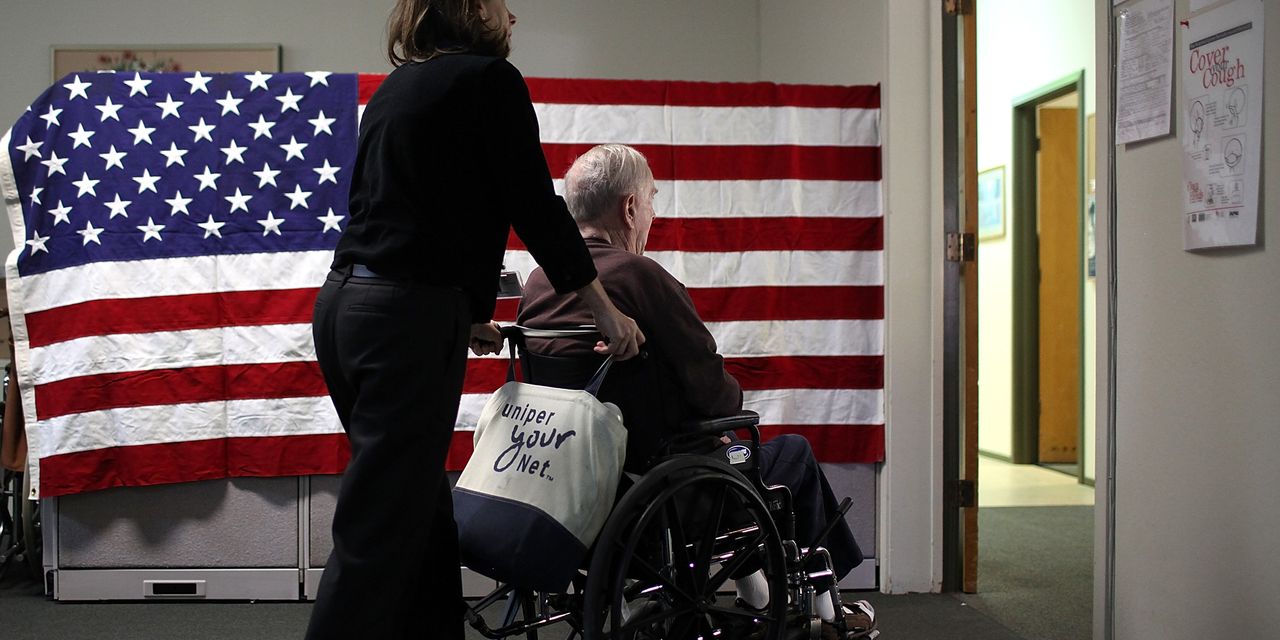 This article is reprinted by permission from NextAvenue.org.

The cost of aging in America, specifically for middle-income earners, has been spiraling out of control for years. But as the first boomers reach 75 this year, the financial reality of long-term care needs are moving front and center.

Seven out of 10 people will need long-term care during their lifetime — whether that’s someone in the home to help with activities like bathing and dressing, a skilled nursing facility to recover after a hip replacement or assisted living or nursing home care when living at home is no longer viable, according to a recent Genworth financial survey.

There will be a substantial increase in middle-income people age 75 and older by 2029, according to Caroline F. Pearson, an aging researcher at NORC, a nonpartisan research organization based at the University of Chicago.

See: A quarter of 65-year-old Americans will have ‘severe need’ for long-term care

Currently, about eight million middle-income people age 75 and older are caught in the gap between those who qualify for Medicaid and ones wealthy enough to comfortably pay for in-home care or a quality assisted living or continuing care retirement community (CCRC).

CCRCs provide different levels of care based on medical need. Many older people have complex care needs which require some additional assistance, but are not sick enough to need nursing-home level care. And that’s the conundrum.

A recent Genworth financial survey found the national monthly median cost of homemaker services or a home health aide can easily top $4,160 (based on a 40-hour workweek); assisted living, $4,300. And care in a nursing home exceeded $7,750 for a semiprivate room in 2020.

Who are the middle-income earners?

Most people in the $25,000 to $95,000 income bracket are considered middle-income; they usually cannot afford to pay privately for long-term care. Instead, they must rely on a network of family, friends, community-based services and luck. A majority don’t have long-term-care insurance, which could offset some of the cost of nonmedical care.

Robin Eileen Bernstein, 62, is one of the exceptions. She purchased a comprehensive long-term care policy nearly 20 years ago at the insistence of her parents, who had their own policy. Until recently, her premiums stayed relatively affordable, which was important for a then-suburban Long Island, N.Y. mom raising two children.

Although the cost of her policy ratcheted up in recent years, Bernstein intends to keep it. Her parents relied heavily on their coverage in their later years, so she has a good idea of what may lie ahead.

“I’ve seen the benefits of it, and I think even a small policy that covers just a limited amount is better than nothing, if you could afford it,” Bernstein said.

Not everyone is so prescient.

What can middle-income older adults do?

“There aren’t a whole lot of options once you get to a certain age,” said Jenny Chin Hansen, chair of the SCAN Foundation and former CEO of the American Geriatrics Society. Only a handful of insurance companies still sell long-term-care insurance policies, and many no longer guarantee lifetime benefits.

The best time to get one is when you’re healthy, in your 40s or 50s, with no underlying conditions.

But like Bernstein, you can get hit with higher premiums as you age, and have to make the choice — do you keep the policy or not?

“So many middle-income people end up becoming financially fragile due to medical bills and give up the policy just when they might need it most,” Hansen said.

While some states offer services like free or low-cost transportation, home-delivered meals or in-home care visits through programs like CAPABLE and PACE, there are often income limits to qualify and waiting lists can be excruciatingly long.

The growth of continuing care retirement communities that offer supportive housing and care “on demand” has skyrocketed in the past several decades. Most are aimed at healthy middle- to upper-income individuals, a report from the International Council on Active Aging found.

But of the projected 14.4 million middle-income older adults in 2029, “60% will have mobility limitations and 20% will have high-health care and functional needs,” policy researchers predict. Many of these elders will need some sort of regular assistance, yet 54% won’t be able to afford it, the report estimated.

A lack of family caregivers is concerning

Another huge challenge: the dwindling supply of family caregivers.

By the end of the decade, 24 million Americans will need long-term care, nearly double the current need, but there won’t be enough caregivers to meet the demand, the American Action Forum, a conservative think tank, projects.

A shortage of family caregivers means costs must either be borne by those needing care — who may be unable to afford it — or the expenses will fall to social safety net programs, said Susan Reinhard, director of the AARP Public Policy Institute.

Her advice? “Think about what you’re going to need and try to be proactive. Learn about the different resources that are out there,” Reinhard said. “Be prepared, plan for what you might happen and what you could you do now, because you never know.”

AARP estimates that 48 million Americans currently provide unpaid care for a family or friend, incurring an average of $7,200 in annual expenses. If caregivers spend their savings on their loved ones now, there may not be enough left when they may need long-term care themselves.

“Families do just amazing things to support their elders, and leave themselves in very bad shape financially. There’s a certain amount of altruism in that, and a certain amount of honor, and personal reward. But it doesn’t add up to much when you’re there yourself and you don’t have anything left to rely on,” said Dr. Joanne Lynn, a geriatrician and a Congressional Health and Aging Policy Fellow.

How the government can help

Several policy options are in the works to help alleviate the financial burden on middle-income older adults and their families. The pending $3.5 trillion federal budget reconciliation bill allocates money for caregivers, long term services and affordable housing, though it’s not yet clear which provisions will make the final cut.

However, that’s little solace to older adults and their families who need help now.

Washington state’s long-term-care insurance program for eligible workers is slated to take effect in 2025. It will pay up to $36,500 over a person’s lifetime for long term care expenses. It will be financed through a payroll deduction, similar to way Medicare and Social Security work. Recipients will be able to choose benefits such as in-home professional care, assisted living, adaptive technology, dementia or memory care and respite for family caregivers.

Other states are considering similar approaches.

That’s not a lot of money for the long-term, but it’s a start, said Lynn. She works with Rep. Thomas Suozzi (D, N.Y.) who introduced the WISH Act in June. That bill would create a public-private partnership and establish a new federal Long-Term Care Insurance Trust Fund that would pay for the “catastrophic” period of long-term care for those who need many years of it.

The program would pay for itself through a mandatory payroll deduction, similar to current Medicare and Social Security contributions.

It would also allow older people to age at home if they wish, instead of needing to spend down their life savings in order to qualify to enter Medicaid-funded nursing homes.

“We have a storm coming, with the number of disabled elders expected to double in the coming years,” Suozzi said in a statement. “The WISH Act would save the Medicaid program and millions of Americans from financial ruin, would allow people to age at home with dignity and would create millions of good-paying, middle-class jobs in the home health care industry.”

But even that possible solution is a ways off. Should the legislation pass, it would likely take a decade to get the program up and running, Lynn noted.

Many people still don’t realize that Medicare does not pay for most in-home care services for people 65+ unless they’re medically necessary. Some alternative Medicare Advantage (MA) plans from private insurers offer limited benefits, like a home care aide for few hours a month, but that’s not enough to really help anyone for the long term, according to Lynn.

To age at home, it’s imperative to do everything possible so you can stay healthy for as long as possible, Reinhard said. The most crucial strategy is regular exercise, to avoid muscle weakness.

“Once you can’t get in and out of a chair or bed, you’re going to need help. And things can go downhill quickly form there,” Reinhard said.

Also take a good look at your surroundings. You may have to budget for home modifications. For example, what happens if you couldn’t get up or down the stairs? Is your bathroom doorway wide enough for a wheelchair or walker?

Even inexpensive changes like installing grab bars in the shower can make a huge difference.

“You need to put together your own plan. but it takes work and you can’t wait until you absolutely need it,” Reinhard said. AARP’s Prepare to Care caregiving planning guide is a good starting point.

If you do have long-term-care insurance, read the policy carefully and be sure you understand what the benefits are, when they might kick in and how much help they provide.

Bernstein is grateful her mother insisted that she plan ahead. “I want to know that I could live comfortably if I do end up getting dementia like my parents, that I’ll be able to maintain my dignity. It’s peace of mind,” she said.

Installations and design changes typically employed to update homes for aging in place:

New York-based journalist Liz Seegert has spent more than 30 years reporting and writing about health and general news topics for print, digital and broadcast media. Her primary beats currently include aging, boomers, social determinants of health and health policy. She is topic editor on aging for the Association of Health Care Journalists. Her work has appeared in numerous media outlets, including Consumer Reports, AARP.com, Medical Economics, the Los Angeles Times and The Hartford Courant.

This article is reprinted by permission from NextAvenue.org, © 2021 Twin Cities Public Television, Inc. All rights reserved.

More from Next Avenue: