Home
Stocks
Market Snapshot: The Federal Reserve’s first meeting of 2022 is due this week as inflation outside of policy makers’ control swirls
Prev Article Next Article 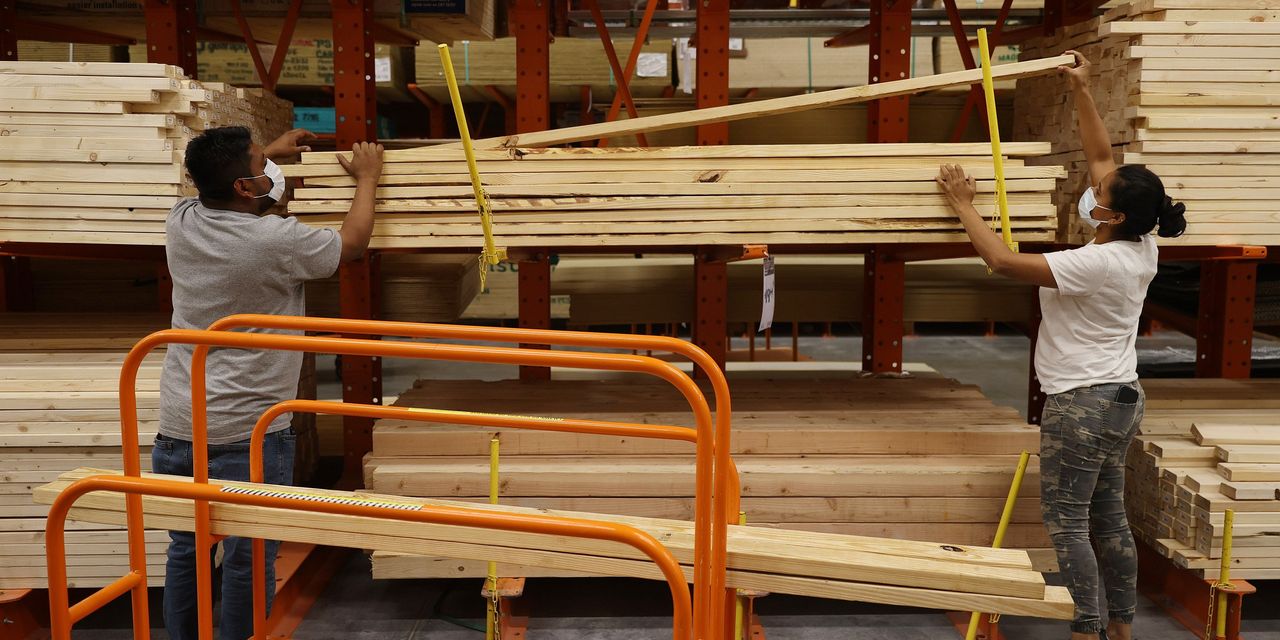 The Federal Reserve’s first meeting of the new year kicks off this coming week, just as prices faced by consumers may be rising outside of the central bank’s control.

Some of those price rises may come from a possible invasion of Ukraine by Russia, one of the world’s biggest oil producers, which could provoke a further escalation of natural gas prices in Europe and help send U.S. crude oil prices to $100 a barrel soon for the first time since 2014.

Another source of inflation is climate change, which is impacting the availability of lumber, contributing to an 81% gain in the commodity’s price
LBH22,

over the past year. Even a U.S. Supreme Court decision last year that allowed evictions to resume across the country is being cited as a source of anxiety.

Read: Oil prices may soon rise to $100 a barrel. Here’s why and America’s housing market is in the grip of an inflation storm

Fed policy makers are likely to spend their Jan. 25-26 meeting laying the groundwork for a shift away from an easy-money stance this year, without taking policy action. While they are likely to reaffirm investors’ expectations for an interest rate increase in March, the first hike since December 2018, Fed officials are not expected to tinker with policy rates, currently between 0% and 0.25%, for now or start shrinking their almost $8.9 trillion balance sheet until probably after June, following the end of their current bond buying program in March.

“They have plenty of ammunition to deliver three or four hikes this year, but there is a question about whether that will be fast enough or big enough to control inflation,” said Daniel Tenengauzer, head of markets strategy and insights for BNY Mellon in New York. “We are particularly worried about housing” since the end of the moratorium on evictions means a risk premium is being added to rental contracts for newcomers, while “geopolitical risk will put pressures on all energy items.”

Wednesday’s Fed policy statement is likely to sound hawkish on inflation and should, along with the meeting minutes released three weeks later, reveal more details about the future of the Fed’s balance sheet, Tenengauzer said via phone. He says a 50-basis-point interest rate hike is possible, though unlikely, in March. Meanwhile, JPMorgan & Chase’s Michael Feroli says the Fed is more likely to retain the option to hike at every meeting, rather than deliver a half-point hike in March, and he sees a one-in-four chance the central bank completely stops purchasing assets in February.

““Asset purchases were a tool used against the Covid crisis, but tapering them or shrinking the Fed’s balance sheet are totally ineffective against inflation. The only tool to fight against inflation is a rate hike.””

The Fed, economists and many traders are all counting on inflation to fall off by year-end, helped by the fading of pandemic-related base effects.

Still up for some debate, though, is whether rate hikes and a smaller Fed balance sheet will be enough to counter the forces that may keep inflation up. By the time the Fed hikes at its March 15-16 meeting, consumer price reports for January and February are likely to reflect annual headline rates above 7.2% each month, according to traders.

In the past week, fears about a Russian invasion of Ukraine have mounted, while the impact of high lumber prices has spread. China’s zero-tolerance approach toward COVID-19 is aggravating concerns about supply-chain disruptions. All this comes after gains in December’s U.S. consumer-price index that pushed the annual inflation rate to 7% and showed the cost of rent rising fast.

“Asset purchases were a tool used against the Covid crisis, but tapering them or shrinking the Fed’s balance sheet are totally ineffective against inflation,” said portfolio manager Eric Vanraes of Eric Sturdza Investments in Geneva. “The only tool to fight against inflation is a rate hike.”

Vanraes, whose firm oversaw $2.8 billion as of last year, says he’s convinced long-term deflationary forces, such as globalization and demographic aging, will prevail and help bring down inflationary pressures by no later than the first quarter of 2023.

He’s positioning ahead of next week’s Fed meeting by buying 30-year Treasuries
TMUBMUSD30Y,

in anticipation of a rally in the long-dated note during the second half. In addition, Vanraes says he’s partially hedging the firm’s allocation of investment-grade bonds with 10-year futures
TY00,
,
considering the 10-year U.S. Treasury yield could climb to as high as 2% this year as the Fed raises short term interest rates.

Long before the Fed’s first rate hike, investors have reacted to the Fed’s hawkish policy pivot in December by tightening financial conditions: The 10-year yield
TMUBMUSD10Y,

has climbed more than 20 basis points in 2022, the biggest advance to a new year since 2009; the 30-year inflation-adjusted yield has risen 47 basis points, to minus 0.128%, since December, according to Tradeweb; and corporate credit default swaps have widened.

expect the core personal-consumption expenditures price index, an inflation gauge watched by the Fed, to stay well above 2% by year-end, says Jonathan Cohn, head of rates trading strategy in New York. He says rising wages would be the most likely reason for inflation to persist.

“The Fed has pivoted fairly quickly from not thinking about hikes in 2022, to accelerating tapering in order to hike earlier, showing a greater sensitivity to the inflation backdrop,” Cohn said via phone. “I think gesturing toward a willingness to do what’s necessary helps.”