Home
Stocks
Market Snapshot: Here’s how hard global markets could be hammered by a pandemic, according to UBS
Prev Article Next Article
This post was originally published on this site 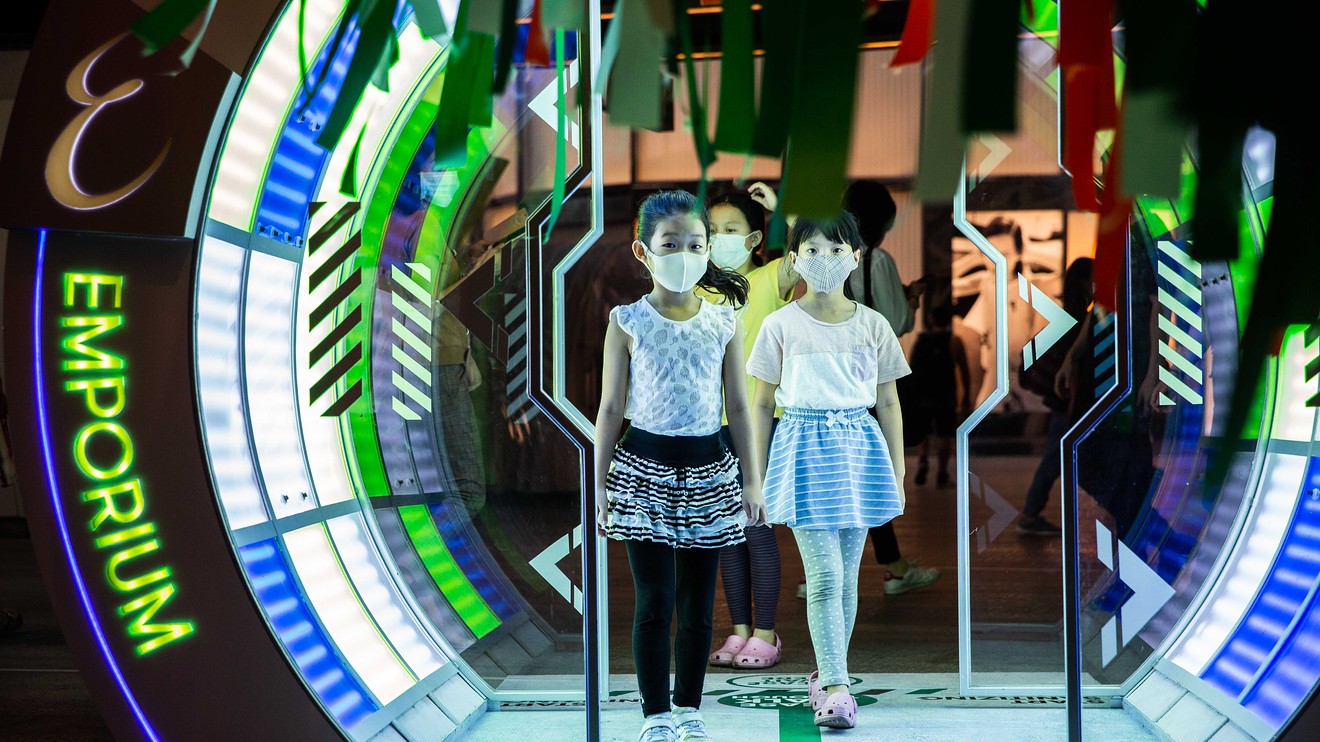 The outbreak of COVID-19 has been declared a pandemic by the World Health Organization, and that likely means more turbulence for global equity benchmarks that have already seen some of the most volatile trade since the 2008 financial crisis.

Uncertainties around the economic impact of the infectious disease that was first identified in Wuhan, China, late last year remain unclear, with the outbreak continuing at a rapid clip. More than 121,000 people have been sickened in more than 100 countries, with at least 4,300 lives claimed, according to data compiled by Johns Hopkins University.

The announcement was blamed for adding to a decline for the Dow Jones Industrial Average DJIA, -5.68%, the S&P 500 index SPX, -4.69% and the Nasdaq Composite Index COMP, -4.54% to fresh intraday lows on Wednesday, with the Dow trading below the level the level that would mark the start of a bear market at its session low.

Still, the deadly illness has raised an important question for the financial markets and the global economy, which could lurch into a recession: How bad could this get?

In a Wednesday note, UBS attempted to address a number of scenarios, Here are excerpts from the bank’s thinking:

“However, we also consider two further escalation steps: an intermediate scenario where infections increase by a factor 1000 and a full pandemic scenario. In the former, global growth falls to 1.6%[year over year] (16 out of 28 countries in recession) and in the pandemic scenario to 0.8% (18/28 in recession).”

Monetary and fiscal stimulus on the way?

The Federal Reserve last week cut its fed-funds rate by a half a percentage point to a 1%-1.25% range and is scheduled to meet on March 17-18, where it’s expected to discuss further rolling back rates. On Wednesday, the Bank of England lowered its key rates as well, as investors expect a spate of policy measures from global central banks to help curtail the negative effects of slowdowns to business activity, amid the efforts to contain and/or mitigate the viral outbreak.

UBS is forecasting the Fed to “go to the zero lower bound in the next two meetings,” which could mean the fed-funds hits 0% over the next few months.

Market participants have reacted poorly to monetary policy measures alone because specialists believe a coordinated effort is key to helping mitigate the economic impact to global economies and supply chains.

As for fiscal measures, UBS is expecting more efforts from the international community, including China. “We have also tallied up all the fiscal announcements and now expect roughly 80bp (% global GDP) of additional global fiscal stimulus (>50% China; 15% Eurozone), which would make this the most expansionary year since 2009,” the economists wrote.

The bank is forecasting 2% global growth, which they describe as bad, but add that “it could be worse.”

“Our estimates suggest the market is pricing in global growth at only 2% (in line with our forecast), compared with a long-term average of 3.5%, 4% prior to Covid-19 worries and 2.8% before OPEC+ broke down,” UBS says, referring to the unraveling of talks between major global crude producers in the Organization of the Petroleum Exporting Countries and its allies, led by Russia. The alliance broke down spectacularly last week, resulting in a stunning collapse of crude-oil prices CL00, -4.71% as Saudi Arabia said they would ratchet up output of crude after a three-year agreement concludes at the end of the month.

“The quick ‘double shock’ has meant that this has been the sharpest eight-week decline in growth expectations since the [global financial crisis in 2008],” the researchers wrote.

UBS estimates that stocks could shed 5% or 20% in an intermediate or pandemic scenario. That said, the firm believes that the continued rise of cases and deaths from the novel coronavirus likely means that assets perceived as risky could be vulnerable to even more substantial falls.

“If the virus can be contained, global equities should make new stimulus-powered highs by end-2020. North Asia and the U.S. will likely lead gains, while Europe and the rest of [emerging markets] lag,” the analysts wrote.

Even with a rebound for asset prices in the last six months of the year, UBS predicts that stocks will end the year in negative territory.

“In the intermediate scenario, we still see a recovery in [second half], but not enough to keep returns positive for the year. The pandemic scenario sees a major step lower in returns as growth slips with little additional stimulus at policy makers’ disposal.

How will currencies fare?

UBS says covering bets against the decline of the euro EURUSD, -0.0798%  against carry has been the main axis of movement in currencies, and this will likely extend if the virus gets worse.

The bank said if a pandemic takes hold then “worries of extended spell of global growth weakness will once again see the EUR weaken, and several emerging -market currencies could see distress.

The researchers said that although emerging-market currencies are “cheap” due to a heavy selling of those currencies, it may not be low enough against the backdrop of sharply lower prices for commodities, which some of emerging market countries export.

Meanwhile, the U.S. ICE Dollar Index DXY, +0.11%, a gauge of the buck against a basket of a half-dozen currency pairs, has started to gain some traction higher after weakening against other haven assets, including the Japanese yen USDJPY, -0.88% The dollar is up 0.1% year to date and up 0.6% so far this week, but it has fallen 2.3% over the past 30 days.

UBS said it doesn’t expect yields for the U.S. to carve out fresh historic lows. The bank said “we do not expect U.S. yields to trade negative. Even in the pandemic scenario we see US 10-year bottoming at around 50 basis points.”

Overall, the economists forecast that the so-called yield curve, or spread between maturities in government bonds, to flatten, as the Fed cuts rates and if oil prices tip back up.

The bank says corporate credit and Italian government bonds TMBMKIT-10Y, -14.73%, known as BTPs, will likely benefit from policy actions to mitigate the severity of a coronavirus slowdown.

UBS, however, does caution that spreads for high-yield bonds, known in the industry as junk, over Treasurys could widen by 10 percentage points.