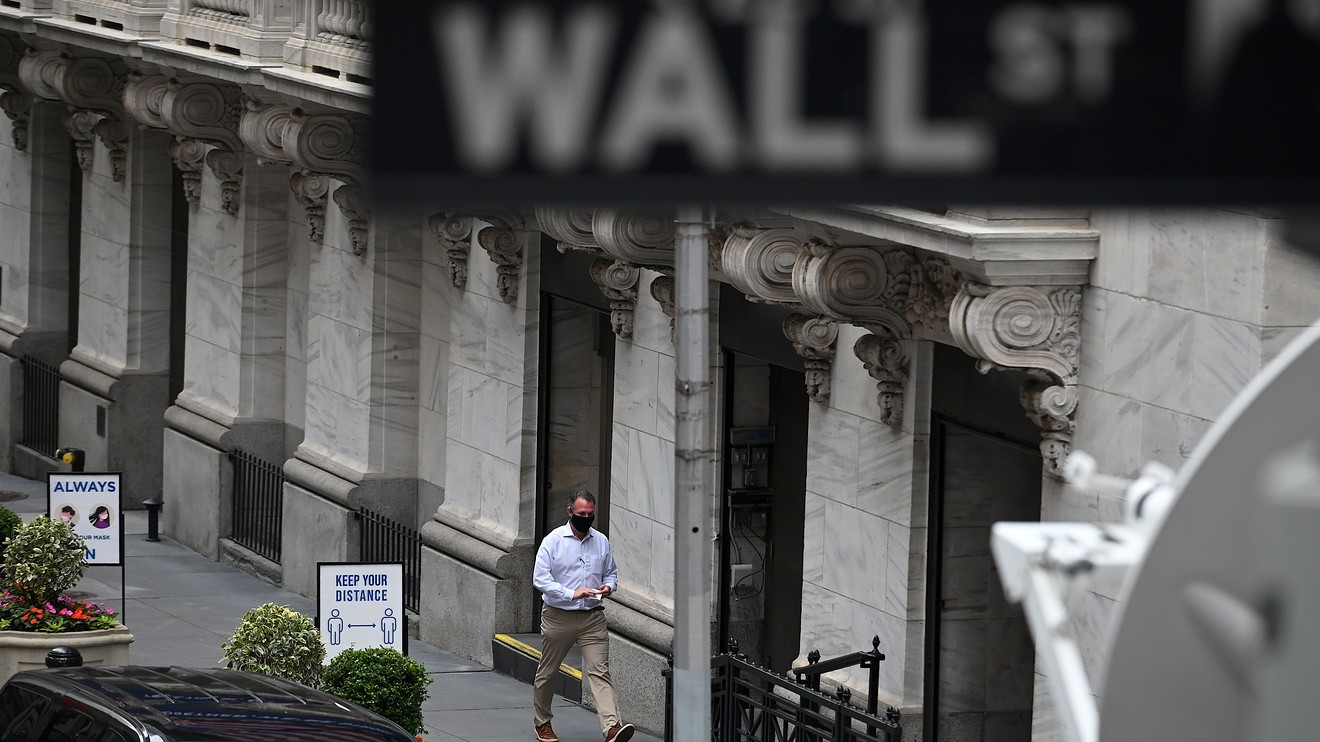 U.S. stocks on Monday pointed to a lower opening as investors braced for a barrage of quarterly results from corporations over the coming days. More than 480 companies are slated to report updates, including a number of prominent technology-related firms.

How are benchmarks performing?

Wall Street is set to kick off a busy week of corporate earnings, which could help to determine whether a so-called rotation from highflying technology stocks and into beaten-down cyclicals is sustainable, with coronavirus cases and deaths in the country continuing to reach records over the weekend.

North Carolina, Louisiana and Kentucky reported record infections of COVID-19 of 2,400, 3,119 and 979 respectively on Sunday, The Wall Street Journal reported, while Arizona registered a record high death tally of 147 deaths.

Meanwhile, Florida, the epicenter in the U.S., reported nearly seven-day average of 12,000 cases, surging by nearly a 30%, according to CNBC, citing data compiled by Johns Hopkins University.

The escalation of the deadly pandemic in the U.S. is diminishing hopes for a V-shaped, or quick and strong economic recovery from the pandemic, as the virus taxes the public-health system of some states and municipalities and forces the reinstallation of measures to limit a more severe outbreak.

Shares of AstraZeneca AZN, +6.39% were being closely watched as investors prepare for the release of Phase 1 clinical trial data for the COVID-19 vaccine candidate being developed by the drugmaker and the U.K.’s University of Oxford. The first set of trial data is expected to be published Monday in The Lancet, a British medical journal, according to Reuters.

Investors will also parse data from corporations including Microsoft MSFT, -0.51%, TSLA, +0.01% and Intel INTC, +1.45%, among a parade of entities that will offer greater insight about the economic outlook as American corporations contend with the worst pandemic in more than 100 years.

Market participants also are watching developments around stimulus funds here and in the U.S., with the European Union leaders in Brussels negotiating an unprecedented €1.85 trillion ($2.1 trillion) budget and coronavirus recovery fund to tackle the crisis.

EU leaders were said to be close to a rescue package after four governments — Austria, Netherlands, Denmark and Sweden — known as the frugal four, appeared close to agreeing to a split between grants and loans that had stalled talks over the weekend, according to Bloomberg News, citing officials familiar with talks.

“Some progress has been made, which is encouraging, and negotiations are expected to carry on this afternoon,” said David Madden, market analyst at CMC Markets UK, in a research note. “The EU have a track record of a lot of in-house haggling, but in the end a deal is usually struck,” he wrote.

Meanwhile, returning Washington lawmakers will aim to draft an additional rescue package of its own, with a group, including Senate Majority Leader Mitch McConnell and Treasury Secretary Steven Mnuchin set to meet in the White House to discuss a $1 trillion package, which is lower than the $3.5 trillion proposed by Senate Democrats. House Speaker Nancy Pelosi, D-Calif., already pushed through a more sweeping $3 trillion relief bill to bolster virus testing, keep aid flowing and set new health and workplace standards for reopening schools, shops and workplaces.

Which stocks are in focus?