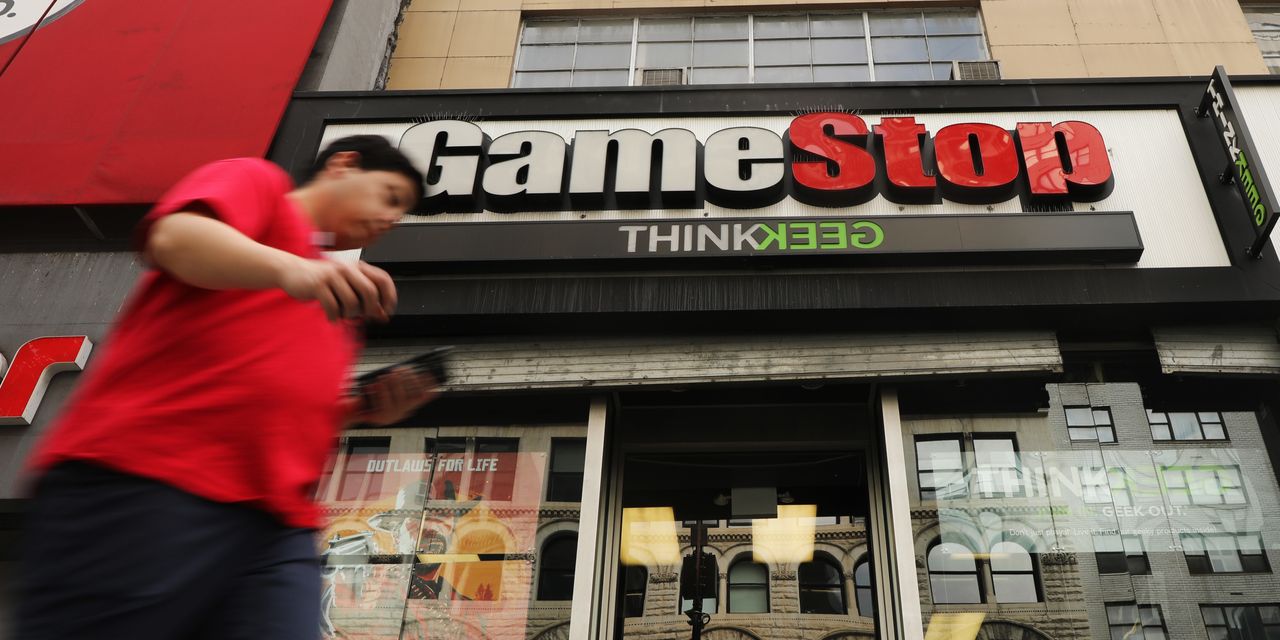 In a sea of red, one familiar meme stock was looking quite green indeed at Monday’s closing bell.

closed up 2.6% on the day, despite heavy sell-offs across the market as investors pointed to climbing cases of the delta COVID variant as a threat to the global economy recovery.

What news gave every retail investors’ favorite videogame retailer a boost on the same day that saw that Dow Jones Industrial Average
DJIA,

In fact, the big news on GameStop was no news, a situation that did not appear to bother the company’s army of fans on Reddit and Twitter, who made it abundantly clear that they very much still “like the stock.”

On Reddit, GameStop’s legion of so-called “Apes” touted their “diamond hands” and even shared they were buying option orders on Fidelity’s trading platform going into the close, even after experiencing issues buying GME earlier in the day.

“Nice! I truly do think this stock is undervalued even with all the [hedge fund] crap surrounding it,” posted user Highlander2748. “It will bear fruit. It may take a while, but it will be worth the wait.”

Volume on GameStop was well below it’s daily average, but data from HypeEquity showed that social media volume on the stock was up more than 100% on the day with mentions of “buying” and “holding” outpacing mentions of “selling” by more than 2 to 1.

“Banks, Disney, crypto, basically the whole market took fat losses today and it’s business as usual while we outperform most of the market and the only news story I see is how meme stocks are losing steam,” user WigglesPhoenix posted on subreddit Superstonk.

That sentiment bore out in other memes too.

shares did fall by more than 10% on Monday, shares were briefly in the green in the final hour of trading, and closed down by less than 1% after a furious rally. Clover Health Investments Corp.
CLOV,
,
another key meme stock, also fell early, but closed up 1.2% for the day.