Home
Stocks
Mark Hulbert: Why stock-trading apps like Robinhood plus social media are a potent brew for investors
Prev Article Next Article 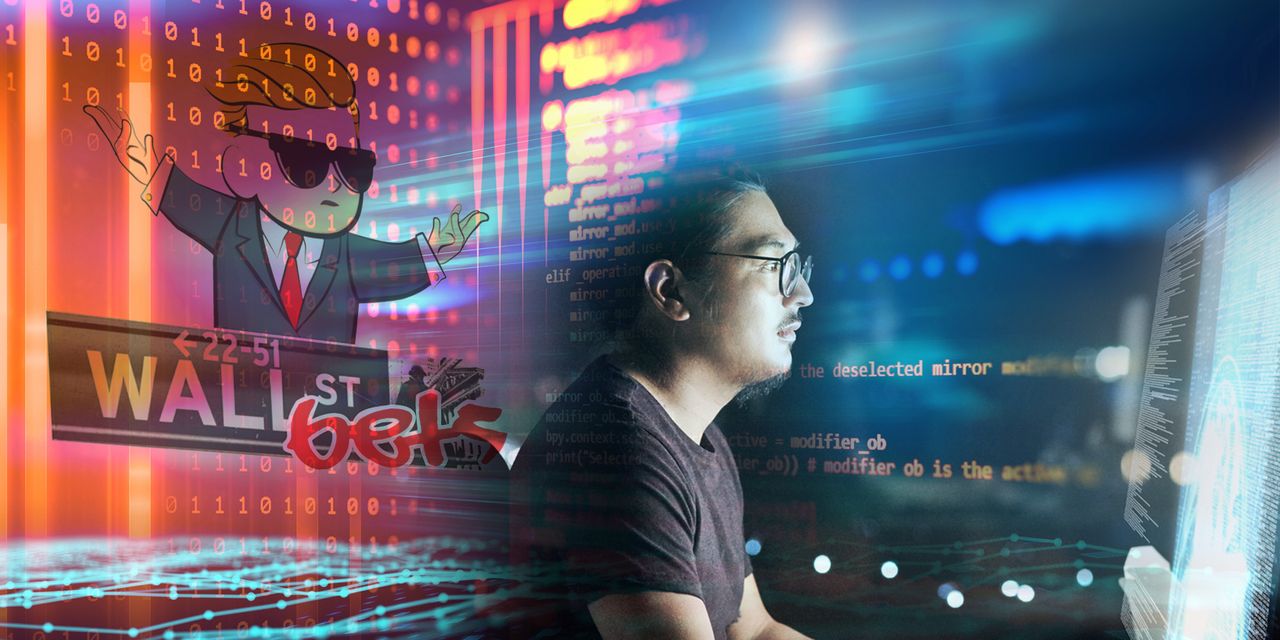 initial public offering, reportedly slated for July 29, comes a study shedding light not only why Robinhood is so popular with younger investors but also the often-toxic interaction of social media and investment behavior.

The study, in the August issue of the Journal of Economic Behavior & Organization, is entitled “Increased Risk Taking, Not Loss Tolerance, Drives Adolescents’ Propensity to Gamble More Under Peer Observation.” Its authors are Agnieszka Tymula, an economics professor at the University of Sydney, and Xueting Wang, a Ph.D. candidate in behavioral economics at that institution.

The researchers created elaborate experiments in which 18- to 24-year-olds were given the choice between a safe monetary outcome and a lottery win. In some experiments they made their choices while alone, and in others while being observed by their peers. They were far more likely to choose the risky lottery when being watched.

Though the study does not focus on Robinhood in particular, it helps to explain some of the riskier behaviors that have been associated with the online trading app. A spectacular example is the short-squeezes that Robinhood investors played a big part in helping to engineer earlier this year in stocks such as AMC Entertainment Holdings
AMC,

Users would boast on social media about their profits, exploits and the thrill of “sticking it” to hedge funds and short-sellers generally, reminding each other that “you only live once” (YOLO). The term “HODL” became popular, referring to a commitment to buy and hold regardless of volatility along the way. That term traces (according to Investopedia) to “a drunk, semi-coherent, typo-laden rant” on social media from an “investor with poor trading skills but a determination to simply hold.”

Tymula speculates, based on her research, that investors such as these may have been “motivated to take greater risks in each other’s (online) company.”

Of course, Robinhood users are not the only ones involved in stocks’ short-squeezes, or in the meme stock movement generally. And young adults were heavy users of social media before Robinhood was created. So lots of factors contributed to the potent combination that this new study’s authors document.

But I submit that Robinhood is at least an unindicted co-conspirator. Social media and social interaction are a big part of why Robinhood is so popular. The Robinhood app encourages investors to view investing as a game, with leaderboards and competitions. Users receive a free share of stock if they refer friends to sign up. They often post screenshots of their profits on social media.

In response to a request for comment, a Robinhood spokesperson e-mailed: “We are proud that the new generation of investors, who were sidelined for decades from participating in one of the biggest engines for economic growth, now have access to help grow their wealth and participate in the markets. We built Robinhood to give everyone the tools and education to make decisions about their own financial futures.”

It’s worth emphasizing that young adults’ increased risk-taking in the presence of peers is hardly confined to stock trading. So it would be surprising if young adults did not engage in risker investment behavior when being watched.

The investment implication for all of us is to avoid risky investments pursued because of the social thrill of undertaking that risk. That requires some honest self-reflection, since this behavior is mostly, if not completely, unconscious.

The alternative is to let your portfolio possibly become too risky. Hyper-risky portfolios are never a good idea at any time, but they would be among the biggest losers in the event that the current stock market is a bubble about to pop.

Also read: The Robinhood IPO is coming, but steer clear

Plus: The price-to-earnings ratio is flawed as a stock market indicator. This is how to make it more accurate