By Emma Thomasson and Ilona Wissenbach

Lufthansa has reacted to competition from Ryanair (I:) and easyJet (L:) by cutting costs and announcing a turnaround plan in June for its own budget airline Eurowings, which it said on Thursday was paying off as third-quarter figures beat forecasts.

The next round of cuts will target its Austrian Airlines, Brussels Airlines and Lufthansa Cargo businesses, it said.

Its shares, which have fallen 16% in the last year, were up 6.6% at 1515 GMT, making them the biggest gainer on the German blue-chip index () and putting them on track for their best day in a year.

The results were the airline’s most bullish for some time, Bernstein analysts said.

“Capacity growth is benign in its home markets through winter, cost savings are ramping up, and we are getting signs of capacity and capex relief in 2020,” they said.

Industrial action could be a major headache for Germany’s largest airline too.

Cabin crew launched a strike over pay and pensions that will result in the cancellation of 1,300 flights on Thursday and Friday and affect 180,000 passengers. Trade union UFO has called for the walkout on what amounts to one in five of the carrier’s planned 6,000 flights.

One day of strike action would cost the company an estimated 10 million to 20 million euros, finance chief Ulrik Svensson said. Even rumors of a walkout would deter customers, he added.

On Thursday, it said slower growth at its competitors was helping to counter pricing pressures in Europe.

Lufthansa said the Eurowings plan was showing first results and it should achieve a margin of 7% in the longer term.

Lufthansa said it would seek additional annual cost savings at Austrian Airlines of 90 million euros by the end of 2021 that would include staff cuts, closing decentralized bases to focus on its Vienna hub and standardizing its fleet.

Spohr said 700-800 jobs would be cut at the Austrian airline.

“In an increasingly challenging market environment, it is more vital than ever that we consistently take every action within our influence and further reduce our costs,” Svensson said.

“We have resolved several further measures to improve the performance of our only modestly profitable and even loss-making companies,” he said.

Lufthansa said it would make changes to the route network at Brussels Airlines, streamline its administration and standardize its fleet.

It will cut the size of the fleet at Lufthansa Cargo, withdrawing all 10 Boeing MD-11 freighters by the end of 2020, and adding two Boeing 777Fs to the seven it already uses. 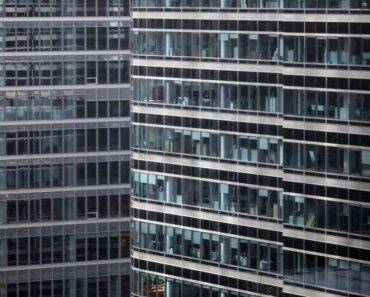