Home
Stocks
Key Words: Blowout! Pelosi says salon owes her an apology for ‘setting me up’
Prev Article Next Article 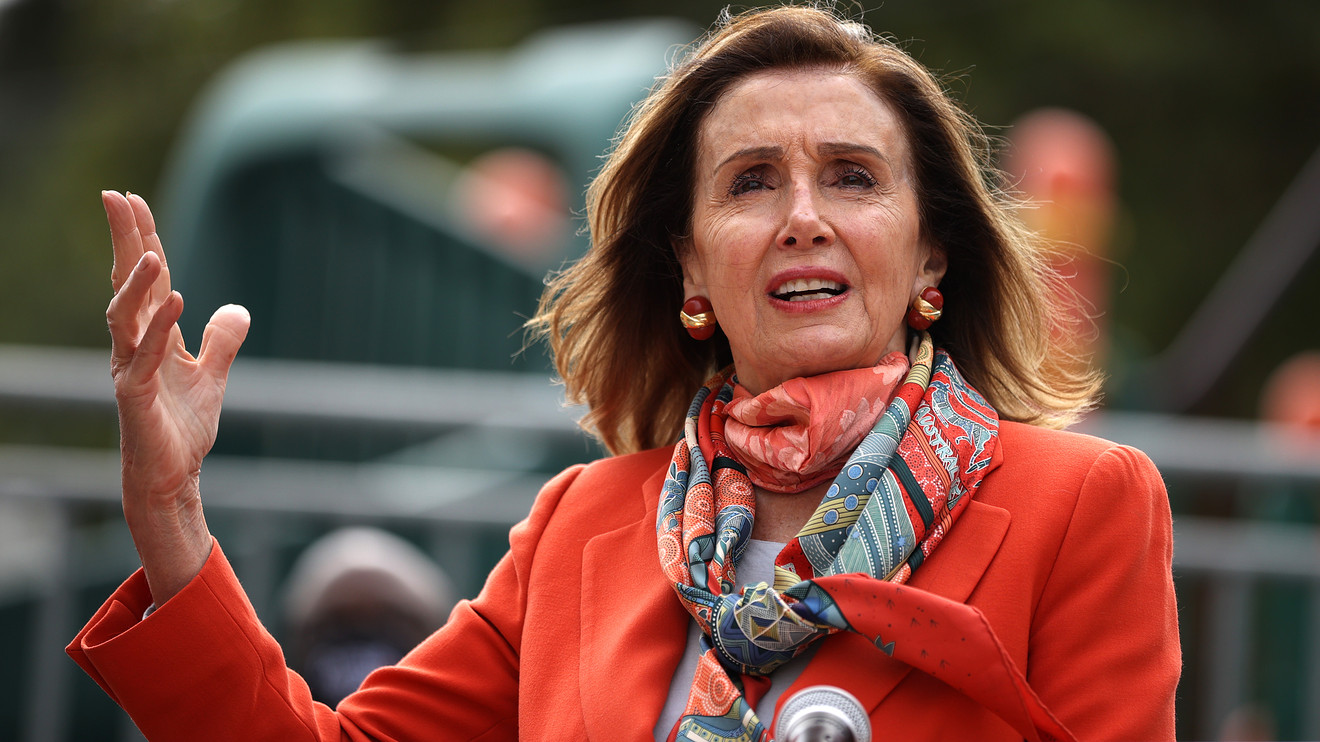 Nancy Pelosi is blaming a San Francisco salon for making her look bad.

The House Speaker was widely criticized on Wednesday after security footage aired by Fox News showed her getting her hair shampooed and blown out at the eSalon on Monday, even though Bay Area salons were still closed over coronavirus concerns. Hair salons were only just allowed to reopen in a limited capacity on Tuesday — and just for outdoor hairstyling services that don’t include shampooing, at that.

The video clip showed Pelosi, who has pushed for wearing face masks in public during the pandemic, walking around the salon with her own mask down around her neck. Her stylist is shown wearing a mask on her face, however.

Salon owner Erica Kious told Fox News that her beauty parlor rents out chairs to independent stylists, and one of these contractors told Kious she was doing Pelosi’s hair on Monday.

“I was like, are you kidding me right now? Do I let this happen? What do I do?” Kious told the news program. She said Pelosi’s unexpected appointment was “a slap in the face” that “she feels that she can just go and get her stuff done while no one else can go in, and I can’t work.”

Pelosi’s spokesman Drew Hammill responded in a statement that, “This business offered for the Speaker to come in on Monday and told her they were allowed by the city to have one customer at a time in the business. The Speaker complied with the rules as presented to her by this establishment.”

Now Pelosi is demanding an apology from the salon, calling the whole thing a “setup” during a press conference addressing the matter on Wednesday afternoon.

“I take responsibility for trusting the word of the neighborhood salon that I’ve been to over the years many times, and when they said, ‘We’re able to accommodate people one person at a time,’ I trusted that,” she said at an event about school reopenings covered by the San Francisco Chronicle. “It was a setup, and I take responsibility for falling for a setup.”

“ “I think that this salon owes me an apology, for setting me up.” ”

Pelosi said that her mask was pulled down in the security footage because she had just had her hair washed. “I don’t wear a mask when I’m washing my hair. Do you wear a mask when you’re washing your hair? I always wear a mask,” she said.

The hairdo became such a to-do that President Donald Trump took shots at the speaker on Twitter TWTR, +6.12%, joining a chorus of conservatives calling her a hypocrite for not wearing a mask after pushing for mask mandates. “Crazy Nancy Pelosi is being decimated for having a beauty parlor opened, when all others are closed, and for not wearing a Mask – despite constantly lecturing everyone else,” he tweeted.

“The Beauty Parlor owner must really dislike Crazy Nancy Pelosi. Turning her in, on tape, is a really big deal,” he continued in a second missive.

And Republican National Committee spokesperson Liz Harrington emailed reporters to note that salon owners who have opened their business against local laws have been jailed. “You can’t get your hair done, eat inside at a restaurant, travel, attend a funeral, or protest without mandatory quarantining. But Democrats can,” she wrote. “This isn’t about health or science. It’s about power. Democrats want to rule your life. But don’t expect their rules to apply to them.”

The #SalonGate was all that reporters wanted to ask Pelosi about during her school presser on Wednesday, much to the speaker’s chagrin.

“We have to get this country moving again, and I will not let this subject take away from the fact that we have 185,000 plus people who have died from this virus,” Pelosi said.