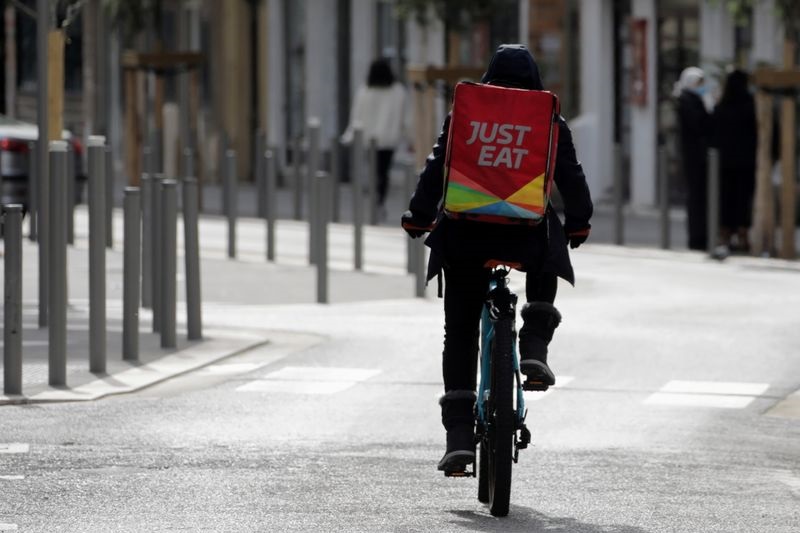 Investing.com — Amsterdam-listed shares in Just Eat Takeaway (AS:TKWY) soared by more than 26% on Friday after the ailing food delivery service announced a sale of its stake in Brazil-based app iFood worth up to €1.8 billion.

The deal will see Movile, an affiliate of Dutch investment group Prosus (AS:PRX), buy the remaining 33% of iFood it does not already own from Just Eat. The agreement will include €1.5 billion once the purchase is closed, plus an extra €300 million dependent on the performance of the online food delivery industry over the next year.

Shares in Prosus rose by just under 1% in early European trading.

The sale, which still requires approval at Just Eat’s next general meeting, is set to be completed by the fourth quarter of 2022.

Analysts at Jefferies said that while the move greatly benefits Just Eat’s finances, the company has accepted a “material haircut” in the price of iFood. Just Eat previously turned down a €2.3 billion bid for iFood in 2021, with Chief Executive Officer Jitse Groen claiming the offer undervalued the Sao Paulo-based firm.

Just Eat said it will use the proceeds from the transaction to strengthen its balance sheet and pay off upcoming debts, adding that it remains “focused on improving its profitability and on a disciplined allocation of capital.” The Jefferies analysts called the sale a “clear positive” for the group.

Just Eat has seen its share price fall sharply by more than 78% over the past year, as the loss-making business struggles to hit a targeted return to operating profitability by 2023.

Demand for food deliveries has begun to dry up, with a recent spike in living costs forcing consumers to forego spending on takeaway meals. Just Eat posted a 7% slump in first-half orders versus the same six-month period last year.

Earlier this month, the company also declared a €3.1 billion write-down on the value of its U.S. unit Grubhub. The company said in a statement that it is continuing to “actively explore” a partial or full sale of the division, but warned that there can be no certainty about the timing or terms of such an agreement.