Investing.com — The markets were muted as everyone waited to hear the Fed’s thoughts on the current state of the economy.

The indexes have surged to record highs in recent days as a strong vaccine rollout and reopening trade overcame fears that inflation is in danger of running hot.

But the Fed is more focused on the labor market recovery, as its meeting minutes from last month’s policy meeting showed on Wednesday. The green shoots are sprouting, but the economy still needs help, the Fed said.

At last month’s meeting, the Federal Open Market Committee let interest rates alone at zero to 0.25% and promised to keep bond purchases at a monthly pace of $120 billion.

While job data has shown the labor market is rebounding, there is still much room for improvement. More data on unemployment claims is due out on Thursday.

Here are three things that could affect markets tomorrow:

After a series of stronger than expected economic reports in recent days, attention now turns to who has still been left behind in the reopening. President Joe Biden is out promoting his jobs and infrastructure plan, which has come under pressure from Republicans for not spending enough on actual infrastructure. Half the $2 trillion package goes to building out broadband, retooling manufacturing, rehabilitating schools and other projects.

New York State, looking to close a $15 billion funding gap, approved a budget that makes way for online gaming, a long-anticipated move that could generate millions in tax revenue. It could also boost the shares of gaming companies DraftKings Inc (NASDAQ:DKNG) and Penn National Gaming Inc (NASDAQ:PENN) as well as casino companies like MGM Resorts International (NYSE:MGM) that have been building out e-gaming and online sports books.

Plaid has tripled its valuation just months after scuttling a deal with Visa Inc Class A (NYSE:V), another sign of the growing threat of fintech on big banks. The company announced a $425 million funding round on Wednesday, boosting its valuation to $13.4 billion. Another fintech, Robinhood, is preparing a public offering, while more established players like Square Inc (NYSE:SQ) and PayPal Holdings Inc (NASDAQ:PYPL) have gained ground in the payments business.

JPMorgan Chase & Co (NYSE:JPM) CEO Jamie Dimon said in his annual letter to shareholders that competition is intensifying, adding that “acquisitions are in our future and fintech is an area where some of that cash could be put to work.” 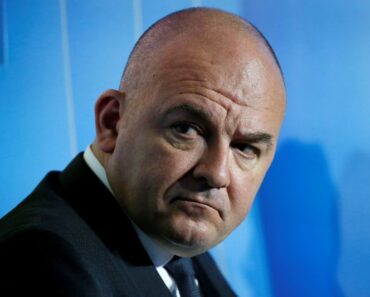