Home
Market
Italian Banks Most Exposed to Virus-Hit Sectors, Risking Capital
Prev Article Next Article
This post was originally published on this site 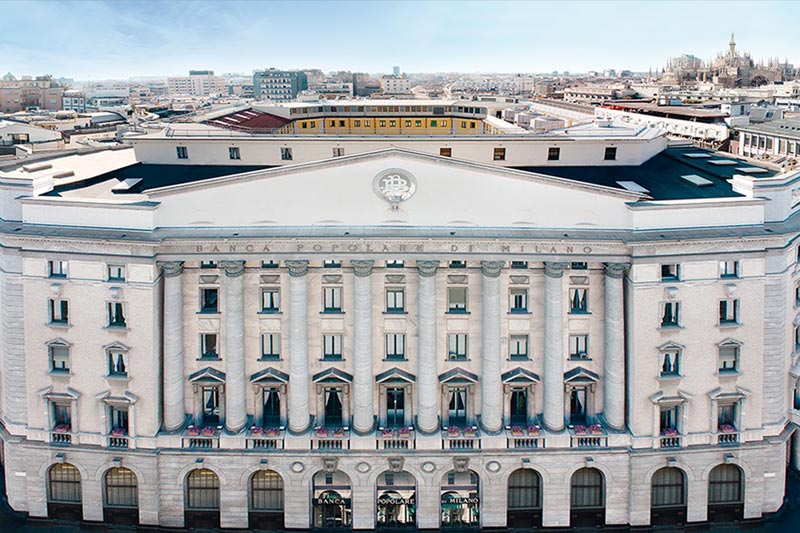 Credito Emiliano SpA, Banco BPM SpA, BPER Banca SpA and Unione di Banche Italiane SpA top the list of more than 100 European banks exposed to industries badly hurt by the crisis, according to a research conducted by Eric Dor, director of economic studies at the IESEG School of Management in Lille, France.

“Loans to depressed sectors by several Italian banks are more than four times larger than their CET1 equity, so their capital would be wiped out if 25% of their loans default,” Dor said in a phone interview. The sectors suffering the most are wholesale and retail trade, construction, manufacturing, accommodation and food service, as well as transportation and storage, according to the research.

A 10% depreciation of the loans to the vulnerable sectors would hit capital ratios very hard at Credito Emiliano, Banco BPM, BPER, and UBI, according to the research, which cites data from the European Banking Authority.

RCI in France, Bankinter SA in Spain, Piraeus Bank SA (OTC:BPIRY), Eurobank SA and Alpha Bank AE in Greece and Hamburg Commercial Bank in Germany are the most exposed in their respective countries.

While some of the banks are protected by fairly high capital levels, some have a much smaller margin of error. Those include Credito Emiliano, Banco BPM, BPER Banca, Bankinter and Piraeus Bank, according to the research.

“Some banks may need to be recapitalized in such a scenario, but I think this is a manageable situation, because most of the largest lenders are well capitalized after the cleanups of recent years, and are able to face a big increase of loan loss provisions,” Dor said.