Home
Stocks
: How to help tornado victims in Kentucky and elsewhere — ‘We’re going to grieve and then we’re going to rebuild’
Prev Article Next Article 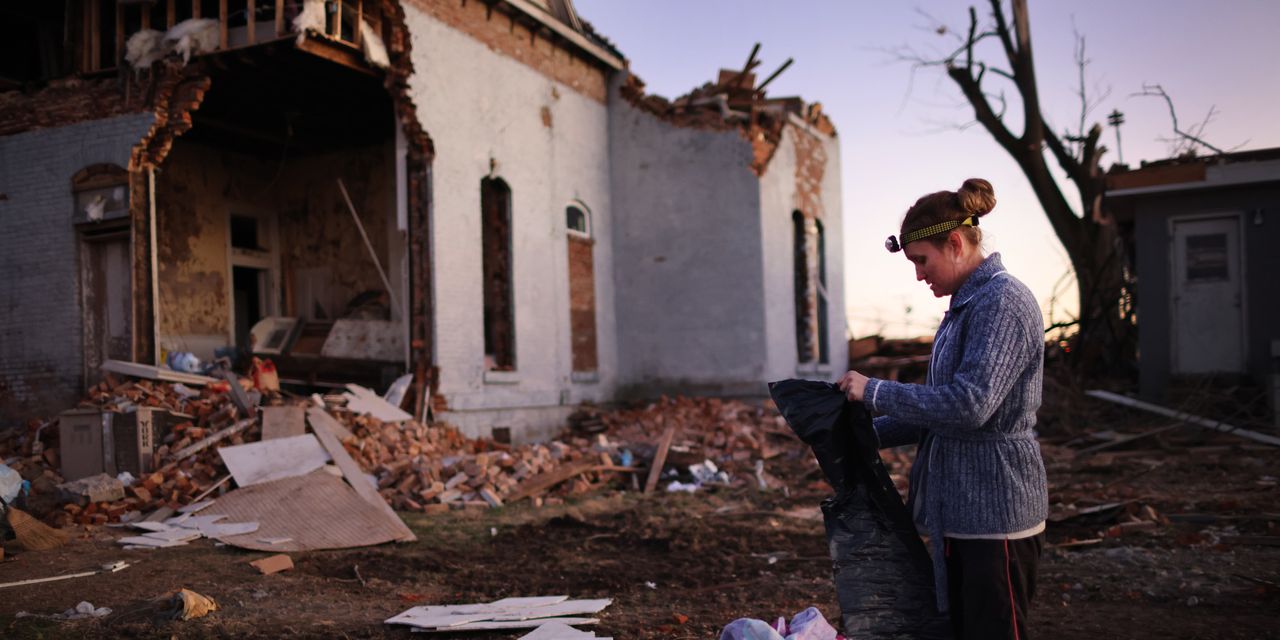 It took hours this weekend for tornadoes to cut a path of destruction in Kentucky, Arkansas, Missouri and Tennessee.

It will take much longer for survivors to pick up the pieces of their lives and start again — and that’s where the rest of the country can help with charitable contributions.

In Kentucky alone, Governor Andy Beshear, a Democrat, said Monday the confirmed death toll from the so-called “quad-state tornado” stood at 64 on Monday, according to the Associated Press.

He was bracing for the grim number to climb. “But we’re digging out. We are tough. We’re going to grieve and then we’re going to rebuild,” Beshear said in a Sunday interview on “Face the Nation.”

The combined death toll in Illinois, Tennessee, Arkansas and Missouri was at least an additional 14 people, the Associated Press said of the tornadoes that tore through late Friday and early Saturday.

“These are communities that are going to need sustained, multi-year financial support to get back on their feet,” said Regine Webster, vice president of the Center for Disaster Philanthropy, an organization that advises philanthropies on contributions in the wake of disasters.

Four years after Hurricane Harvey rampaged through Houston, Webster said there are still people who haven’t been fully relocated. That’s a major metropolis with all kinds of media outlets to catch public attention, in contrast to many areas in the path of the recent tornadoes that might not stay in focus as the world keeps moving.

80% of philanthropic contributions end within two months of a disaster, research from Webster’s organization shows.

The Center for Disaster Philanthropy is one of the nonprofit organizations listed by the charity evaluator Charity Navigator as a group people may want to consider donating to in the wake of the newest natural disaster. Wherever they give, donors should hold onto their receipts for tax time, so they can take advantage of a charitable contribution write-off that is scheduled to end at the end of 2021.

Here are some suggestions on where to give for the short-term aid and long-term recovery.

This is a relief fund created by Beshear’s office and it’s already raised more than $2.3 million, Beshear said, according to Fox 5 Atlanta. The fund is collecting money for funeral expenses and rebuilding efforts, according to local reporting by WFPL.org.

The organization says it’s providing disaster relief in Kentucky and the various other regions where the tornadoes touched down. “People lost loved ones, their homes, everything is just gone for them. We’re moving as quickly as we can to get much needed disaster relief and blood products to area hospitals in these communities that are unrecognizable now,” said Steve Cunanan, regional executive of the Kentucky Red Cross. Here’s where to find the local Red Cross chapter.

At Feeding America, Kentucky’s Heartland — a member of the national Feeding America network of food banks — the organization works with more than 200 pantries, soup kitchens and anti-hunger programs in 42 Kentucky counties.

That includes Graves County, where the city of Mayfield is located. The city’s downtown was “completely devastated,” Beshear said this weekend.

The timing of the tornadoes striking two weeks before Christmas has heightened the impact for many. Suddenly, many families will have so much more to worry about than holiday shopping. For some displaced families, a little bit of holiday joy from a donated present might go a long way. Toys for Tots is organization people can consider.

There are several toy drive campaigns in the area of the tornadoes, including Bowling Green, Ky. Here’s a site to find local Toys for Tots programs.

People who want to give money now need to consider that when national public attention wanes, the local need will still be there, said Webster at the Center for Disaster Philanthropy. One way to make donation dollars really count for the long term is by donating to the organizations already in place in these communities long before the tornadoes, Webster said.

It’s difficult for people halfway across the country to have the local knowledge, but Webster said they can donate to local community foundations that do possess that critical understanding when they determine which organizations deserve their contributions.