Home
Market
German finance minister: tax on share dealing could be extended to other assets
Prev Article Next Article

Scholz’s plan for a tax of 0.2% of the transaction value of purchases of shares in large companies was widely criticized when floated this month, with critics angered that it excluded the volatile, leveraged instruments that they believe drive market instability.

But Scholz told the Funke newspaper consortium in an interview to be published on Saturday that extending the tax to other asset classes would require a broader European consensus.

“If experiences with the introduction are positive then it will be easier to achieve that consensus,” he was quoted as saying.

Apart from Germany, which wants to use the tax to finance a 1.5 billion euro plan for a minimum pension, the countries that plan to introduce the tax are Austria, Belgium, France, Greece, Italy, Portugal, Slovakia, Slovenia and Spain.

Separately, Scholz told the newspaper that he hoped to secure agreement with Germany’s states for an agreement that would relieve heavily indebted municipalities of their most crippling debts, freeing them to invest again.

Some 2,500 municipalities, mainly in north-western Germany, would be affected by the measure, which would see the federal government joining forces with the states in which the communes were located to assume some 20 billion euros in debt.

While the low interest rate environment was favorable for such a measure, Scholz said he needed the acquiescence of wealthier states like Bavaria, which did not need the debt relief.

“In federal states it’s sometimes like a family, where one child complains when the other gets a new jacket,” Scholz said. “We can only find a good answer if the states that don’t have difficulties don’t insist on getting something.”

With Germany’s economy cooling markedly after a decade-long boom, Scholz has faced pressure to clear the way for stimulus spending, something he has been reluctant to do. 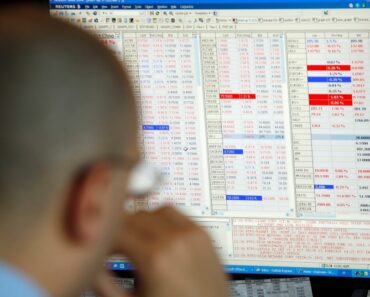