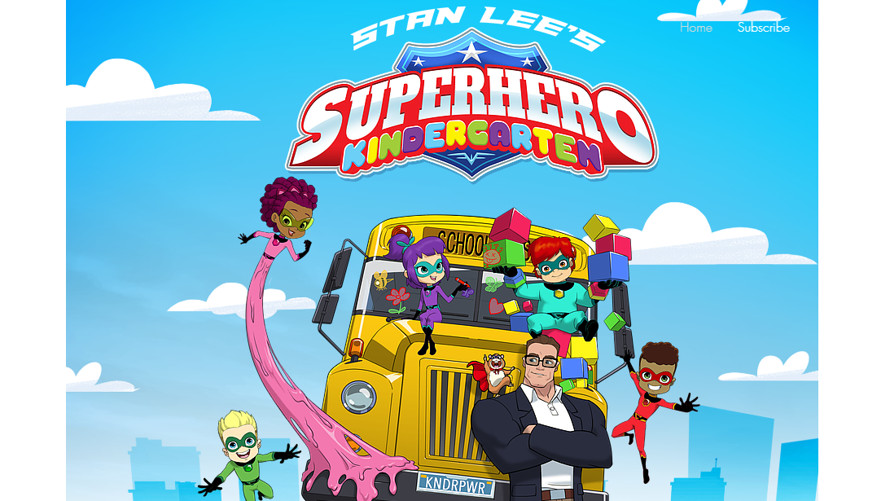 Schwarzenegger has elected to receive warrants to buy Genius Brands common stock, as an advance on his profit participation in the show “Stan Lee’s Superhero Kindergarten,” which he is starring in and co-producing. The show is expected to premiere in the U.S. in 2021 on Amazon Prime.

The company said any further payouts to Schwarzenegger are expected to be in cash.

“His tens of millions of followers on Facebook, Instagram and Twitter will bring not only a devoted following to the series, but to Genius Brands overall,” Chief Executive Andy Heyward wrote in a letter to shareholders. “This, added to millions of Stan Lee followers, puts rocket fuel in our Genius Brands’ tanks, and it would be impossible to overstate the importance of this event.”

The stock has been in the spotlight of late, as it has skyrocketed more than 2,000% over the past three months. The stock closed at a 5-year high on June 3, before starting to pull back last week after the company registered for the sale of up to 60.1 million shares of stock by selling stockholders. The company also recently announced significant hires to run its Kartoon Channel!.

Don’t miss: Genius Brands stock rockets more than 2,400% in a month, ahead of ‘important news’ in coming days.

Genius Brands said “Superhero Kindergarten” was one of the final projects of Stan Lee, the celebrated comic-book creator who died in 2018, and was known for working on TV shows such as “Agents of S.H.I.E.L.D.,” “Guardians of the Galaxy” and “Avengers Assemble.”

The show will also be co-produced by Genius Brands with China-based Alibaba Group Holding Ltd. BABA, -0.28% , Lee’s POW! Entertainment and Schwarzenegger’s Oak Productions. The show will be scripted by Fabian Nicienza, the co-creator of “Deadpool.”

“I am honored to help realize Stan’s vision of creating a children’s cartoon series that not only entertains with superhero adventures, but also imparts valuable lessons about the importance of health, exercise, nutrition, antibullying, and diversity,” Schwarzenegger said.

–Jeremy Owens contributed to this report.