FRANKFURT/ZURICH (Reuters) – The Credit Suisse (S:) spying debacle risks tipping the bank into a crisis that could engulf its top executives.

Switzerland’s market supervisor is scrutinizing Credit Suisse’s oversight of chief executive Tidjane Thiam and his top lieutenants as part of a probe into corporate espionage, two people with direct knowledge of the investigation said.

Depending on the outcome of the investigation, FINMA could order Credit Suisse to overhaul its leadership, including requesting the resignation of any executive or board member if it concluded they failed to act in a ‘fit and proper’ manner, the people said.

They added that the probe was at an early stage and no conclusions had yet been drawn.

A spokesman for FINMA declined to comment. The watchdog said in December that it would appoint an independent auditor to help with its ongoing investigations into the compliance issues raised by the surveillance.

A spokesman for Credit Suisse said any suggestion that FINMA would focus on its senior management or its directors was speculation.

“Such speculation is unfounded and serves only to pre-judge the outcome of what is an audit and not an enforcement action,” the spokesman said.

“FINMA will conduct an independent audit which is not an enforcement. The final decree has not yet been issued and an auditor has not been appointed.”

Credit Suisse has said Thiam was unaware of the surveillance and said former Chief Operating Officer Pierre-Olivier Bouee, a longtime confidant of Thiam, initiated it in a solo run.

Bouee resigned after taking responsibility for the spying, the bank said in October. He has not commented publicly on the scandal and Reuters could not reach him for comment.

FINMA’s chairman, Thomas Bauer, has said that the use of external security companies is, “not a supervisory issue per se” but there were unanswered questions about governance and control arising from Credit Suisse’s surveillance activities.

As part of the inquiry, FINMA is investigating whether the bank’s board gave Thiam free rein to run a “bank within a bank”, one of the people said.

Credit Suisse said the characterisation of a “bank within a bank” was “absurd”.

“The Chairman and the Board of Directors have regular and open conversations with the CEO on his activities and the operations of the bank,” the spokesman said.

“Credit Suisse is governed according to the highest international standards and to suggest otherwise is wholly incorrect.”

Credit Suisse could mount a legal challenge if FINMA orders it to take measures it disagrees with, a third person said.

Banks typically follow FINMA’s direction. In 2018, for example, Raiffeisen, Switzerland’s third-largest bank, completely overhauled its board after FINMA said it needed ‘fresh blood’ after finding serious breaches in its supervision of a former CEO.

But some of FINMA’s decisions have been appealed, including last year when a court ruled it should reconsider its confiscation of 95 million Swiss francs from a small bank.

The stakes are high for both parties. Credit Suisse is battling competitive headwinds and FINMA is tasked with protecting the reputation of Switzerland’s multi-trillion-dollar banking industry, the world’s biggest center for offshore wealth.

“FINMA is under political pressure to investigate this case and corporate governance is under their remit,” said Peter V. Kunz, a legal expert at the University of Bern. “But they will need to find illegal wrongdoing before they can remove the bank’s management.”

NOT AN ISOLATED EVENT

Credit Suisse has been under pressure since September when details emerged of a botched surveillance operation conducted by the bank against former wealth management chief Iqbal Khan, previously one of its most senior executives.

According to the bank’s own probe of the spying, carried out by Homburger, a Swiss law firm, Bouee ordered the surveillance to see if Khan was trying to poach Credit Suisse colleagues to join him at UBS.

Khan had left Credit Suisse for its crosstown rival over the summer. After the spying scandal broke, details of animosity between Thiam and Khan emerged in the local media. Khan had bought the house next door to Thiam and the pair quarreled over a construction project Khan was carrying out on his property, according to a person with direct knowledge.

Homburger has said the relationship between Thiam and Khan was not part of its investigation and it found no evidence that the surveillance was related to their possible differences. It also said that it had access to only some private communications during the probe, while others were deleted.

The firm declined to comment further to Reuters about its investigation.

FINMA has said it will review the handling of information and the use of electronic communications as part of its review.

Following its internal probe, Thiam called the spying an isolated event and Chairman Urs Rohner said that staff surveillance was not “part of our toolbox”.

Two months later, it emerged the bank had also spied on its former head of human resources, Peter Goerke, another longtime ally of Thiam.

Credit Suisse again publicly blamed Bouee and described a rogue operation in which all executives and directors, including Thiam, were kept in the dark. The bank said Bouee had been terminated for cause, which means his bonus and other potential compensation would be forfeited. 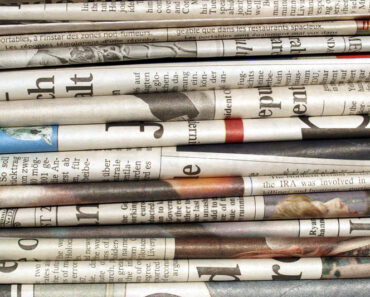